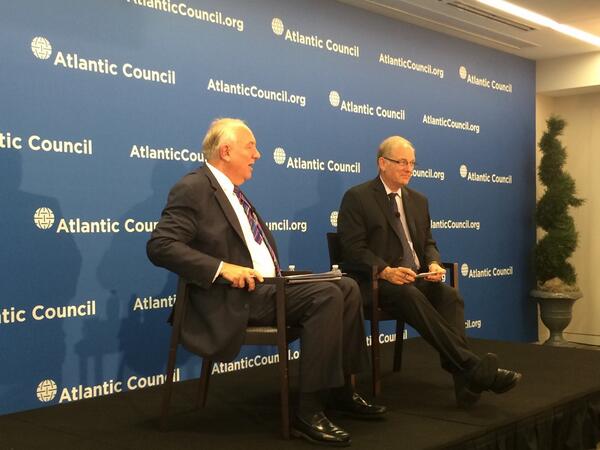 With more than 162,000 killed in Syria’s ongoing and brutal conflict, the war has exacted a human cost that now surpasses the atrocities in former Yugoslavia & Sierra Leone. Stephen J. Rapp, Ambassador-at-Large of the US State Department’s Office of Global Criminal Justice, spoke with Ambassador Fred Hof, senior fellow with the Rafik Hariri Center for the Middle East, at the Atlantic Council on July 2 on the challenge of promoting accountability & protecting civilians in Syria.

The conflict in Syria brings back a number of questions on how to hold perpetrators of war crimes and crimes against humanity accountable amid ongoing hostilities and diverse power players in the country. While the Syrian regime commits many of the crimes reported in the media, non-state actors such as the Islamic State of Iraq and al-Sham (ISIS) are also to blame. Ambassador Rapp emphasized that holding all sides to account is essential to return peace and stability to the country.

View the Storify page on the Atlantic Council website for a video of the discussion and comments on Twitter here.