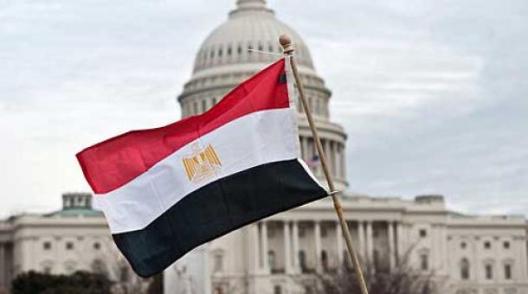 As Congress races against the clock to complete a $1.1 trillion omnibus appropriations bill to fund the federal government for the rest of Fiscal Year (FY) 2014, it has included in the legislation provisions to allow the Obama administration to resume Egypt aid suspended after last July’s military coup. The omnibus bill includes a few tweaks to the annual $1.5 billion military and economic aid package for Egypt, but overall keeps the program intact and free of meaningful democracy conditions.

The administration famously declined to declare to Congress that the Egyptian military’s July 3, 2013 ouster of elected Muslim Brotherhood president Mohamed Morsi was a “coup,” as many believe current law requires. But the White House still decided to suspend some economic aid, hold delivery of certain weapons systems, and avoid obligating the portion of FY 2014 Egypt funding allocated in last October’s temporary spending bill. The administration has argued that these measures were consistent with the law; it also wanted to signal displeasure with the new Egyptian government’s violent repression of the Brotherhood. But the administration has been pressing Congress for a waiver from the so-called coup law, most urgently to use FY 2014 funds to pay for military aid contracts.

The language in the omnibus bill, on which the full Congress is expected to vote later this week, would exempt Egypt entirely from existing coup legislation. In fact, the bill reads as if July 3rd and its violent aftermath never occurred. The bill requires the State Department to jump through just two easy hoops for FY 2014 aid.

First, for assistance for the Government of Egypt (as opposed to funding for scholarships or civil society groups), the Secretary of State would have to certify to the Committees on Appropriations that Egypt is sustaining a strategic relationship with the United States and is upholding the 1979 Egypt-Israel Peace Treaty.

Second, the Secretary would have to certify essentially that the interim Egyptian government is following its own declared “road map for a democratic transition.” He would not need to provide a US assessment of whether such steps are advancing democratization—or, as many believe, are creating a new military-dominated authoritarian system. After Secretary Kerry certifies that Egypt has held a constitutional referendum and is supporting a democratic transition (astonishingly broad conditions that the United States might even have tried to claim that the former Mubarak regime was satisfying), Congress would make available up to $975 million—both foreign military financing (FMF) and economic aid. The Secretary would not need to assess whether the constitution vote is free and fair—although in the current repressive Egyptian environment, it cannot be.

Then, after the Secretary certifies that the Egyptian government has held parliamentary and presidential elections and is taking steps to govern democratically (similarly vague and not very useful criteria), Congress would make available up to the remaining $575 million. These FMF conditions are even less detailed than what appropriators wrote into law two years ago. (Funds for counterterrorism, border security, nonproliferation, and Sinai development are exempt from these certifications.)

The only twist is that, in contrast to existing law, the bill does not specify military aid at $1.3 billion and economic aid at $250 million. Instead, it specifies a ceiling of “up to” those amounts, thereby giving Congress the ability to decrease the level. The Egyptian government is sure to be unhappy about this.

In another interesting detail, the bill says that Secretary of State “may” reduce FY 2014 economic aid by the amount expended by the US government for bail and legal fees for the four US democracy groups whose employees Egypt convicted in a sham trial in June 2013. This measure shows lingering congressional annoyance over this incident, albeit not in a way that would make any impression on the Egyptian government.

Until the Secretary of State has made these two “democracy” certifications, the bill says that the minimum rate necessary of FY 2014 and prior-year FMF can be used to continue payments on existing military aid contracts (even if the administration is still holding the delivery of the weapons themselves). This demonstrates the political and bureaucratic conundrum of the immensely complex US military aid program for Egypt, which was built four decades ago around an expectation of a permanent status quo in US-Egyptian relations that no longer exists. If the United States suspends or cuts off military aid—even in the unlikely event that Egypt decided to abrogate its peace treaty with Israel—it still needs to make sizeable payments to US military contractors, who are located in important congressional districts across the United States. Some experts contend that the contractors produce weapons that Egypt does not need anymore.

A related shortcoming in the omnibus bill is that it does not even call for a strategic review of Egypt aid.  This provision had been included in an earlier draft version. Such an assessment is long overdue. The Egypt Assistance Reform Act (EARA), passed last month by the Senate Foreign Relations Committee in a near-unanimous vote, at least would require the State Department to conduct detailed strategic reviews of FMF and economic assistance against an ambitious set of political, economic, and strategic goals. The EARA review would mandate a look at longstanding perquisites in Egypt’s FMF program such as cash-flow financing and at the possibility of redirecting some FMF to development programs in Egypt. If Congress wants to take up the need for a strategic review in upcoming debates about foreign assistance for FY 2015, the EARA provides a good place to start.

The Egypt language in the omnibus bill—buried in some 1,500 pages—is likely to pass with little debate, due to the huge pressure to enact the legislation in time to avoid another government shutdown. The bill reflects the desire of diverse entrenched interests to keep the decades-old aid program going, with little if any regard for what the deterioration in Egypt’s internal situation means for US interests. It conveys the worry, especially in the aftermath of last July’s coup, that without an ongoing aid program, the United States might not be able to engage with or influence Egypt.

Unfortunately, Congress still seems to be avoiding crucial deeper issues—how to reform a complex and opaque military aid program that is constraining US maneuverability in its relations with a volatile country and how to reposition the United States for this new phase of authoritarian resurgence in Egypt.

Amy Hawthorne is a senior fellow at the Rafik Hariri Center for the Middle East at the Atlantic Council.