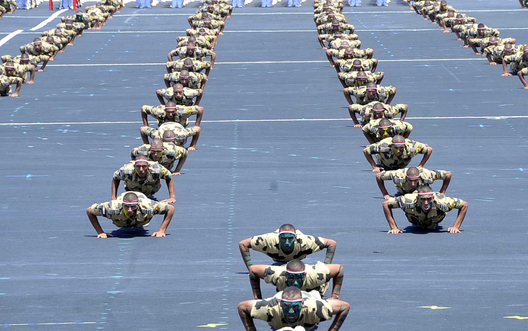 Staggering and confused from the heat and the rapid capitulation of the Egyptian army during the short lived Six Day War, Ibrahim El Sayed was dumbfounded when the Israeli soldier who was to capture him as a prisoner of war spoke to him flawlessly in an Egyptian Arabic accent.

It was a day after the worst defeat in modern Arab history (June 5, 1967) at the hands of an American backed, well trained Israeli military that territorially seized control of the Sinai, Gaza Strip, Golan Heights from Syria, West Bank from Jordan and East Jerusalem to expand the newly formed nation’s cartographic reach.“He told me he was born and raised in Wekalet El Balah, in Cairo. He even set me free telling me which way to escape,” said El Sayed. “No matter what, the Egyptian Jew who drank from the Nile and lived on its land, still has a soft spot for Egypt and its people.”

El Sayed was eventually detained by other Israeli soldiers from El Arish, Sinai’s capital, that is now teeming with fighters from the Islamic State (ISIS, ISIL, Daesh) Sinai Province branch, and have established a foothold in the lawless Peninsula.

He spent a harrowing five months in the Atlit camp for prisoners of war (POW), about twenty kilometers (12.4 miles) south of the stunning coastal town of Haifa.

The British Mandate government originally built the camp to house Jewish refugees escaping the Holocaust. It was then transformed into a POW camp by the Israeli government, an unforgiving place for its mostly Egyptian and Lebanese detainees.

The young soldier who worked as an administrator at al-Gomhuria, a semi-official newspaper that still toes the state line today, was picked up in a military convoy along with fifty-three other detainees and driven to Atlit. On the twelve hour journey blindfolded and drenched in sweat and fear, a hail of bullets rained on the convoy.

El Sayed, along with two other soldiers, were the only survivors. He was shot in his left hand as he tried to protect his head.

“I didn’t flinch or make a sound so I wouldn’t get hit again. My arm was on fire. My hand was a tap of blood gushing out of me,” he recalled.

When El Sayed eventually arrived to the camp, he described a litany of horrors, deemed war crimes by the International Red Cross, which POWs had to endure.

“What we saw in the detention center had nothing to do with humanity. We slept on concrete flooring, and it was so cold at night because it was an open air building without a roof—it was like a fridge at night. Skin diseases and lice were rampant among us. There were no functioning toilets. Hundreds of my comrades were executed in cold blood over the months I was there,” he added.

Fifty years on from the shattering geopolitical forces that continue to haunt the region, El Sayed, now 71, is not critical of the country’s former beloved leader Gamal Abdel Nasser’s failed military strategy.

“It was the USS Liberty that told Egyptian troops to retreat. So we all dispersed haphazardly and that gave the upper hand to the Israelis,” he said.

On June 8, 1967, Israeli torpedo ships and an Israeli fighter jet mistakenly attacked the USS Liberty, an American spy vessel off the coast of the Sinai Peninsula, killing thirty-four crew members. This became a decisive turning point in the war according to El Sayed, as it was militarily coordinated with the Egyptians.

He laments that soldiers who fought on the frontlines in 1967 had been eliminated from the official annals of Egypt’s modern history.

“The Naksa (defeat) is spoken about like a Greek tragedy”, said Alia Mossallam, a political scientist at the Alexander von Humboldt Stiftung in Berlin who has extensively researched popular culture during Nasser’s reign.

The historical obfuscations of Egypt’s defeat carries on today with many protestors arrested last week for opposing the transfer of two strategic Red Sea islands, Tiran and Sanafir, to Saudi Arabia. The uninhabited islands that Israel seized during the Six-Day War were handed back to Egypt as part of the 1979 Camp David Accords during Anwar El Sadat’s time.

Egyptian President Abdel Fattah al-Sisi ratified a deal last month that ceded Egypt’s sovereignty over the islands in the Gulf of Aqaba to Saudi Arabia. This has struck a nerve with many Egyptians who have imbibed a steady nationalist history with an emphasis on the patriotic emotions stirred by imagery of the land, since defeating Israel in the October 1973 war.

“There are attempts of similar propaganda today but it is not working,” said Mosallam, pointing to the rise of social media as a tool of accountability for citizens.

Amin Gomaa, another 1967 veteran and POW who eventually participated in the 1973 victory for the Egyptian military, is incensed at the islands’ transfer.

The political reverberations of the crucial war and how it affects the delicate machinations of geopolitical instability between rival powers until today are not lost on Gomaa, who spent five months in Atlit camp after being captured on June 5, 1967.

For Gomaa, he remains a loyal Nasserist and is lobbying the Egyptian government, along with El Sayed and other surviving prisoners of war, to be paid reparations from Israel for their war crimes, including killing three hundred unarmed Egyptians, according to Israeli historians.

A final court verdict issued earlier this year stipulated that Egypt must prosecute Israel for its inhumane treatment and torture of Egyptian prisoners of war.

Yet, the prospects of reparations remain unlikely as Israeli-Egyptian relations continue to strengthen. Egypt was the first Arab country to sign a peace treaty with Israel, but that has not changed the common perception among Egyptians who still regard Israel as an occupying force of Palestine.

“After fifty years, I feel like I did all I could at the time. Today I am 72 and I am proud to have fought for my country. I defended our land,” Gomaa said.

“I wasn’t the only—we were three brothers in the army at the same time actually. I was captured, one was killed and the last was unharmed. It was a heavy burden for our family.  I remember my mother saying after all of what happened to our family, thank God! It was also the same for millions of other Egyptians.”

Farid Farid is a journalist based in Cairo. His work has been published in various outlets including The New York Times, The Guardian, Egypt Independent and in academic journals including Social Semiotics. Follow him on Twitter: @FaridYFarid

Image: Photo: Military students display their training to mark the opening of the Mohamed Najib military base, the graduation of new graduates from military colleges, and the celebration of the 65th anniversary of the July 23 revolution at El Hammam City in the North Coast, in Marsa Matrouh, Egypt, July 22, 2017. REUTERS/Egyptian Presidency