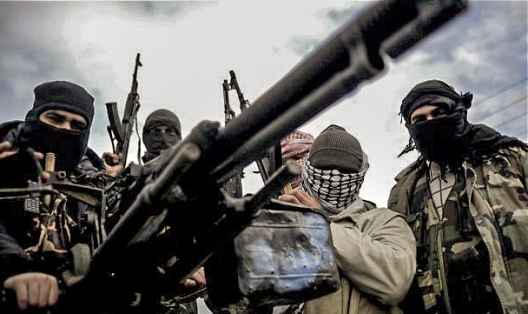 The Iran-led Shia crescent, extending from Iran westward to Iraq, Syria, and Lebanon, began its ascendancy ten years ago. The Shia crescent is a term that King Abdullah of Jordan coined in 2004 in the aftermath of the US-led invasion of Iraq and removal of Saddam Hussein. Whatever the merits of the US decision to rid Iraq of Hussein, one of the strategic results of the Iraqi invasion included an emboldened Iran.

Any observer of the region from 2003 to the eve of the Arab Spring could see the regional imbalance caused by the removal of Saddam and empowerment of the Shia majority in Iraq. Mahmoud Ahmadinejad’s election as president of Iran in 2005 further accentuated a rising and more aggressive Iran taking on the US monopoly as security guarantor for the region. As the Shia influence in the region grew, Sunni leaders barely responded.

The Arab Spring arrived eight years later. Tunisia, Egypt, Yemen, and Libya—all majority Sunni countries—saw their enduring strong-man rulers collapse within a short period of time. The Syrian rebellion began as an anti-dictator protest against the Assad regime’s human rights abuses and high-handed authoritarianism. Within a year, the protest took on sectarian overtones as the majority Sunnis in Syria realized they had to defend their families and their villages from Assad’s lethal forces. This in turn led to a flow of arms from their fellow Sunni brothers in the Gulf and jihadists from the region and beyond.

The Syrian civil war is a watershed for Sunni-Shia rivalry. With over 110,000 fatalities in Syria since March 2011 and the use of chemical weapons, many observers feel that the Sunni-Shia conflict has eclipsed Islam vs. the West and the Arab-Israeli conflict as the most salient and heated conflict in the region. Three main drivers of sectarianism are the weak state, the replacement of Arab nationalism with political Islam, and the regional cold war between Saudi Arabia and Iran. All three drivers are present in Syria:

Driver 1: The weakening of the Arab state

What does it mean to say that the Arab state has weakened over the last few decades? We witnessed a hollowing out Iraq in 2003 after the overthrow of Saddam Hussein and dismantling of the Iraqi army. The coalition forces were surprised to see that there was no state left standing in Baghdad, as looters took everything they could find.

In Syria, the weakening of the coercive power of the state correlates with the decline of the omnipresent mukhabarat (intelligence) security services and unified army led by a decisive Hafez al-Assad. In the aftermath of the Rafik Hariri assassination in February 2005, the Cedar Revolution showed that the Lebanese people were no longer afraid of the Syrian occupying forces, which were withdrawn under humiliating circumstances by Bashar al-Assad. This humiliation and the attenuation of fear among the Lebanese people were noticed by average Syrians, who began their rebellion against Damascus six years later.

The decline of state institutions such as the Baath party and the inverse rise of tribal, religious, and sectarian identities also reflect a weakening state. Sect and community began to replace the state as the primary framework of identity.

The weakening of the state remains on-going and transcends the region. The recent report of the US National Intelligence Council’s Global Trends 2030 describes, as one of its four ‘alternative world’ scenarios for the future, the elevated role of nonstate actors and the decline of state authority. The Middle East, exemplified by Syria, simply represents one arena where the decline of the centralized state is most advanced.

Islamism has replaced Arab nationalism as a source of identification throughout the Arab world. Sectarian identification based on religion has eclipsed pan-Arab nationalism, which once united disparate ethnicities and religions of Arab countries behind the powerful forces of secular nationalism and resistance against Israel and the United States. Nasser’s defeat in the 1967 Six Day War with Israel broke the back of pan-Arab Nasserism, which was gradually replaced by the appeal of Islam. But how does the rise of pan-Islamism drive sectarianism?

Before 2003, Sunni-Shiite dynamics were more often manifestations of nationalistic and ethnic rather than religious expression. Saddam Hussein could accuse some Shia Arabs in Iraq of being ‘ajam’ (Persian), a pejorative term that did not apply to other Shia who supported Saddam’s regime and were known as ‘fellow noble Arab Shiite tribes.’ Today, ajam has been replaced with terms of exclusion based on religious otherness (rafidha). The rafidha discourse frames the Shia as nonbelievers, not over dubious national loyalties or ethnic differences, but rather the deviant beliefs that define the Shia sect as a whole.

The Syrian civil war has also encouraged some Sunni clerics and televangelists like Yusuf Qaradawi in Qatar to stoke sectarianism by encouraging Sunnis from all over the world to fight against Assad’s regime. Shia leaders like Hezbollah’s Nasrallah, Assad, and their Iranian supporters use parallel language of existential threats from Sunni takfiri terrorists (an even more menacing description of the rebels than jihadists).

It is important not to overemphasize the religious dimension of the Shia vs. Sunni split. Until recently, the Sunni Hamas aligned itself with the Shia-led axis of resistance. More pointedly, the Syrian Alawis historically were never Shias in a religious sense; they were recognized as Shia by Iran and Hezbollah out of political expedience. The conflict is less a Shia vs. Sunni religious clash and more a sectarian struggle for political power in Syria, Iraq, Bahrain, and Lebanon.

Driver 3: The Intensification of the Cold War between Saudi Arabia and Iran

Hovering above these local and national sectarian power struggles is a grand political game of two regional powers. Syria used to be a player in the wider region. Now it has become, as Lebanon has long been, the field on which Saudi Arabia and Iran battle through their proxies. The Saudi Arabia-Iran cold war ratcheted upwards when King Abdullah bin Abdulaziz Al Saud sent troops across the causeway into Bahrain to shore up a fellow Sunni monarchy against a growing Shia rebellion in 2011. The Saudi perception that the United States abandoned Egyptian President Mubarak undermined Saudi confidence in the Obama administration. Worried about a power imbalance as Iran inches toward the finish line in its nuclear weapons program, Saudi leaders are beginning to realize they cannot rely on the United States to take care of regional security threats.

Today, the regional cold war plays out in Syria. If Iran’s ally prevails in Damascus, the Saudis fear a shift in favor of the Shia axis on the eve of nuclearization. The growing instability in the region and Iran’s nuclear ambition require a more assertive policy from Riyadh. King Abdullah’s use of sectarianism has become a powerful instrument to galvanize the more populous Sunni Arabs against the Iran-led Shia crescent.

Jonathan Paris is a London-based analyst and non-resident Senior Fellow in the South Asian Center of the Atlantic Council. Part II of Jonathan’s analysis will appear on Monday, October 21.