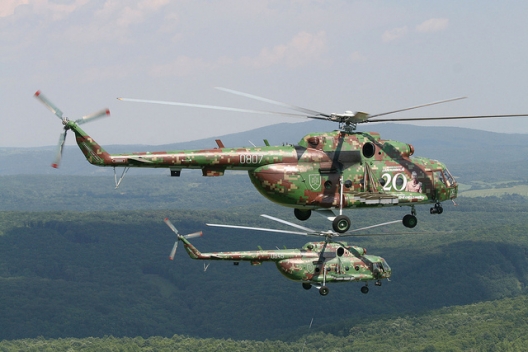 In the case of Slovakia, the nearly two years that have passed since the last NATO summit in Wales, have been marked by a discrepancy between the official statements by government officials and the practical steps required to fulfill Bratislava’s political and military commitments to the Alliance. On the one hand, a number of comments that questioned the conclusions from Wales summit were made, including some by Prime Minister Robert Fico. On the other hand, there was quite a satisfactory implementation of the tasks on a practical level. Statements by Slovak political leaders after the parliamentary elections in March 2016 promised that despite the difficulties, Slovakia will to contribute to the strengthening of the Alliance at the upcoming summit in Warsaw.

The defense budget has become an important topic in the political discourse in Slovakia. Its most positive feature was the increase of Slovak defense spending from 0.99% of GDP in 2014 to 1.12% of GDP in 2015. Moreover, according to assurances coming from representatives of the Fico government, the budget is planned to continue to grow in upcoming years. However, according to the official financial forecasts for the period 2016-2018, defence spending should not exceed a limit of 1.11% of GDP in the next three years. With the estimated nominal amount for years 2017-2018 to be from 0.93 to 0.99 billion Euros, it means that in order to meet the Wales commitment the budget would have to be increased by about 450 million Euros in 2019 and 2020. That seems unrealistic.

This financial pressure could be slightly reduced by direct investments into certain extra budgetary modernization projects. This happened for the first time in 2015, when the government decided to increase the original budget of nearly 797 million EUR by an additional 89.5 million, to be invested in acquisition of the new UH-60 Black Hawk helicopters. A problematic aspect of the agreement, however, is its limited transparency. The sole confirming indicator of this unwritten deal is a sentence in the current Governmental Manifesto declaring that “the government will continue to support the major strategic projects of modernization of the armed forces by their individual approval and financing.” Therefore, despite this initial pledge, there is no annual guarantee money for these projects will be made available in future years.

A much more positive development was Slovakia fulfilling its commitment to increase its share of investments in modernization. Based on NATO’s methodology, Slovakia spent 18% of its budget for modernization projects in 2015. Bratislava not only almost doubled these investments compared to the 9% it was spending in earlier years (e.g., 2012-2013), but it also reached the edge of the 20% threshold required by NATO.

Strengthening NATO’s Eastern Flank is perhaps the main package of measures on the military-strategic level. Slovakia declared its contribution of 5-6 soldiers shortly after the Alliance decided to create the so called Spearhead Force (VJTF) in 2014. Also, Slovakia sent two officers (later increased to 4) to the new Multinational Command Northeast in Szczecin. In contrast to some of its neighbours, Slovakia was rather hesitant in declaring further short-term measures to assure its allies.

The Slovak Republic also participated much more significantly in the planning and execution of military exercises over the past few years. The greatest attention has been paid to the Slovak Shield exercise in autumn of 2015, which involved nearly 1,500 soldiers. The exercise will continue in the form of a series of follow-up activities in 2016. Although members of the Slovak Armed Forces took part also in several exercises abroad, their involvements in the largest activities of the alliance were relatively limited (e.g. Trident Juncture).

The decision of the Slovak government to host the NATO Force Integration Unit (NFIU) in Bratislava is another positive development, although the road to it was quite difficult. The Slovak NFIU will be integrated under the command in Szczecin and its initial operational capability is supposed to be achieved by the end of 2016.

Slovakia, in relation to the NATO measures to be decided at Warsaw, supports the idea of enhancing the Alliance’s military presence in the Baltic republics and Poland. Unfortunately, no fundamental decisions regarding the future military contribution of Slovakia has yet been made. Although Visegrad defense ministers agreed within the framework of the joint training activities that countries of the group will deploy their forces to the Baltic region, they will do so only on a rotational basis (around 150 soldiers at a time). In practical terms, this step is still just a contribution to the short-term measures rather than an ongoing future military presence. In other words, it is not exactly what is hoped for from Slovakia at this moment. For this reason, a real joint deployment of the Visegrad Group in the region for longer rotations of a few months, would be much more beneficial.

Discussions before the summit in Warsaw open up a wide variety of other topics important for the further development of the Slovak Armed Forces. First, increasing their deployability beyond the NATO Response Force limits (so called follow-on force). Second, building the resilience of the country to new and hybrid threats, such as propaganda and disinformation campaigns or cyber threats. Ongoing dependence on Russian military equipment, which the country is only very slowly getting rid of, is also an issue for Slovakia.

In addition, continued support to NATO partners cannot be ignored. In this context, Slovakia is ready to take over the management of the NATO Trust Fund for fighting against improvised explosive devices (IEDs) in Ukraine. Bratislava also confirmed its additional financial contribution to the development of the Afghan security forces, as well as its continued military presence in Operation Resolute Support. Finally, it has been challenging for NATO allies to reach consensus on further development of relations with Russia. While there is a wide agreement on combining the principles of power, deterrence, defense and dialogue, it is not entirely clear whether this approach will have long-term benefits and whether relations with Moscow will develop again in a constructive form.