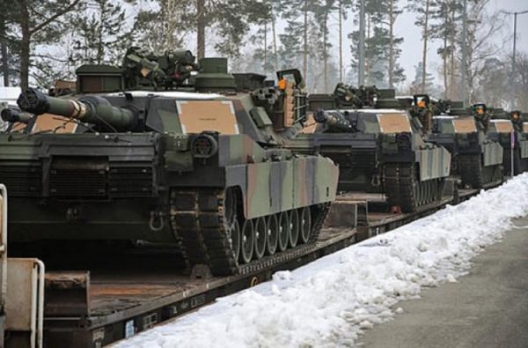 U.S. Army Europe will soon dispatch a survey team to eastern Europe to scout locations for tanks and other military hardware as part of a broader effort to bolster the U.S. military presence in a region rattled by Russia’s intervention in Ukraine, the Army’s top commander in Europe said Friday.

“We are doing surveys here in the next few weeks up in Estonia, Latvia, Lithuania, Poland, Romania and Bulgaria to see if there is a place where perhaps some of that equipment could be stored there,” USAREUR chief Lt. Gen. Ben Hodges said during an interview with Stars and Stripes. “Maybe it’s a company, maybe it’s a whole battalion, we don’t know yet until we do the survey….”

“The big question for us right now is ‘where are they going to go?’ Obviously, a part is going to stay here,” Hodges said, referring to the Grafenwöhr training area. “We really want to put some in southeastern Europe, some in the Baltics, some in Poland. Those countries want them bad — an obvious reason, they’re a deterrent aspect….”

In the meantime, the challenge is finding places to store all the inbound heavy gear. Initially, the regional brigade concept called for forward positioning enough equipment to support a battalion rotating through Europe at any given time. Hodge’s plan calls for expanding those “European Activity Sets” to the brigade level, making it easier for larger elements to move in and out of Europe for training missions.

Hodges expects all the heavy armor equipment to be in place by the end of 2015.