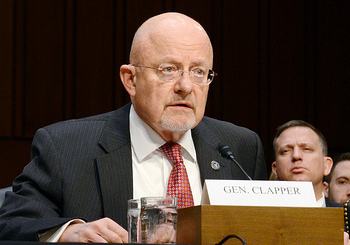 The following excerpt is from the Worldwide Threat Assessment of the US Intelligence Community, delivered by Director of National Intelligence James R. Clapper to the Senate Select Committee on Intelligence, January 29, 2014.

Ongoing US-EU Transatlantic Trade and Investment Partnership (TTIP) negotiations, European Parliament (EP) elections, the withdrawal of Allied forces from Afghanistan, and new leadership in the EU and NATO will create new dynamics in the transatlantic partnership in 2014.

Imbalances in the euro zone and slow economic growth in Europe are changing the political economy in Europe, potentially spurring support for nationalist and populist political parties.

Turkey’s foreign and security policy will be shaped by domestic events, especially the ongoing corruption scandal. Furthermore, the ruling Justice and Development Party (AKP), led by Prime Minister Erdogan, will be in election mode for municipal and presidential elections in 2014 and parliamentary elections in early 2015. The corruption allegations initiated in December 2013, allegedly by elements within the AKP associated with Muslim cleric Fetullah Gulen, represent the greatest challenge to Erdogan. Ankara will continue to pursue foreign policy objectives that maximize economic advantage for Turkey while proceeding with caution on issues that could alienate Turkey’s nationalist voters. Erdogan’s pursuit of a peace deal with the Turkish-Kurdish terrorist group Kurdistan People’s Congress (KGK, formerly PKK) also risks antagonizing Turkish nationalists and neighboring governments. Erdogan is pursuing a multifaceted strategy of promoting domestic reforms and engaging the Kurds to end the armed KGK insurgency in Turkey. The protracted Syrian conflict is generating an increased extremist presence in Turkey, the primary transit country for foreign militants seeking to join the fight in Syria. It is also raising the potential for unsanctioned or opportunistic attacks by supporters of the Bashir al-Asad regime.

Despite many positive developments in the Western Balkans in 2013, the region in 2014 will continue to be characterized by deep ethnic and political divisions. The situation in Bosnia-Herzegovina (BiH) and ethnic cleavages in Macedonia are particularly volatile.