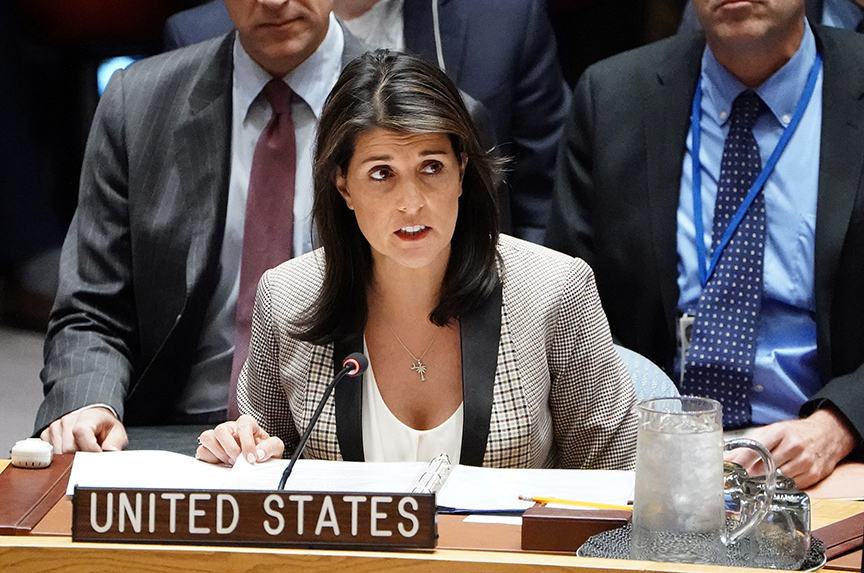 The seizure by Russian forces of three Ukrainian naval vessels near the Sea of Azov on November 25 highlights Moscow’s strategy of broadening its “creeping annexation” beyond Ukraine’s land borders and into the Black Sea. Russia’s refusal to abide by agreements providing Ukraine rightful passage and access to the Sea of Azov is an attempt to pressure Ukraine and undermine its economy and national security.

Rising tension between Ukraine and Russia in the Black Sea reinforces how dangerous the Ukraine-Russia conflict remains for the region and for the world.

Ukraine and Russia are fighting an active war in Europe’s east, and the conflict in the Donbas is anything but frozen.

Over the past few months, tensions have risen beyond the land conflict in the Donbas and into the seas surrounding Ukraine as Russia has sought to constrict Ukrainian access to the Black Sea and Sea of Azov and limit Ukraine’s ability to freely maneuver commercial and defense vessels through the Kerch Strait.

Russia’s interest in targeting Ukrainian naval vessels over the weekend was to send a deliberate warning to Ukraine that it would not have full access to the Sea of Azov and Russia would continue to retain the right to board and seize any ships transiting the Kerch Strait. Russia also wanted to test the response from the United States, NATO, and the European Union, getting a sense of whether they would stand up for Ukraine’s rightful naval access to the Sea of Azov. Without an adequate response, Russia will be able to choke off Ukrainian cities’ access to the Black Sea and create incredible economic pressure on Ukraine ahead of presidential elections next year.

Although the tension between the two sides is a direct result of Russia’s continued attempts to undermine Ukraine’s economy, security, and sovereignty heading into the 2019 presidential election season, the incident itself is peppered with Ukrainian domestic politics.

Ukraine’s clear interest in testing Russia’s de facto blockade is tied to domestic politics and national security, as the government in Kyiv wants to display its ability to stand up to Moscow. Ukraine also wants to elicit wider international intervention and may have calculated it was time to do so ahead of US President Donald J. Trump’s meeting with Russian President Vladimir Putin in Argentina this weekend.

As Ukraine feels increasingly vulnerable to Russia’s “creeping annexation” that risks cutting Ukrainian port cities’ access to the Black Sea, it will increasingly take desperate measures to push back against Russian aggression.

Ukrainian President Petro Poroshenko is facing a close election contest in 2019 and this incident may improve his domestic political standing. Poroshenko’s quick call for martial law also may be an attempt by the authorities in Kyiv to use the crisis for domestic political purposes, as the presidential authority quickly seeks to take advantage of the detention of several ships and injured sailors to bolster Poroshenko’s support ahead of the elections. Using this crisis for domestic political purposes could very well backfire. Ukraine needs to be very careful as it navigates this tension with Russia.

Moving forward, Russia should release the seized Ukrainian vessels and return the detained Ukrainian sailors. Although the international community, including the European Union and NATO, has condemned Russia’s moves, the lack of official response from the United States is deafening and risks further escalation. [UPDATE: US Secretary of State Mike Pompeo issued a statement later on November 26 in which he expressed “deep concern” over the incident and said “the United States condemns this aggressive Russian action.”]

While the Trump administration is carefully reviewing its response, it should not be driven by an interest in not upsetting the upcoming Trump-Putin meeting. That meeting is doomed to failure if the administration is perceived as ignoring the Kerch crisis.

The United States needs to engage immediately and condemn Russia’s firing on and detention of the vessels to ensure a spark in the Black Sea does not escalate further. Putin is watching Washington’s response carefully. He is taking the measure of Trump’s likely lack of interest in Ukraine ahead of the Group of Twenty (G20) Summit in Argentina.

Ukraine, meanwhile, should avoid further provocations and work with its allies and partners to ensure it retains full and rightful access to the Sea of Azov.

This crisis is also an opportunity for the United States and Europe to speak with one voice on Ukraine, as Russia tests whether cracks in the transatlantic community as of late are growing into unsalvageable rifts.

Image: US Ambassador to the United Nations Nikki Haley spoke during a United Nations Security Council meeting in New York on November 26 to discuss rising tensions between Ukraine and Russia. (Reuters/Carlo Allegri)