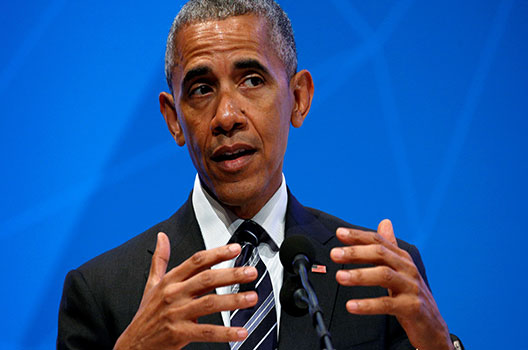 The United Kingdom will emerge as the biggest loser from its voters’ decision to exit the European Union.

The United States loses a useful ally in its dealings with the European bloc, but it has others. France and Russia benefit, while Germany under Chancellor Angela Merkel will look increasingly vulnerable. Italy, Poland, and Spain have the opportunity to increase their influence within the EU, but are unlikely to seize it in the short term.

The United Kingdom’s diplomatic weight over the past two decades has flowed from its position within three multinational organizations: NATO, the United Nations Security Council, and the EU. It has been a sought-after partner for many nations, especially the United States, because of its ability to make things happen—or not happen—in these organizations.

The EU covers the broadest range of policy areas of the three. By leaving the bloc, the United Kingdom gives up its ability to influence EU decisions on trade; sanctions; market regulation, including financial markets; climate change; development; migration; and Russia. The EU will still exist, and will continue to modify its rules, but the United Kingdom will no longer have a voice. Thus, its value as a diplomatic partner will be greatly reduced.

This is compounded by the certainty of uncertainty. The United Kingdom faces a prolonged period of political, constitutional, and diplomatic upheaval. The ruling Conservative Party faces a leadership battle. Scotland is likely to launch a renewed push for independence. Diplomatically, the United Kingdom will have to negotiate its exit terms with the EU, compromising its ability to focus on other issues.

Simply put, any country that wants a reliable and predictable partner will be crossing the UK off its list.

However, the United States can turn to other European states to fill the gap. France, as a permanent member of the United Nations, has veto power in the world body; it is a member of the EU and NATO; and despite entrenched anti-Americanism in parts of the French elite, the country is also a significant military partner the Middle East and North Africa.

Other than France, the United States can further its diplomatic efforts with Germany, which has been traditionally closer to the Washington politically and the most powerful EU member economically.

France is likely to benefit from a Brexit, in Europe and internationally. On a number of issues—notably financial regulation and defense—France and the United Kingdom have tended to take opposing views, counterbalancing one another, leaving Germany as the powerbroker. With the United Kingdom voting to leave the EU that balance is now broken.

Russia is the other major beneficiary out of the UK referendum. The UK has consistently been one of the Kremlin’s most vocal critics and a vital ally for Chancellor Merkel in her efforts to maintain the EU’s wavering unity on sanctions against Russia. In the short term, Thursday’s vote does not change that since the UK will remain a member until its departure negotiations are concluded over the next two years. However, in the long term its decision to quit robs Merkel of her largest supporter, rendering her more vulnerable toward Russia. Given Russia’s diplomatic efforts to woo EU states such as Italy, France and Greece, the UK’s departure could well tip the balance on sanctions.

Italy is the only other EU member state as large as France: the United Kingdom’s departure is a chance for it to become a key powerbroker. Poland and Spain are smaller—their populations are around forty million—but large enough to serve as significant allies. Poland, in particular, could serve as the rallying point for the Nordics and Central and Eastern Europe countries.

However, this will depend on those countries’ ability to make the most of the opportunity. In the short term, that ability is limited. The governments of Italy and Spain are beleaguered; Poland’s government has shown little appetite for the sort of give-and-take diplomacy necessary to forge EU alliances. They are ill-positioned to profit from the United Kingdom’s exit.

Finally, the EU itself will endure yet another identity crisis, and may yet see more countries bid to leave. However, EU member states may grow more cohesive in the long-term. The United Kingdom’s position in the EU, but outside the euro and Schengen zones, has made it the biggest opponent of deeper integration. Brexit robs the EU’s more reluctant members of their chief flagbearer.

For all these countries, however, Brexit changes the diplomatic periphery. Only for the United Kingdom itself is the choice fundamental: it has chosen isolation.