His moment has arrived. Rishi Sunak, the former chancellor of the exchequer, was tapped as the United Kingdom’s newest prime minister on Monday after no other Conservative Party hopefuls garnered enough support among members of Parliament. Sunak, 42, who is of Indian descent, makes history as the first person of color to become prime minister and takes over for Liz Truss—the shortest-serving prime minister in UK history—amid political and financial turmoil. Can Sunak calm the markets and the country? What should the world expect from Great Britain’s new leader? Our experts are on the case.

Hameed Hakimi: Sunak’s ascent shows that times are changing. But will his premiership do so too?

We don’t know much about Rishi Sunak’s position on Britain in the world. During the last leadership contest, his focus was on the cost of living crisis and its various consequences, but we did glean some insights. We can expect a pretty hard line on immigration and refugee policies, as he supported the controversial Rwanda asylum plan announced earlier this year and maintained his support during the campaign. Sunak will likely push for greater economic and trade diplomacy—during his tenure as chancellor, he helped negotiate the Group of Seven’s minimum global corporation tax agreement. On Brexit, he was also a prominent “Leave” campaigner who has maintained vocal support in the years since, and we can anticipate that he will push for a further decoupling from the single market and the EU—he will likely push for the Northern Ireland Protocol Bill and the data reform bill once he takes office, which both seek to disengage the United Kingdom from the EU’s regulatory frameworks.

The United Kingdom will remain a key NATO ally, on track to reach spending commitments and active in ongoing operations. We can expect the same government support for Ukraine as under Truss and Johnson, though it is less predictable how the former chancellor will address the dark-money problems London still faces. Similarly, Sunak took a hard line during the campaign this summer against China, but this geopolitical stance may conflict with a greater push for foreign investment and trade.

What is unknown is how Sunak will try to repair the reputational damage to the United Kingdom that the past week and month and year have brought. It’s an important project for the new government under Sunak to undertake—and it’s one that could also have an impact on the future general election. It’s an easy attack line for Labour: The Tory Party brought chaos and uncertainty, and they have damaged relationships with allies and partners.

But it’s also bigger than electoral politics. Soft power is an important tool in any country’s arsenal, and the United Kingdom will be party to some significant geopolitical challenges in which it will want to be perceived as a good faith, reliable partner for the sake of its citizens. Fights over climate policy, new movements in digital rights and data reform, and competition over science and technology advancement and investment are all on the docket, and the United Kingdom has the potential to convene and drive these debates and conversations. But thought leaders and decision makers won’t engage with the United Kingdom if they think they won’t be heard, or if they don’t see the country as a serious partner.

This is not a new challenge, but rather an exacerbated one. Since the Brexit referendum, the United Kingdom has faced an internal identity crisis: What sort of country does it wish to be, and what is its role in the world? That’s a debate that hasn’t been solved, and that the leadership has been ignoring in favor of responding to the plethora of political crises and own goals that have consumed British politics in recent years. The solution to their reputation problem is to reckon with what Global Britain actually means in practice and to do so publicly. Sweeping the scandals—so many in short succession that Wikipedia has created a disambiguation page for “2022 United Kingdom government crisis”—under the rug won’t work, nor will it answer this fundamental identity question, and we’ll continue to see more of the same chaos that has defined the past few years. Much of the United Kingdom’s foreign policy won’t change with this new government, but there is an opportunity to change the narrative and to re-invest in the United Kingdom’s soft power. After the bruising it’s taken in recent months, this will be an important long-term priority for Sunak’s government.

Rishi Sunak is now set to become the United Kingdom’s third prime minister this year. But the five-day campaign that saw him shrug off challenges from former Prime Minister Boris Johnson and rival Conservative MP Penny Mordaunt revealed nothing new in terms of policy.

The mantra is stability—and that means sticking to the financial policy reversals announced by Chancellor of the Exchequer Jeremy Hunt seven days ago and, almost certainly, keeping Hunt himself on as chancellor in order to reassure the markets.

But beyond that, there is no indication how Sunak—who was himself chancellor until his July 5 resignation forced the collapse of the Johnson premiership—will switch from being the free-spending, debt-incurring figure who poured vast sums of cash into the British economy (to help get the country through the COVID-19 crisis) to a prime minister who now has to find savings after savings (or impose tax after tax) in order to balance the books.

He also faces a distinct problem in that there is increasing public debate concerning the damage that Brexit has done to the UK economy and the failure of Conservative governments to deliver anything that resembles what they call taking advantage of the benefits of Brexit.

Sunak is certainly an economic and financial realist, but his ability to maneuver to improve trade relations with Europe is strictly limited by a substantial wing of the Conservative Party that objects to anything other than a pure and total Brexit.

An early test may even come on Tuesday, when an omnibus bill to remove continued UK acceptance of European Union (EU) regulations—the retained EU law (revocation and reform) bill—is debated in Parliament. This bill would essentially reverse 2,400 laws passed in compliance with EU regulations covering a mass of subjects such as workers’ rights, aircraft safety standards, trafficking in illegal weapons, guaranteed access to free television showings of major sporting events like the Olympics, and wildlife habitat protection.

The UK business community is by and large horrified at the prospect of the chaos that dropping all these laws will mean. Canceling the bill would obviously improve Britain’s trade prospects with the EU, but the hard-line right wing of the Conservative Party would block any such effort.

Sunak’s ascent shows that times are changing. But will his premiership do so too?

Rishi Sunak won the contest to become the leader of the UK Conservative Party, the ruling party, and therefore he is set to become the first British prime minister who is Asian and a person of color. Sunak’s roots underscore the continued legacies of the Empire for modern British society: His parents of Indian descent migrated to the United Kingdom from East Africa in the 1960s. While internationally this might seem somewhat a momentous event because a leader of color is going to preside over what was once the seat of Winston Churchill, domestically the Asian and minority ethnic groups have a more complicated relationship with leaders such as Sunak. His politics and leadership are likely to be defined more by his extremely privileged upbringing in Britain—and the collective wealth he enjoys with his wife—than by any presumed solidarity on the basis of his ethnic background. Sunak is considered the wealthiest politician in Britain who has worked for major investment firms in the corporate sector and later for a right-leaning think tank.

The rise of politicians of color in the United Kingdom in recent years—both within the cabinet and outside—has had no tangible impact on alleviating the challenges facing ethnic minority groups in Britain, whether these challenges have been in the realms of socioeconomics, health, or societal relations. From Sadiq Khan, the current mayor of London; to Priti Patel, formerly home secretary; Nadhim Zahawi, currently the minister for intergovernmental relations and minister for equalities; Suella Braverman, formerly home secretary and the attorney general for England and Wales; and Kwasi Kwarteng, the former chancellor of the exchequer, it is difficult to measure the significance of their rise beyond progressive optics for the respective political parties in which they serve.

More importantly, Sunak is taking the helm at a historically challenging period for the British economy and the lack of trust in the political class. He is likely to dedicate considerable energy to party politics and rallying his Conservative colleagues at a time when the party is faring badly in the opinion polls and is most likely to lose a general election if held imminently. His ascent to power as the first British prime minister who is not white is certainly an indication of changing times, but we will have to wait and see if this symbolic representation will have any real impact on the dominant attitudes and dynamics around race in modern Britain.

—Hameed Hakimi is a nonresident senior fellow at the South Asia Center. 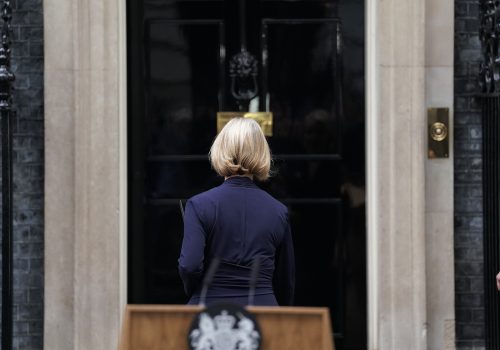 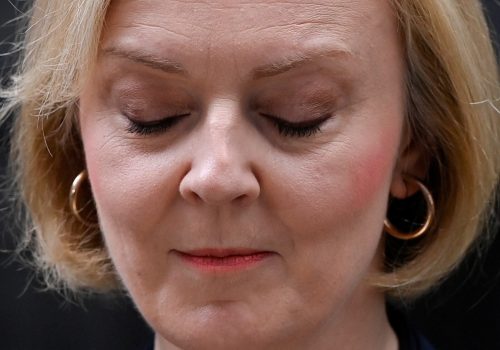 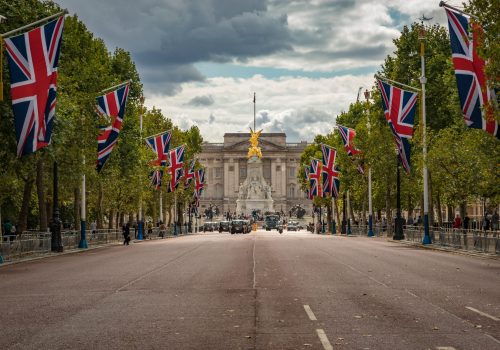