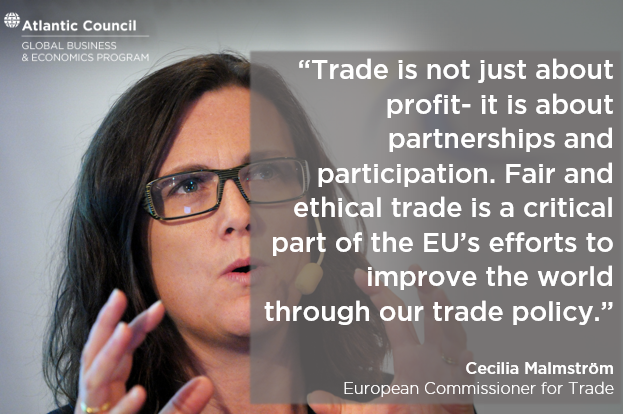 HEADLINES:
CPTPP: Both New Zealand and Canada moved ahead with ratifying the Comprehensive and Progressive Agreement for Trans-Pacific Partnership this week. The agreement will enter into force 60 days after six countries have ratified the deal. The deal has also been ratified by Mexico, Japan and Singapore, making it five countries to date.
EU: Italy’s government has decided to maintain its budget, despite EU calls for it to lower its budget deficit. As a result, the EU this week rejected Italy’s coalition government’s budget. Meanwhile, a team led by the European Commission’s Director-General for Trade Jean-Luc Demarty arrived in Washington DC on Oct. 23 to continue talks with their US counterparts on regulatory issues that could be part of a transatlantic trade deal.
WTO: This week Canada is hosting a two-day meeting with 12 other WTO members to discuss challenges facing the organization and ways how to resolve them. Neither the US nor China was invited.
US: Officials from the U.S. and Ukraine met on Tuesday to discuss steps toward expanding trade of agricultural and industrial goods between the two countries.

UPCOMING:
US-China: President Trump and Chinese leader Xi Jinping agree to talks at G-20 summit to be held on November 29 in Buenos Aires.

The blatant, increased use of chemical weapons, most notably by Syria,  Russia, and North Korea, is slowly shifting global norms with regard to chemical weapons. Strategic international engagement, led primarily by the British and French governments with support from the U.S. and like-minded allies, is slowly mounting an effort to halt this shift and reset global norms.

Already, these allies have successfully facilitated the establishment of a trifecta of response mechanisms, to include sanctions, an attribution mechanism, and an information sharing structure. The outstanding questions now are: if and how these new tools will be deployed, and whether they will be effective. Read the full analysis by Atlantic Council fellow Samantha Sultoon here.

FACTOID OF THE WEEK:

Please send us suggested news stories, opinion pieces, publications, and upcoming events that you would like us to highlight! Email [email protected] with your ideas and suggestions.

The views expressed in this newsletter and linked external articles and content do not necessarily reflect the opinions of the Atlantic Council, its staff, or its sponsors.