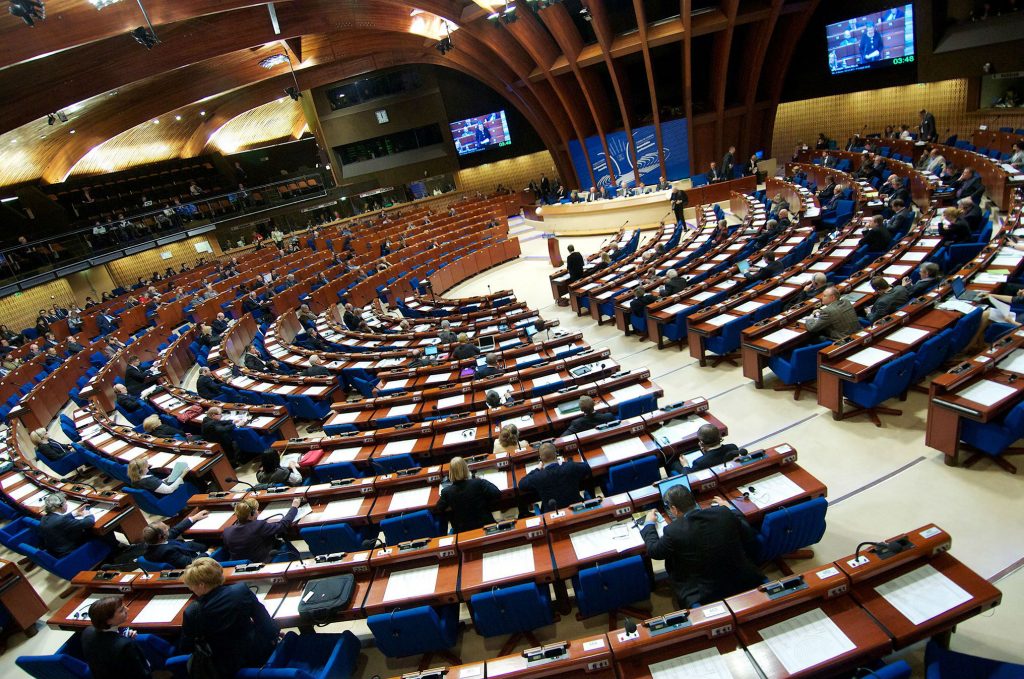 On June 25, Russia was allowed back into the Parliamentary Assembly of the Council of Europe (PACE) as a full voting member, after being expelled five years ago for its aggression in Ukraine. Through an innocuous sounding measure that pledged to strengthen the assembly’s decision-making processes on credentials and voting, 118 parliamentarians agreed to let Moscow rejoin.

The decision to allow Russia to rejoin PACE despite its flagrant disregard for the Council of Europe’s statutes and international law is outrageous. It will further harm the meager international enforcement mechanisms that exist to punish Russia.

Why did PACE agree? The truth is sad and simple. Russia brings 33 million Euros to keep the august body in operation.

And Russia blackmailed the French and Germans into voting for the resolution. Russia had threatened to quit PACE, which would have cut off ordinary Russians’ access to the European Court of Human Rights, which most regard as the only real place to get justice in Russia. While this purported access to the court is symbolic at best and cynical instrumentalization at worst, France and Germany went along with it.

Restoring voting rights to a member state who continues to violate Council of Europe resolutions and is responsible for the ongoing war and humanitarian catastrophe in Ukraine contradicts the Council of Europe’s mission. The readmission decision should have been based on Russia’s compliance rather than bending to the fears of a budget gap. Monday’s decision demonstrates that Europe’s 47 member-state organization prioritizes its longevity over values. Alas, the Council of Europe, the great talking shop on values and human rights, now has a self-inflicted wound that may be the beginning of the end of its relevance on its seventieth anniversary.

Ukraine responded quickly and ably. The Ukrainian delegation suspended its activity in the assembly for now. Upon its return to Ukraine, delegates will deliberate on additional measures that might draw attention to the situation. The reaction from Ukraine will be two-fold, including a response from the government on its continued involvement in the Council of Europe, and as a sign of protest, the Ukrainian government recalled its ambassador to the Council of Europe, Dmytro Kuleba, to Kyiv for consultations.

It remains to be seen how the other PACE members will react and what measures they will take to assure their Ukrainian colleagues of their continued support during this crisis. Do not rule out more games from Moscow. Russia may send representatives from Crimea, thereby continuing to ridicule international law and the Council of Europe from within. Without some kind of sanction, it is laughable to think that the Council of Europe approach will convince Russia to change course.

The PACE vote was a wakeup call for Ukraine. PACE members were asked to vote their conscience, and a majority voted in favor of Russian aggression. Rule of law societies do not reward individuals who trample on the law. Why should the Council of Europe do the same?

Image: A photo of the Parliamentary Assembly of the Council of Europe in Strasbourg, France. Courtesy photo