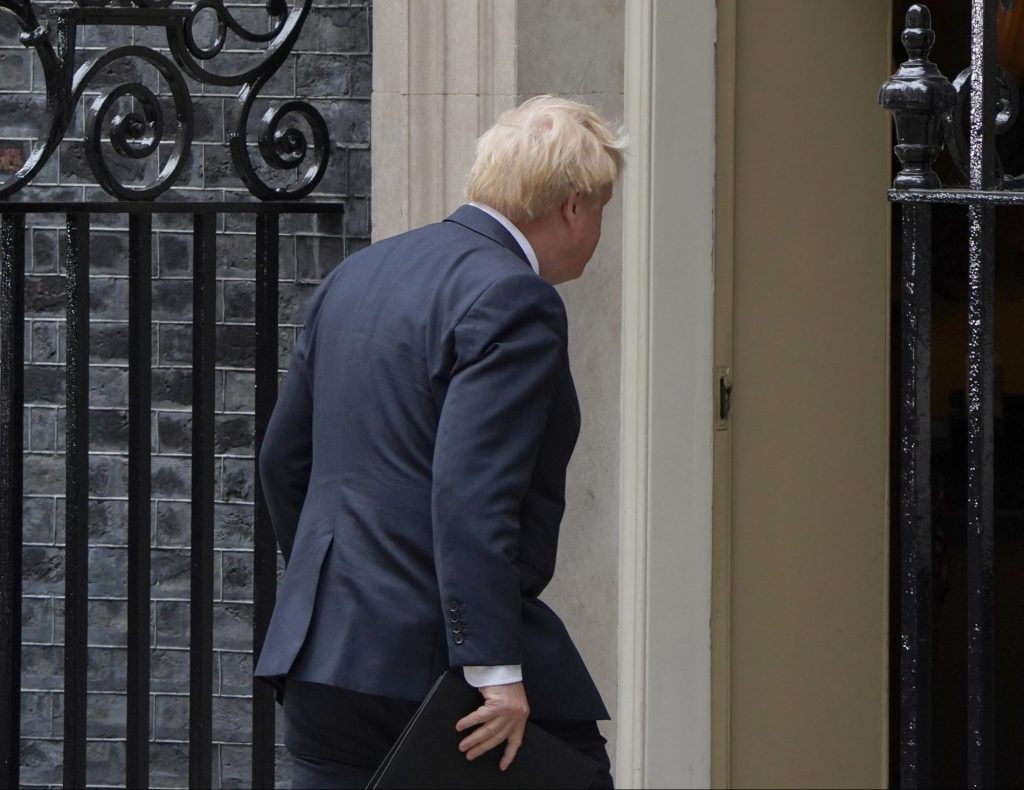 News of Boris Johnson’s resignation has sparked concern in Kyiv and celebrations in Moscow. However, both reactions are probably wide of the mark. Far from heralding a geopolitical shift in Westminster, the departure of the UK Prime Minister is a strictly domestic affair that will not alter Britain’s staunch support for Ukraine in its fight for survival against Vladimir Putin’s ongoing invasion.

Russians were quick to toast Johnson’s demise on July 7. “The moral of the story is: do not seek to destroy Russia. Russia cannot be destroyed. You can break your teeth on it and then choke on them,” commented Kremlin foreign policy spokesperson Maria Zakharova. Russian parliamentary speaker Vyacheslav Volodin branded Johnson a “clown” and accused him of being “one of the main ideologues of the war against Russia.” “European leaders should think about where such a policy leads,” warned Volodin.

This Russian reaction is understandable. After all, no single Western leader has been more outspoken than Johnson in their support for Ukraine and condemnation of Russia’s invasion. Nevertheless, any jubilation in the Kremlin is misplaced. In reality, the British PM’s resignation was in no way connected to his handling of the Russo-Ukrainian War and does not signal a coming change in the UK position. On the contrary, Boris Johnson’s successor is virtually guaranteed to maintain Britain’s current commitment to opposing Russian aggression and helping Ukraine defend itself.

Johnson’s robust support for Ukraine was one of his few genuinely popular policies during the scandal-plagued final months of his premiership. His stance mirrored widespread public support for Ukraine in the UK, where opposition to Putin’s invasion is seen as reflecting both British values and British interests. While Johnson’s critics frequently accused the under-fire PM of exploiting the war in Ukraine to distract from his mounting domestic woes, few actually questioned his decision to take a stand against Putin’s war.

As the race to replace Johnson as prime minister heats up, the many expected candidates are likely to be unanimous in their agreement that British backing for Ukraine should continue. Indeed, some may even seek to burnish their foreign policy credentials by calling for enhanced support in the form of expanded weapons deliveries to Ukraine and tougher sanctions on Russia.

Nor is this hawkish posturing limited to the ruling Conservative Party. The leader of Britain’s opposition Labour Party, Keir Starmer, has often echoed Johnson in recent months with his vocal condemnation of Russian aggression in Ukraine. Many observers see Starmer’s unambiguously pro-Ukrainian position as an attempt by the Labour leader to reclaim the middle ground and distance the party from his predecessor Jeremy Corbyn, who was often accused of acting as an apologist for the Putin regime.

Boris Johnson himself was keen to reassure Ukrainians that his departure would not lead to any weakening of their country’s security cooperation with Britain. “Let me say now to the people of Ukraine that I know we in the UK will continue to back your fight for freedom for as long as it takes,” he commented during his resignation speech, which was delivered while sporting a lapel badge featuring the British and Ukrainian flags.

Speaking after Johnson confirmed his decision to step down, British Defense Secretary Ben Wallace sought to underline the long-term nature of the UK commitment to Ukraine. “Britain is full square behind them. The assistance to Ukraine we give is not just one person, not me, not the prime minister, it’s the whole effort.”

Despite these assurances, there was no disguising the sense of disappointment among Ukrainians over the departure from the global stage of one of the country’s most vocal international allies. Ukrainian President Volodymyr Zelenskyy spoke of “sadness” in Ukraine following Johnson’s resignation. “We don’t doubt that Great Britain’s support will continue, but your personal leadership and your charisma made it special,” commented Ukraine’s President.

This affection for the British politician appears to be entirely genuine. Johnson first won plaudits in Ukraine for leading international efforts to arm the country while other Western leaders hesitated during the buildup to Vladimir Putin’s February 24 full-scale invasion. This support has remained consistent. At present, Britain occupies second place behind the United States in terms of weapons supplies to Ukraine.

Johnson further endeared himself to Ukrainians with a surprise early April visit to Kyiv which featured an instantly iconic walkabout in the heart of the Ukrainian capital alongside President Zelenskyy at a time when Russian troops had only recently been forced to retreat from the outskirts of the city. His scathing criticism of Vladimir Putin and frequent Churchillian flourishes have also been welcomed in Ukraine, where there is widespread frustration at the excessive caution expressed by many of the country’s international partners. Unsurprisingly, a recent poll ranked Johnson as Ukraine’s most popular foreign politician with a rating just three percentage points behind Zelenskyy himself.

While few in Britain seem interested in mourning the end of the Boris Johnson era, he will certainly be missed in Ukraine, where he is regarded as a true friend and an important ally. British support for Ukraine will almost certainly continue as before, but Johnson’s successor will find it hard to match his charismatic cheerleading for the country.