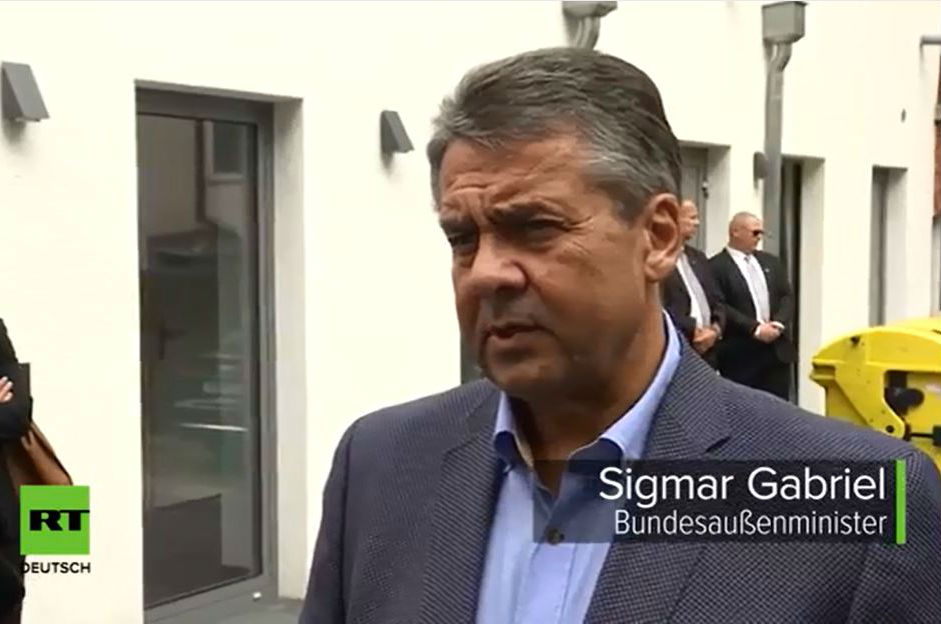 RT is coming under increasing scrutiny for its role in the Kremlin’s disinformation campaign against the West. The US Justice Department is allegedly requesting that individuals associated with the network’s US branch, RT America, register as foreign agents. Nascent Congressional efforts to investigate and counter the Kremlin’s influence operations have also targeted RT.

These are promising if still limited developments. RT unambiguously qualifies as a Kremlin disinformation outfit and as an instrument of hostile foreign influence intended to weaken Western nations and the transatlantic alliance. Numerous studies have robustly unmasked the network’s tactics and synchronization with the Kremlin’s political agenda.

In January, the declassified intelligence report published jointly by the CIA, FBI, and NSA identified RT as a significant agent of influence during the 2016 presidential election. This assessment was based on the apparent social media success of RT’s pro-Trump and anti-Clinton coverage; the report cites that RT’s most popular video on Hillary Clinton, “How 100 Percent of the Clintons’ ‘Charity’ Went to […] Themselves,” received more than nine million views on social media, while its most popular video on Donald Trump, “Trump Will Not Be Permitted to Win,” had 2.2 million views.

Yet contrary to the judgments of the report, most experts agree that RT’s impact on public opinion is minimal. For example, the vast majority of RT’s YouTube views come from apolitical material—namely footage of natural disasters, accidents, animal videos, and the like—for which RT purchases broadcasting rights. RT also habitually inflates its viewership numbers to appear more popular than it really is. Despite touting the United States as one of its largest markets, RT’s television viewership there is so low that the network is excluded from Nielsen rankings; it also has to pay for access to the cable market.

RT does not produce the ‘hypodermic needle’ effect postulated by traditional propaganda theory, in which the media is able to ‘inject’ specific cognitions directly into viewers’ minds through exposure to persuasive messaging. Especially in today’s consumer-driven media environment, it is fanciful to attribute such power to any news organization, let alone a second-rate network like RT with dubious audience numbers and an abysmal reputation. An effective mitigation strategy will acknowledge this reality, even if intelligence concerns remain about its ability to plant disinformation and distort public discourse.

At the same time, however, we should not abide ‘useful idiots’ who legitimize RT by appearing on its shows and newscasts. A central component of RT’s editorial strategy, designed to boost its perceived credibility and blur the line between trustworthy broadcasting and disinformation, is the recruitment of well-known media and journalism personalities from Europe and the United States to front its shows. These individuals, who typically fall at the far left of the political spectrum, use their industry status to interview high-profile guests who would otherwise be out of league for the average RT journalist.

In so doing, they lend RT a veneer of legitimacy that allows it to mask its propagandistic intentions and instead portray itself as a serious, reliable newscaster. Indeed, RT has hosted a remarkable number of prominent figures over the last half decade, including hundreds of Western politicians, journalists and writers, academics, and other influential public personalities. Most recently, for example, German Foreign Minister Sigmar Gabriel gave RT an exclusive interview in which he accused Chancellor Angela Merkel of pandering to US President Donald Trump with her commitment to increase Germany’s military budget.

While some of these useful idiots openly support RT’s anti-Western stance, the majority likely grant interviews due to a fundamental lack of awareness about RT’s political agenda. Prior to the fallout over Ukraine, a common assumption was that RT is merely an insignificant tool of Russian public diplomacy. In some circles, this perception persists today, borne of incomprehension of the Russian threat and the Kremlin’s manipulative agenda, and bolstered by an ironclad commitment to free speech and relativism: namely, that Russia is perfectly justified in propagating its own interpretation of world affairs.

But RT’s focus on the dysfunctions and shortcomings of Western democracy is not motivated by a commitment to transparency or the desire to rectify these problems, as is true of independent media in democratic societies. Rather, it is motivated by the hostile aim to portray the West as wholly degenerate and on the verge of collapse in order to demoralize the public and weaken its democratic institutions.

Accordingly, RT’s cumulative legitimization through these guest appearances requires urgent redress. To this end, it is imperative to raise awareness within relevant circles that RT is a tool of the Kremlin, not an independent international broadcaster, and, consequently, that appearing on the network makes one a tool of a hostile foreign power. In other words, RT is not a neutral platform where one can present a given message on one’s own terms. The opposite is true: RT operates on a mandate that is fundamentally hostile to Western liberal democratic interests, and any content it airs, regardless of the source, is calibrated to advance that agenda. It is therefore impossible to appear on RT, even in good faith, without being complicit in its efforts to undermine Western democracy and pollute the information space.

Monika Richter is an analyst with the Kremlin Watch Program at the European Values Think-tank, where she focuses on Russian influence and disinformation efforts in the United States. She holds degrees from Oxford University and the University of St Andrews. Editor’s note: This article has been adapted from a new report published by the European Values Think-tank, The Kremlin’s Platform for ‘Useful Idiots’ in the West: An Overview of RT’s Editorial Strategy and Evidence of Impact.