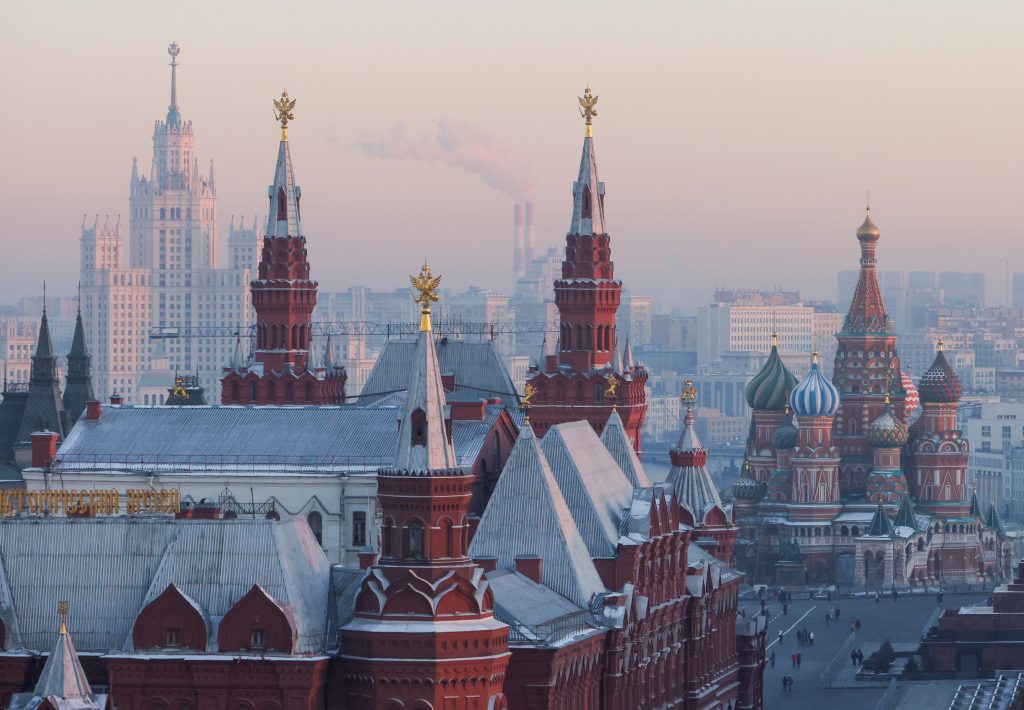 We live in an era of great geopolitical transformation. As the rules and certainties of the past are exposed as outdated and discarded as redundant, the only thing we can forecast with any degree of confidence is more instability.

This turbulence is being driven by a range of factors, including the disruptive role of new technologies and the unpredictability of black swan events like the coronavirus pandemic. However, when it comes to fueling and exploiting today’s rising tide of international instability, one country in particular stands out.

Russia has emerged over the past two decades as the world’s leading exporter of instability. This has become a central pillar of Vladimir Putin’s foreign policy, allowing Moscow to undermine potential opponents from within while enabling the Kremlin punch well above its true geopolitical weight.

Russia has proven itself particularly skilled at exporting instability throughout the post-Soviet space. This relentless Russian destabilization is the reality in today’s Ukraine, Georgia, Azerbaijan, Armenia, Kazakhstan, Kyrgyzstan, and beyond. The current situation in Belarus offers a glimpse of Russia’s opportunism in this regard, with Moscow taking advantage of the unexpected instability caused by last year’s pro-democracy uprising to tighten its control over the country.

Events in Belarus are a source of mounting alarm in Ukraine. Military planners in Kyiv are already confronted by a shared border with Russia of around 2000 km. If Belarus loses its independence, Ukraine will face the prospect of a vast new border to the north of the country manned by Russian troops.

The threat of a major conflict erupting in Ukraine cannot be overstated. For the past seven-and-a-half years, Russia has been waging a hybrid war against Ukraine involving a conventional military component along with cyber, informational, and economic elements.

Around fourteen thousand people have been killed in this war, while millions of Ukrainians have been forced to flee their homes. Crimea and parts of eastern Ukraine remain under Russian occupation. Ukrainians will struggle with the trauma of the conflict for generations to come, and must live with the day-to-day menace of a new escalation.

Many of the destabilization tools developed by the Kremlin in its war against Ukraine have subsequently been deployed elsewhere with great success against European countries and the United States. We must admit that Russia is very good at what it does.

Moscow has rewritten the propaganda rule book and set new standards in the dark art of digital disinformation. The post-Cold War dominance of CNN and other flagships of the mainstream Western media now seems like a distant memory. Instead, it is Russia that is increasingly setting the informational agenda and leading the global conversation.

Disinformation is just one of the Kremlin’s many destabilization tactics. Russia also launches cyber attacks, weaponizes energy supplies, deploys mercenaries, and fans the flames of separatism wherever possible.

It should come as no surprise that Moscow backs far right and far left political movements across Europe with equal enthusiasm. The ideology in question is of no consequence. All that matters is the ability to spread instability. It is difficult to avoid the conclusion that whatever is good for Putin’s Russia is bad for the wider world.

Russia will continue to export instability until it is decisively confronted. Efforts over the past seven years to reason with Russia or dial down the confrontation sparked by the 2014 seizure of Crimea have only served to encourage further escalations by the Kremlin.

Moscow has developed a persuasive narrative about the rotten West, and many in Russia remain confident that the democratic world is ultimately toothless. Given the reluctance of European leaders to confront Putin over his war in Ukraine, it is hardly surprising that Russians believe they have little to fear.

Putin does not hold all the cards, of course. China and Turkey retain the ability to grab the Kremlin’s attention, while the United States continues to dominate Russian foreign policy thinking. However, many in Moscow see today’s America as preoccupied with domestic problems. They have convinced themselves that the sole global superpower is unable to assert itself as it once did on the world stage. Predictably, the recent debacle in Afghanistan was gleefully welcomed in Russia as evidence of this declining US influence.

In reality, the West is not weak. On the contrary, it is overwhelmingly more economically and militarily powerful than Russia, while also light years ahead in any honest contest of ideas and aspirations. The main reason why Moscow’s destabilization tactics have proven so successful is because the West refuses to acknowledge the reality of a hostile Russia.

It is time to wake up from this dangerous slumber. The Cold War victory of democracy is now ancient history and a new generation of conflicts has long since dawned. Western leaders must stop viewing the world through the prism of the past and come to grips with the novel form of destabilizing hybrid warfare currently being practiced by Putin’s Russia.

One of the keys to countering the Kremlin is education. We must rethink our entire approach and place a far greater emphasis on improving digital literacy. Russia has brilliantly exploited the vulnerabilities created by the Information Revolution and the breakdown of old media models. The only way to address this is through educational innovation.

We must also learn to join up the dots. In recent years, individual countries have become so preoccupied with domestic issues that they have often failed to notice the evidence of a Russian role in the instability spreading from nation to nation around the globe. It is vital to refocus on international cooperation and recognize the common interests we all share in working together to overcome this threat.

The world we live in is currently changing at an unprecedented pace, but not all of the instability we encounter is organic or unavoidable. We must adapt our thinking to the new environment if we wish to prevent bad faith actors from exporting instability to further their own ambitions.

Iuliia Mendel is a Ukrainian journalist and former Press Secretary of President Zelenskyy.

Image: St. Basil’s Cathedral and a Stalin-era skyscraper are seen during sunset on a frosty day in Moscow, Russia December 8, 2020. (REUTERS/Maxim Shemetov)