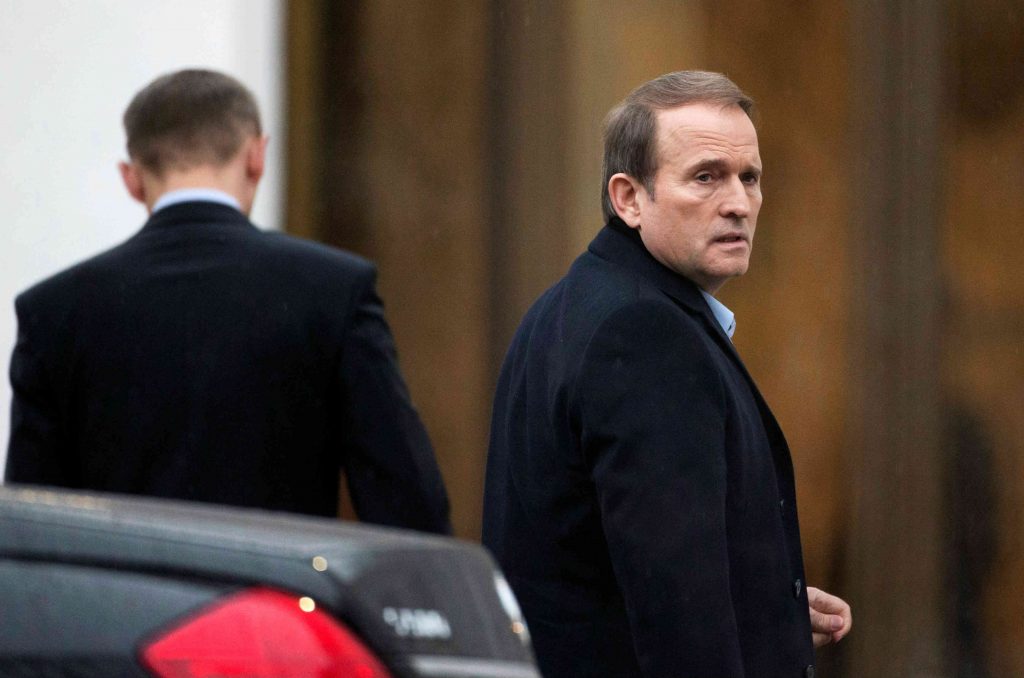 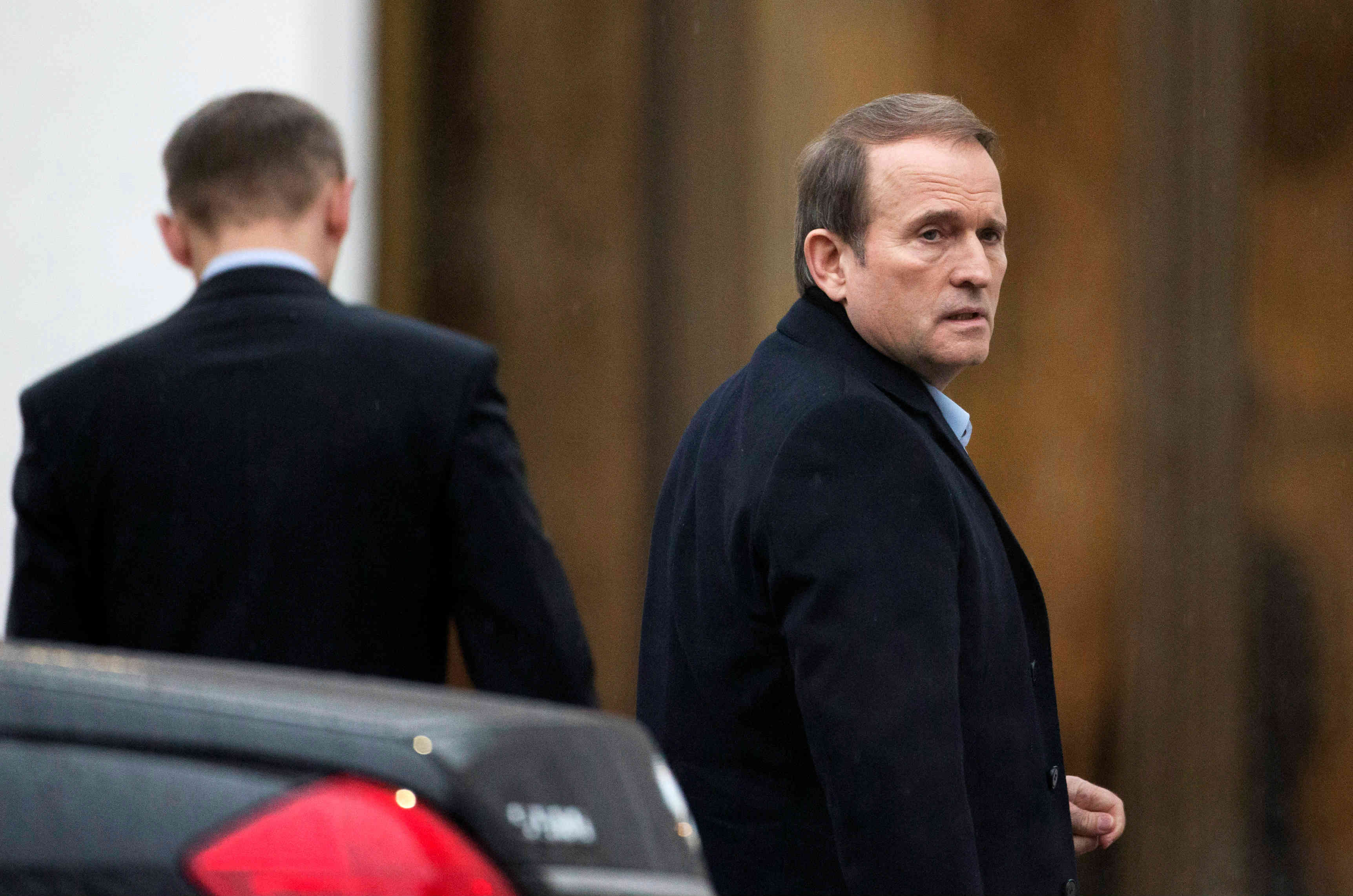 A current controversy brewing in Ukraine illustrates just how relevant the Soviet past is to Ukraine’s present and future—and just how powerful the forces are that aim to reconnect Ukraine and its former hegemon, Russia.

Ukrainian filmmakers have been working on a movie depicting the life and struggle of Vasiliy Stus, a Ukrainian writer and dissident who was tortured to death in a Siberian labor camp in 1985. He was a steadfast advocate for Ukraine’s independence back when the country was part of the USSR. Because of his poetry and critical views toward the regime, Stus was eventually accused of anti-Soviet activities and propaganda. In 1980, he was sentenced to ten years in labor camps, where he subsequently died six years later.

During the trial, Stus was offered the assistance of a state attorney whose formal goal was to defend his client under the Soviet justice system. This job was given to Viktor Medvedchuk, a well-known lawyer who began working with Stus directly after the accusations had been presented.

As Eugene Sverstiuk, another famous Ukrainian dissident, remembers, “When Stus met with the appointed lawyer, he realized that Medvedchuk had been raised by the aggressive communist regime; [Medvedchuk] didn’t want to defend his client and wasn’t interested in seeking justice.” After a brief conversation, Stus consequently refused Medvedchuk’s service, and eventually defended himself on his own.

Ukraine gained independence five years after Stus’ death. By that time, Medvedchuk had managed to build a successful political career. In 2000-2001, he was appointed deputy speaker in the Ukrainian parliament; in 2002-2005, he served as head of Leonid Kuchma’s presidential administration.

In 2011, Medvedchuk launched Ukrainian Choice, a pro-Russian civil movement and political party. Its members advocated for Ukraine’s transformation into a federation, as well as the legalization of double citizenship and strengthening of Ukraine’s economic relationship with Russia.

After Russia’s annexation of Crimea and invasion of the Donbas, Medvedchuk was among the first officials sanctioned by the US Department of the Treasury because of his pro-Kremlin position.

Nonetheless, after the Minsk II ceasefire agreement was signed in February 2015 between Ukraine, France, Germany, and Russia, Medvedchuk became an intermediary on humanitarian issues representing Ukraine.

Throughout his career, Medvedchuk has never denied his pro-Russian sentiments, nor his close ties to the Kremlin. In a recent interview for Deutsche Welle, in fact, he stressed that he “uses his personal relationship with [President Vladimir] Putin for the Ukrainian interest.” In 2004, Putin became godfather to Medvedchuk’s daughter, Daria.

During the filming of “Stus,” Hennady Popenko—who plays Stus—claimed that the scene of the 1980 trial, including Medvedchuk’s role, had been cut from the first version of the film. Shortly afterward, the movie’s producer, Artem Denisov, confirmed it, explaining that his team was working under tight timeframes and that over a dozen other short scenes were also cut.

After the details about the altered scenes became available to the press, Medvedchuk denied accusations that he had pressured the movie’s team to remove them. He defended his own role in 1980, stressing that it was impossible to rescue Stus, as the KGB and other political institutions had already decided the dissident’s fate.

The movie’s producers eventually apologized on their official Facebook page and agreed to bring back a scene about the trial that illustrated Medvedchuk’s role.

Medvedchuk, meanwhile, isn’t hiding his ambitions to possibly return to Ukrainian politics. At the end of July, he joined the pro-Russian political party “For Life,” which currently enjoys relatively high ratings. According to polling conducted by KIIS in March, For Life had the support of 10.3 percent of voters, putting the party in fourth place.

Another significant move that was recently revealed by journalists was the purchase of Channel 112 by Medvedchuk’s associates in August 2018. On August 25, Medvedchuk was the subject of a one-and-a-half-hour-long interview on the channel’s new TV show, “A Great Interview with a Great Politician,” where he stressed the importance of normalizing relations with Russia.

Without a doubt, Channel 112 will be loyal to its owners. On the other hand, the release of the movie “Stus” could seriously affect the image of Medvedchuk and his party during the campaign. The movie is scheduled to be released in February 2019, shortly before the March 31 presidential election.