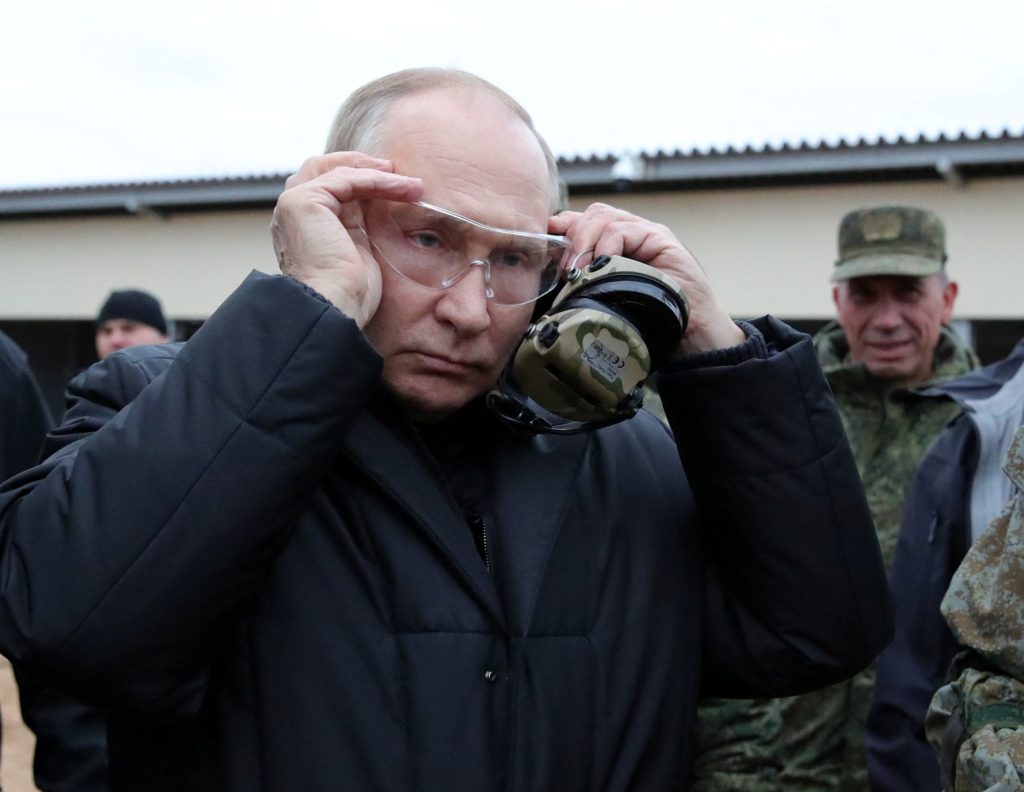 On November 23, I sat huddled with my terrified children in a bomb shelter near Kyiv as Russian missiles roared overhead. For the fourteenth time since early October, Ukraine’s cities and civilian energy infrastructure were under attack.

Putin’s motivation is transparent. Following the massive 100-rocket barrage of November 15, Kremlin spokesman Dmitry Peskov declared that Russia’s aim is to force Ukraine to the negotiating table. In case anybody missed the memo, Peskov blithely offered to stop bombing civilians if Ukraine succumbs to all of Russia’s demands.

Deliberately targeting civilians to achieve political aims is the textbook definition of terrorism. Indeed, in an historic trifecta of international condemnation, the European Parliament this week joined the Parliamentary Assembly of the Council of Europe and the NATO Parliamentary Assembly in recognizing Russia as a state sponsor of terrorism. Putin seems content to drive home the point by raining down more death on Ukrainian heads.

Putin’s bombing campaign has plunged the country into darkness and left tens of millions of Ukrainians without heat, electricity, and water. This is happening on the cusp of winter with snow already on the ground and temperatures below zero. We are staring at a humanitarian catastrophe of barely imaginable proportions.

So far, Ukrainians have responded with the remarkable resilience that has captured the world’s imagination since Russia’s invasion began nine months ago. But anger and frustration are growing. Why is Putin allowed to openly target Ukrainian civilians with such impunity? Where is the response from Ukraine’s allies?

Putin routinely bombards the Ukrainian civilian population because he knows he faces no danger of retaliation. The West appears paralyzed by its fear of Russian escalation. Instead of providing Ukraine with the capability to strike back and lifting restrictions on attacking Russian targets, Western leaders respond to each successive bombardment with expressions of solidarity and vows to “stand with Ukraine for as long as it takes.” Such sentiments are welcome, but they are no substitute for the additional weapons Ukraine so desperately needs.

Having lived through nine months of this war, I know that empty phrases only encourage Putin to double down on brutality and terror against Ukrainian civilians. Time and again, we have seen how Putin expands his campaign of destruction in Ukraine and then waits to gauge the international response. When none is forthcoming, he pushes further.

Putin benefits from escalation dominance because the West has handed him this advantage. Many seek to justify this excessive caution by arguing that the West does not want to get drawn into the war. Such excuses are unconvincing. Russia openly sells the invasion of Ukraine to its people as a “holy war” against the West and claims to be fighting NATO forces in Ukraine. Like it or not, the West is already involved in the current war and will inevitably face a far more immediate threat from Russia if Putin is not resoundingly defeated in Ukraine.

If Western leaders want peace, they must overcome their fear of Russian escalation. This means setting aside concerns about provoking Putin and demonstrating the kind of resolve that will force the Russian dictator to listen.

We already have examples that this approach works. Like all bullies, Putin victimizes those he perceives as weak but retreats whenever he encounters strength. When his recent nuclear saber-rattling was met with global condemnation and promises of “catastrophic consequences,” he quickly abandoned the ploy. Likewise, when his threatened withdrawal from the grain export deal was met by Turkish resolve to continue shipments, he meekly backed down. Putin vowed to “go nuclear” in defense of annexed Kherson and even declared “I’m not bluffing,” but when his army’s position became untenable, he simply retreated.

To prevent a humanitarian catastrophe unfolding in Ukraine and spilling into neighboring countries, Western leaders must draw a credible red line over the bombardment of Ukrainian civilian infrastructure. As Ukrainian President Volodymyr Zelenskyy aptly notes, Russia’s current campaign of airstrikes is tantamount to using weapons of mass destruction and should carry similar consequences.

Ideally, the Western response should include targeted military intervention such as attacks on Black Sea Fleet warships used to launch missiles at Ukraine. If Western leaders remain adamant on avoiding any direct military intervention, they must be prepared to dramatically ratchet up both weapons deliveries to Ukraine and sanctions against Russia. This would mean increasing deliveries to Ukraine of everything from long-range missiles and tanks to artillery systems and fighter jets, while placing radically enhanced new restrictions on the Russian energy sector and introducing secondary sanctions to close loopholes currently being exploited by the Kremlin.

This approach would not only be the morally correct response to Russian war crimes. More importantly, it would also help hasten the end of the war. The Russian army in Ukraine is large but greatly weakened. It is demoralized and vulnerable. If the West now calls Putin’s bluff and doubles down on its military support for Ukraine, Russia can be beaten much sooner than otherwise. Unlike Russia, the West has the resources to escalate and to win this war.

At stake is not just the fate of Ukraine. Putin’s Russia has shown itself to be an irredeemably revisionist power committed to destroying the post-1991 global security order and returning the world to an era of imperial aggression. Unless Putin is decisively defeated, he will grow bolder, and the prize of securing a meaningful peace in Europe will remain unattainable.

Western leaders currently have a unique opportunity to defeat Putin in Ukraine without sacrificing any troops of their own. Ukrainians have proven themselves to be resilient, resistant, and resolute. They are ready to fight for their country’s survival and for Europe’s freedom. All they ask is for the West to overcome its fear of Putin’s Russia and give Ukraine the tools to finish the job.

Daniel Bilak is a Canadian lawyer living in Kyiv. He serves in the Territorial Defence Forces of Ukraine.