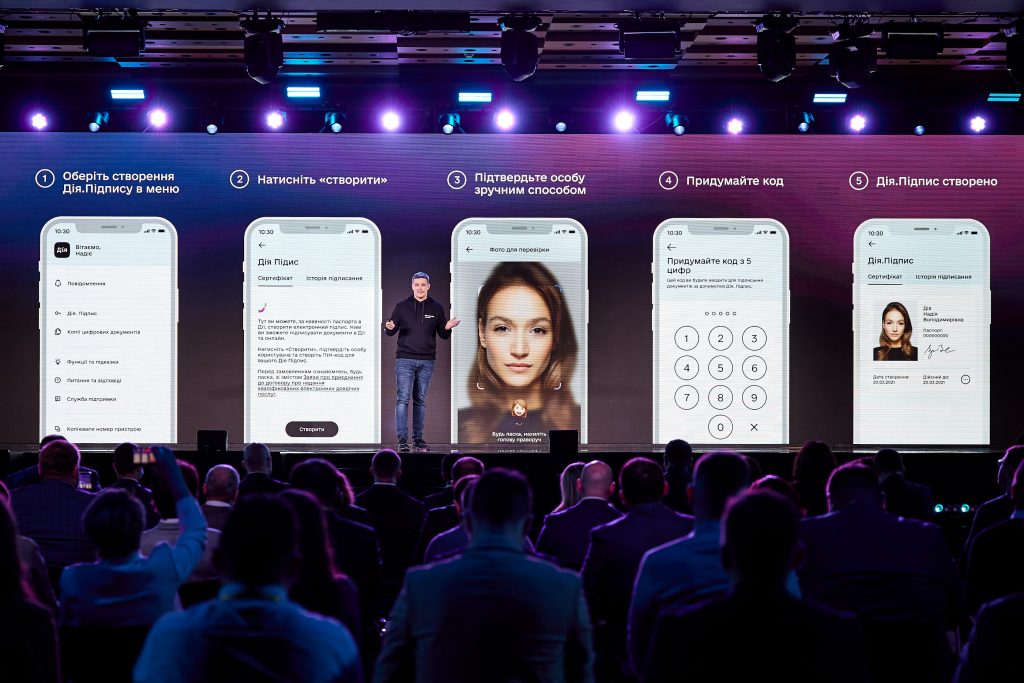 In early September 2019, Ukraine launched the Ministry of Digital Transformation. Two years on, we have made meaningful progress towards the goal of transforming Ukraine into one of the world’s most user-friendly countries with a growing global reputation for digital innovation.

When we first embarked on Ukraine’s digital revolution, almost any form of interaction with the Ukrainian authorities was viewed as a cumbersome and painful process that was best avoided if at all possible. Our aim was to reverse this negative trend. We believe state services should be readily accessible to all, and must be every bit as convenient as the most popular banking, taxi, and holiday booking applications in use today.

The first major step towards this goal was the launch of the Diia application. This was created from scratch as a tool to reinvent the way individual Ukrainian citizens and businesses interact with the state.

Diia is the foundation stone of Ukraine’s emerging digital ecosystem. There are currently around 11 million Diia users, meaning every fourth Ukrainian. Eleven different digital documents and 12 services are available through the Diia application, while 70 online public services for citizens and businesses can be accessed via the Diia web portal.

The launch of the Diia app was a big step towards the “paperless” vision that lies at the core of the Ministry of Digital Transformation philosophy. One of the most significant subsequent breakthroughs in this direction has been the expansion of legal recognition for digital documents. Earlier this year, Ukraine became the first nation in the world to accord digital passports the same legal status as their traditional paper counterparts for domestic use. Ukraine is also one of only four European countries with fully digital driving licenses.

Another key achievement has been the launch of rapid digital business registration. Ukraine now offers one of the fastest registration services in the world, requiring just ten minutes to fill in an application and mere seconds to start your own business. To date, more than 370,000 people have accessed this service via the Diia website.

Since spring 2020, the challenges presented by the Covid pandemic have helped to accelerate existing digitization processes in Ukraine. Innovations have included the Vdoma track and trace app, which has been used by around one million Ukrainians and many international visitors over the past eighteen months. The Ministry of Digital Transformation has also launched digital Covid vaccination certificates via the Diia app and has concluded an agreement with the EU over mutual certificate recognition.

In order to reach this point within the first two years of Ukraine’s digital revolution, it was vital to hit the ground running. During the months prior to my appointment as Minister of Digital Transformation, I conducted detailed research into the most effective forms of e-government, often holding meetings with ten or more experts every day. This input went on to play an important role in shaping my evolving vision for the digital state we aim to build in Ukraine.

Initially, one of the main challenges we faced was a sense of skepticism towards the new ministry, with many Ukrainians regarding it as “just one more government body.” While it was soon clear that we would have to overcome considerable public cynicism, we also encountered obstacles on the other side of the equation from state officials, many of whom did not immediately appreciate the full implications of digitization. The launch of Diia helped to overcome some of these difficulties, with the user-friendly format of the platform and its obvious advantages convincing many doubters.

Today, the mood has changed dramatically. There is now a growing sense of consensus in support of the ministry’s mission to create a digital Ukraine, and we feel strong support throughout Ukrainian society. This backing is a great source of energy and inspiration as we look to push further forward.

Ukraine has made a number of important advances over the past two years, but there is still a huge amount to do. The country’s exceptional IT industry and Ukrainian society’s strong track record of adopting new technologies make it well-placed to claim a place among the world’s digitization pioneers, but the lingering Soviet legacy means that we must advance from what is in many instances a very low base.

The short-term agenda includes plans for the Ukrainian parliament to adopt a law on e-residency and contribute to the framework law on Diia City. Both these steps are expected to have a positive impact on the economy, making Ukraine more attractive to international investors and entrepreneurs.

Towards the end of October, Ukraine will host the third annual Diia Summit. This year’s event is set to be on a different scale to previous years, both in terms of participants and the range of topics on the agenda. We are also preparing for the launch of an innovative new online public services platform that will potentially make life easier for every Ukrainian. Watch this space for further details.

Looking ahead, our long-term objectives remain unchanged. By 2025, we aim to make sure 100% of Ukrainian public services are accessible online. Meanwhile, within this four-year window, 95% of the country will have high-speed internet access and the IT industry will account for 10% of Ukrainian GDP.

These goals will bring us closer to a future where Ukraine is recognized as one of the most user-friendly and digitally innovative countries in the world. The progress we have made over the past two years gives me reason to believe that this hugely ambitious target is entirely possible.