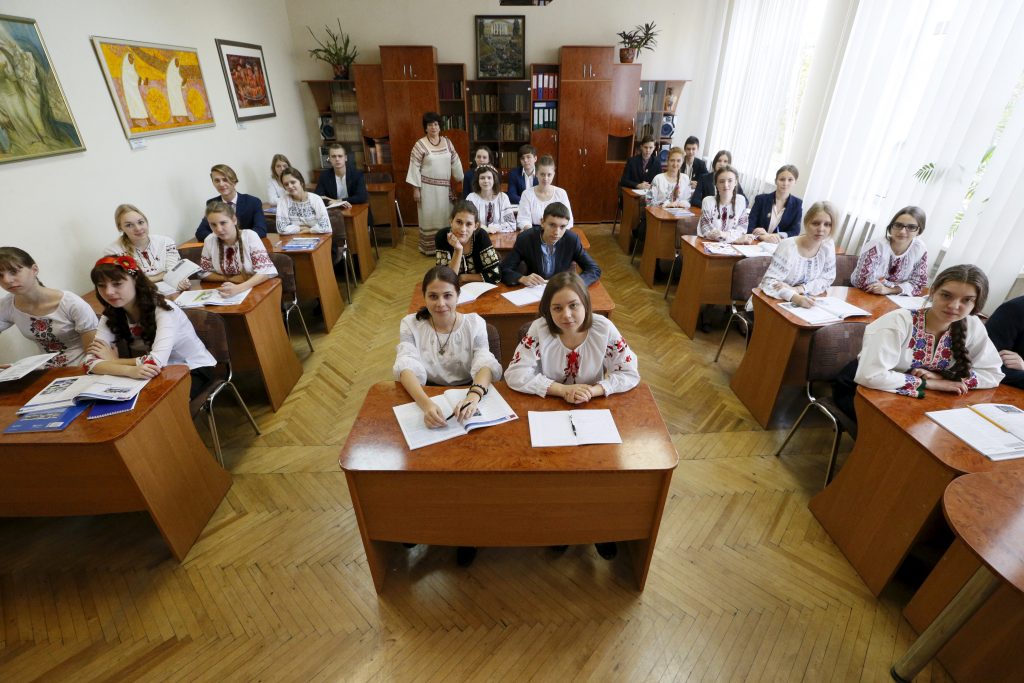 Education sector reform is widely seen as one of the more successful transformations in Ukraine since the country’s 2014 Revolution of Dignity. For the past six years, systemic reforms under a series of different education ministers have brought the Ukrainian education system closer to European standards and created better opportunities for young Ukrainians.

This progress is now under threat. The climate in the Ukrainian education sector changed dramatically in March 2020 with the dismissal of what was a largely reformist government and its replacement by members of the country’s discredited political old guard.

A new education minister has yet to be appointed. Instead, the ministry is currently being led by a third acting minister within the space of less than half a year. The appointment of current Acting Education Minister Serhiy Shkarlet did not even manage to secure the support of the Ukrainian parliament’s education committee, but this has not prevented him from beginning to roll back a series of pro-European changes within the education system. Equally alarming is the disappearance from education among the current government’s priorities. This is equally evident in terms of public policy discourse and funding.

The reforms that are now in danger began in 2014 with a new Law on Higher Education.

This served as a gateway towards greater European integration for Ukraine’s extensive network of universities and institutes of higher education. It granted universities enhanced autonomy, decentralized many of the controlling functions previously held by the Education Ministry, launched new regulatory bodies that aligned with the standards of the European Higher Education Area, and paved the way for the fight against academic dishonesty.

Another important moment was the creation of the National Agency for Higher Education Quality Assurance (NAQA), modeled on the type of independent institution found in all progressive countries. The key functions of the NAQA included maintaining a degree of quality control within Ukrainian higher education and reducing the scope for corruption and academic dishonesty. This new institution took on a number of functions previously handled by the Education Ministry, such as the accreditation of educational programs and the award of scientific degrees.

In 2016, the Ukrainian government launched the New Ukrainian School (NUS) reform initiative in an ambitious bid to radically transform the approach to education in Ukrainian schools and meet the demands of the twenty-first century economy. This involved a revised curriculum with an emphasis on practical and soft skills, together with extensive teacher training and significant reequipping of schools. The first Ukrainian schoolchildren to study within the NUS framework entered classes in 2018, meaning that the first NUS graduates are due to complete their school education in 2030.

Today, almost 1.5 million Ukrainian schoolchildren are studying within the framework of these NUS reforms. So far, the feedback has been overwhelmingly positive. According to a recent study, parents and teachers both support the reform, while children are developing new competencies in areas ranging from decision-making to teamwork.

The dramatic shifts in the Ukrainian political landscape following the presidential and parliamentary elections of 2019 did not initially result in major changes for the education sector. However, the March 2020 dismissal of PM Oleksiy Honcharuk and his reformist government marked a turning point. From that moment onward, Ukraine’s post-2014 educational reforms began to run into increasing difficulties.

Under the pretext of fighting the coronavirus pandemic, the new government of PM Denys Shmyhal proposed to shift UAH 4.9 billion (over 65% of the development funds allocated by the state for education and science) to the government’s Anti-COVID Fund. This lost financing has not been replaced.

The government has also struggled to resolve the educational challenges created by the pandemic. Little effort was made to establish the necessary infrastructure to manage a major distance learning program.

There is an urgent need to provide Ukrainian schoolchildren with the gadgets and internet access that would make distance learning an effective alternative to in-class teaching. According to a survey conducted by the Democratic Initiatives Foundation in July 2020, 21% of Ukrainian schoolchildren reported problems with home internet access during the initial lockdown period, while 19% lacked digital devices for e-learning. Due to these shortcomings, distance education risks exacerbating already pronounced issues of educational inequality within Ukrainian society.

While the government can expect to receive a degree of understanding as it struggles to cope with the unprecedented coronavirus crisis, it is harder to justify the apparent attempts to undo many of the progressive changes introduced to the education sector in recent years.

The Education Ministry has recently submitted a bill for government consideration that aims to undermine the independence of the NAQA and restore centralized ministerial management over the education sector. This would directly contradict European Higher Education Area principles.

The bill proposes to transform the NAQA from a collegial body into a central executive organ, leading to a loss of political independence and subsequent exclusion from European structures, which do not permit governmental bodies to become members. Furthermore, the bill stipulates that all NAQA employees must be civil servants, which would prevent professors, researchers, students, and employers from participating in management processes.

In parallel to these proposals, the Education Ministry also wants to regain its prior powers related to the awarding of scientific degrees and accreditation of educational programs. This is not a European practice, nor will it promote the principles of integrity that unpinned earlier reforms.

In a further blow to financing, the current authorities have frozen longstanding efforts to negotiate a landmark loan of around USD 200 million from the World Bank in order to fund education sector reforms. The parties had reported reaching the final stage in talks earlier this year, but this potentially game-changing investment into the Ukrainian education system is now on hold.

The current disruption of reforms and attacks on the independent institutions established since 2014 risk derailing Ukraine’s efforts to bring the country’s education system closer to modern European standards. Instead, Ukrainian education is in danger of returning to the overly bureaucratic post-Soviet ghetto it languished in prior to 2014.

This is not entirely new. Ukraine witnessed a similar reversal of reforms in 2010, when the incoming government of pro-Kremlin Viktor Yanukovych rolled back reforms including independent external testing and modernization of the national curriculum.

The current anti-reform trend may demoralize the country’s teachers, many of whom have put considerable effort into the changes introduced since 2014. It took a number of years to overcome skepticism towards the reform agenda embarked upon after the Revolution of Dignity. If the dismantling of the country’s pro-European education reforms continues, it may become impossible to revive faith in the reform process.

Liliia Hrynevych is the former Ukrainian Minister of Education and Science (2016-2019). Ivanna Kobernyk is co-author of the “New Ukrainian School” reform concept.

Image: Education sector reform has been one of Ukraine's success stories since the 2014 Revolution of Dignity but this progress is now under threat amid a changing political climate. (REUTERS/Gleb Garanich)