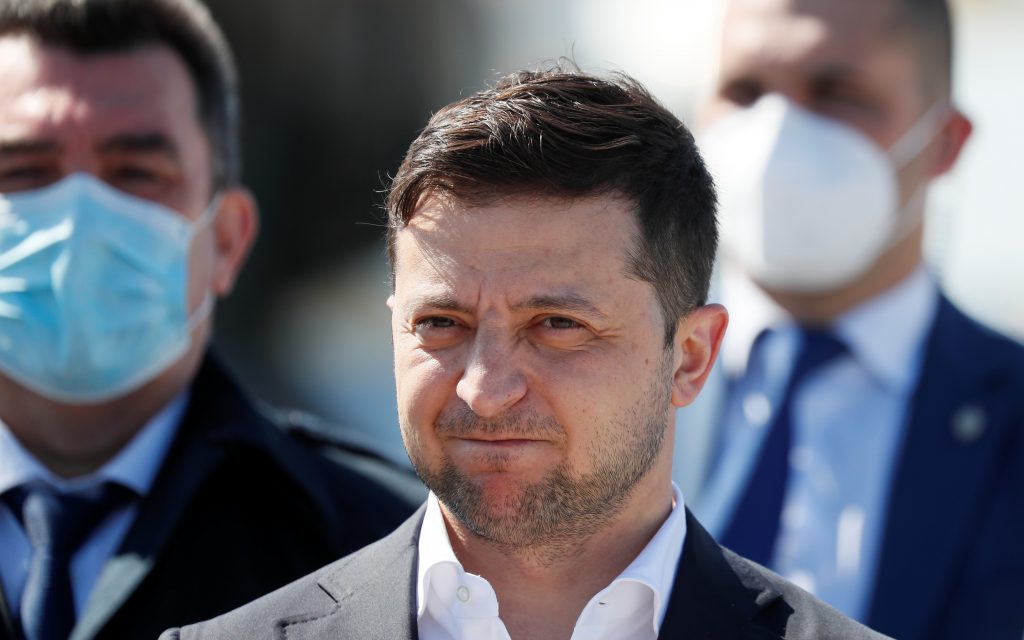 This week sees the one-year anniversary of President Zelenskyy’s inauguration. As Ukrainians reflect on the first year of the Zelenskyy presidency, the dominant theme for many seems to be one of anti-climax, with numerous articles underlining Zelenskyy’s failure to live up to the sky-high expectations that accompanied his landslide election victory in April 2019. This sense of underachievement is understandable, but it is also unfair. Indeed, given the remarkable set of circumstances he has faced, ranging from the ongoing war with Russia and the Trump impeachment scandal to an unprecedented global pandemic, Zelenskyy’s performance during what was the first year of his political career is perhaps deserving of greater recognition.

I worked in the Ukrainian government of President Poroshenko from 2014 until 2016, and was then invited to serve on President Zelenskyy’s Free Speech Council in autumn 2019. This gives me some personal insights into the two administrations. I have come to believe that criticism of Zelenskyy’s record does not fully reflect the day-to-day realities of his administration and fails to acknowledge the significant progress being made.

In a sense, Zelenskyy has only himself to blame for the negative verdicts of his first year in office. The former comedian’s entire election campaign focused on his credentials as an outsider running against the Ukrainian establishment, but he has since had to balance this rhetoric against the practicalities of operating within the existing political system. This has led to compromises and fueled an inevitable degree of disillusionment among his supporters. Nevertheless, the past twelve months have produced a series of steps that are broadly in line with the change in political culture promised by Zelenskyy in spring 2019.

For the first time in Ukrainian history, a law establishing mechanisms for the impeachment of the president has been passed, while the immunity previously enjoyed by members of parliament has been abolished. In a move targeting the widely mocked practice of so-called “piano-voting” in parliament, criminal liability has been introduced for MPs found guilty of voting on behalf of absent colleagues. Meanwhile, criminal responsibility for illegal enrichment has been reinstated following its cancellation during the Poroshenko presidency.

Even his detractors have recognized that the election of Zelenskyy was a triumph for Ukraine’s democratic credentials. He has since moved to strengthen the country’s fledgling democracy with the adoption of a new Election Code that meets many of the objectives long championed by the country’s vocal and influential pro-democracy activist community.

There has been progress in the notoriously corrupt sector of state-owned enterprises. Following years of unfulfilled promises, the unbundling process at Ukraine’s energy giant Naftogaz has been rapidly achieved over the past year in cooperation with the EU. Zelenskyy has also initiated a radical shake-up of the government approach towards privatization, with over a thousand state-owned enterprises and assets penciled in for auction and a new investor-friendly approach to sales adopted that incorporates best international practices and unprecedented levels of transparency.

In autumn 2019, MPs approved a mechanism for concessions that paves the way for a whole new era of public-private partnerships in Ukraine and the upgrade of the country’s infrastructure. The first concession tenders for the ports of Olvia and Kherson took place in late 2019. These tenders attracted significant attention from the international investment community and have already been successfully completed.

One of the most eye-catching reforms during Zelenskyy’s first year was the repeal of a moratorium on the sale of agricultural land that had been in place since the turn of the millennium. The adoption of a new Land Law in March 2020 was a landmark event for Ukraine, which until then had been one of only six countries globally without an agricultural land market. The end of the moratorium was accompanied by measures to create a more transparent land register. Although many in Ukraine remain opposed to farmland market reform, it is undoubtedly a major policy decision that previous reformist governments had flirted with but ultimately shied away from.

President Zelenskyy’s 2019 election campaign was a masterclass in digital marketing that will be studied for years to come. Since taking office, he has followed up on this success by promoting the concept of “a country in a smartphone”, with more and more government services becoming available via digital platforms. This was reflected in the creation of the new Ministry of Digital Transformation in August 2019. Earlier this year, Ukraine launched the “Diya” application, which allows users to obtain digital versions of documents such as driver’s licenses and passports. This digitization drive is a powerful blow against corruption with the potential to dramatically reduce graft within state agencies.

The above examples offer an indication of the reformist agenda President Zelenskyy has pursued since taking office. His record is far from unblemished. Indeed, it is easy to understand the mounting concerns over Zelenskyy’s personnel choices, but this should not obscure the advances that are also taking place. While the removal of many high-profile reformers from senior government positions in March and April 2020 has caused widespread alarm, it is also important to recognize bold pro-reform moves such as the recent decision to appoint former Georgian president Mikheil Saakashvili to head up Ukraine’s National Reform Council.

During a press conference to mark his first anniversary in office on May 20, President Zelenskyy conceded that a single five-year term would not be sufficient to fulfill his promises to the Ukrainian electorate. Few would argue with this assessment. Nor is there any consensus on the durability of the changes implemented so far.

There are certainly grounds for skepticism. With political pressure mounting against NABU, it remains to be seen whether this anti-corruption agency will be allowed to operate effectively and independently. Huge questions also remain over whether Saakashvili will have enough political support to make an impact as head of an enhanced but nonetheless advisory National Reform Council. The jury is still out on these and a wide range of other issues.

Any assessment of Zelenskyy’s first year as Ukrainian head of state must take into account the fact that in political terms, he remains an absolute beginner. The former comedian and showbiz producer is currently on what is probably one of the steepest learning curves in the history of world politics. He may not have lived up to the impossibly high billing of his meteoric rise to the presidency, but Zelenskyy’s initial twelve months in office provided sufficient indications to believe that he may yet come to play a transformational role that is closer to the hype surrounding him.

Image: Ukrainian President Volodymyr Zelenskyy has struggled to live up to the sky-high expectations that accompanied his remarkable 2019 election victory, but he has done enough in his first year to suggest he may yet live up to the hype, argues Tetiana Popova. Photo: REUTERS/Gleb Garanich