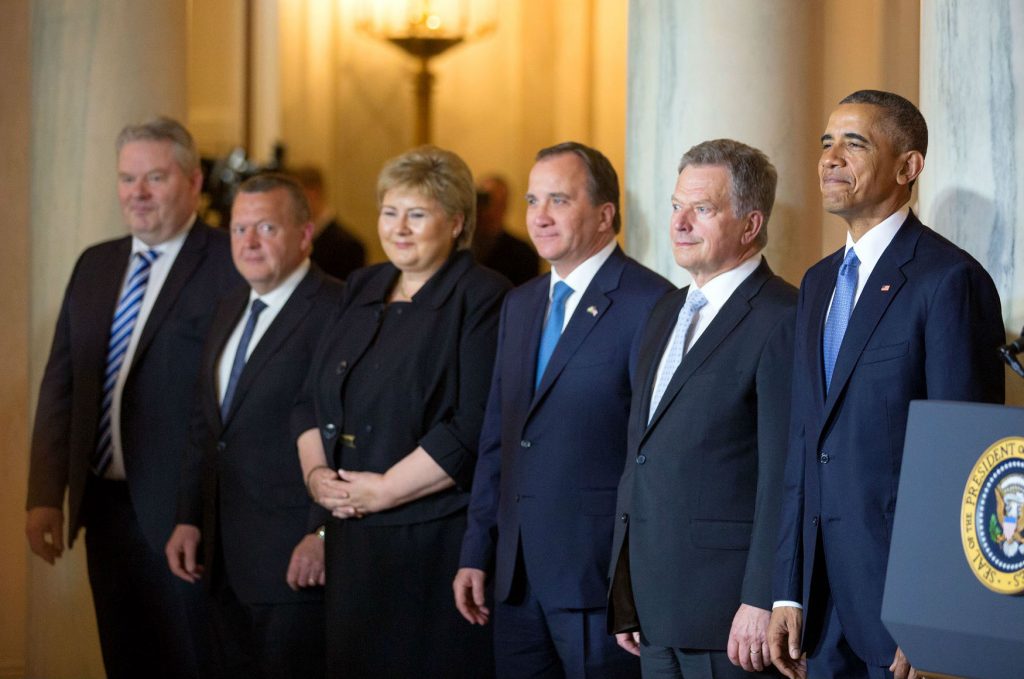 Sweden is one of Europe’s fiercest critics of Russia’s actions against Ukraine, but NATO membership is out for now

US President Barack Obama just hosted the leaders of the countries that he wishes the rest of the world would emulate. During the Nordic-United States summit, the president had a chance to repeat to his Scandinavian guests how everything would be so easy if the rest of the world could just be like them, as he told Jeffrey Goldberg in an interview in The Atlantic. Obama “has always had a fondness for pragmatic, emotionally contained technocrats,” Goldberg observed.

Even though this is a fitting description of Scandinavians, there are still some issues that are emotional in that part of the world. Sweden’s peculiar position on NATO is a good example.

Sweden’s ruling Social Democratic-Green coalition asked career diplomat Krister Bringéus to submit a report in August on all of Sweden’s security relationships. The report will not, however, answer the most important question: Should Sweden join NATO? The reason is obvious—neither party in the government supports Sweden’s membership in NATO.

In order to understand why this is the case and how it could change, one needs to look not only at the current security environment, but at Swedish modern history and identity, specifically at how “nonalignment” is understood in Sweden.

At first glance, the word “nonaligned” may seem peculiar. Sweden cooperates openly with NATO. It recently decided to join NATO’s center for countering Russian information warfare in Riga. Its parliament is expected to ratify a Host Nation Support Agreement with the alliance this month. Moreover, Sweden is one of Europe’s fiercest critics of Russia’s actions against Ukraine. These policies are backed across the political spectrum; when the center-right government was replaced by the current one, support for Ukraine and EU sanctions against Russia did not change.

The first reason why Sweden stays clear of actual membership is history. The nonalignment policy originated with the concept that by avoiding military alliances, Sweden could stay out of both world wars. This position continued during the Cold War, but quickly became more rhetoric than reality. Swedish decision-makers had no illusions about where the threat was coming from. In fact, there were secret defense plans made together with the United States in case of a Soviet attack. Sweden preached disarmament but had a robust military, including one of the world’s largest air forces.

The second reason is identity. The concept of nonalignment became a key ingredient in the program of the Social Democratic Party, which completely dominated Swedish politics in the postwar period. This was especially highlighted during the premiership of Olof Palme, when it was used to promote a “third way” between the two superpowers and decolonization.

Since the end of the Cold War, Sweden has participated in several NATO-led operations. However, it made sure to stay clear of anything that could be labelled as fighting a war. Swedes have a strong desire to keep the image of Sweden as a peaceful nation. Since NATO is often viewed as an organization that deals with war, membership, according to some, would tarnish the image.

This image is important for the Swedish left, as is the idea that as a nonaligned country, Sweden can be a voice for disarmament and an honest mediator in conflicts. Foreign Minister Margot Wallström, from the Social Democratic party, has launched a “feminist foreign policy” focusing on these issues. She has pushed for Sweden’s candidacy for a rotating seat at the UN Security Council with the slogan “Global commitment, independent voice.”

Unfortunately for Wallström, this slogan quickly ran into something that has been painfully absent in Swedish security policy debates for a long while—a reality check. Criticism arose that Sweden, as a member of the European Union, is not an “independent voice” at all.

This brings us to the third reason: hubris. Like Germany, Sweden has long believed that by engaging Russia, it can make the Kremlin a more responsible actor. Those who oppose NATO membership often speak of how nonaligned Sweden must work to promote “de-escalation” and “dialogue” between the West and Russia. They apparently think there is something Sweden can do that countries like the United States, France, and Germany haven’t already tried. This positon also fails to take into account that Russia doesn’t see Sweden as a neutral broker, but as a country firmly in the Western camp because of its EU membership and support for Ukraine.

But as Obama said, Swedes are also pragmatic. And that’s why supporters of NATO membership have an unexpected ally in Russian President Vladimir Putin. Russia has increased its military activity in the Baltic Sea and has violated Swedish territorial waters and airspace several times in the last few years. In March 2013, Russian planes conducted a simulation of a nuclear strike against Swedish targets. By continuing its aggressive behavior, Russia is making the Swedish people look more favorably on NATO. Public opinion is changing, with recent polls showing that 37 percent of the Swedish population now favors membership, versus 31 percent against. The Social Democrats are also known for their ability to evolve and change; the party once strongly opposed EU membership, only to turn around in the early 1990s.

Swedes are not prone to isolationism. When they joined NATO, the Baltic states made the previous Swedish position of opting out from war impossible. Several studies, including one from the RAND Corporation, have highlighted that in order for NATO to be able to defend its Baltic members, it needs access to Swedish territory. Since the Baltic states are members of the EU, Sweden simply cannot stay out of such a conflict.

However, nothing is likely to move under the current government. The Green party has a strong pacifist leaning, and even though several Social Democrats have come out as NATO supporters and Defense Minister Peter Hultqvist has spoken out harshly against critics of the Host Nation Support Agreement, membership is still off the table. But all of the parties in the center-right opposition are now supporters. The far-right Sweden Democrats oppose both the EU and NATO, but unlike several of their far-right counterparts in Europe, they are not exactly pro-Russian, and most of their voters actually favor NATO membership.

The legacy of the “third way” policy of the Cold War also has a touch of anti-Americanism. Wallström recently warned of having Donald Trump decide Swedish defense policy. If Trump is indeed elected president, it will be interesting to see how far Putin has to push Sweden in order for pragmatism to triumph over history and emotions.

Aaron Korewa is a Visiting Fellow at The McCain Institute for International Leadership. The views expressed here are solely those of the author and do not necessarily represent the opinions of The McCain Institute. Korewa is former political adviser to Carl Bildt, former Foreign Minister of Sweden.