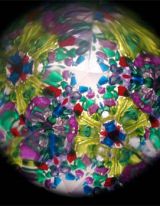 In the latest Iran Task Force issue brief, authors Yasmin Alem and Barbara Slavin analyze the political climate leading up to the June elections in Iran.

Iran has never had what the West would regard as free, fair, and competitive elections. The upcoming presidential elections this June will be no such exception, with candidates restricted to eight proven loyalists to the regime. Nevertheless, the vote will be an important barometer of the stability and durability of an embattled regime that is increasingly unpopular domestically and isolated internationally.

The elections will also produce a new turn of the kaleidoscope within Iran’s shrinking political elite, as existing factions break apart and regroup. The next president is likely to be more moderate in tone, if not in policy, and more competent and less divisive than the outgoing Mahmoud Ahmadinejad. This could have important implications not just for the country’s domestic course but for Iran’s confrontation with the United States and the international community over the nuclear question.

This issue brief was launched at a May 30 event.