Atlantic Council experts respond to the withdrawal of US troops from northeastern Syria, Turkish military action, and the road ahead on a members and press call. 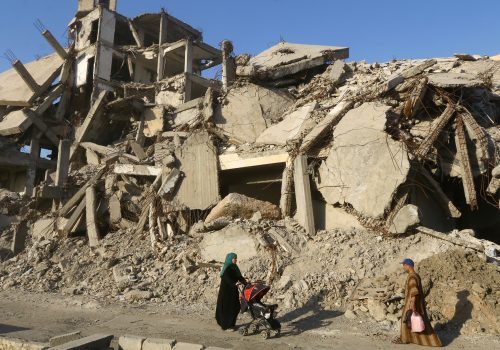 The future of northeast Syria

Executive Summary The future of northeast Syria is unsettled after eight years of civil war and the US intervention to combat the Islamic State of Iraq and al-Sham (ISIS). It also faces the various divergent interests of powerful external actors, including Russia and Turkey. In mid-April 2019, the Atlantic Council, Konrad-Adenauer-Stiftung, and the Foreign Policy […] 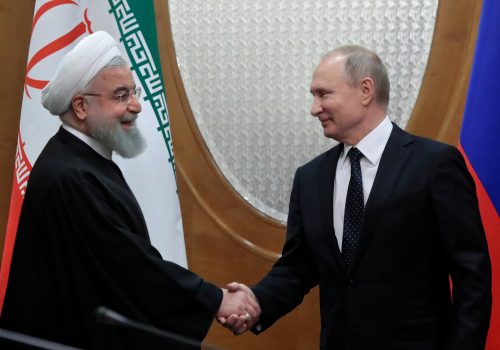 Russia and Iran in Syria—A random partnership or an enduring alliance?

Russia and Iran are allies in Syria not out of mutual sympathy, but for pragmatic reasons. Iranian leaders were instrumental in convincing Vladimir Putin to send his air force to Syria to support Bashar al-Assad in September 2015, and the two countries cooperate within Syria to this day. However, their various differences highlight the limits of what looks like an alliance of convenience. 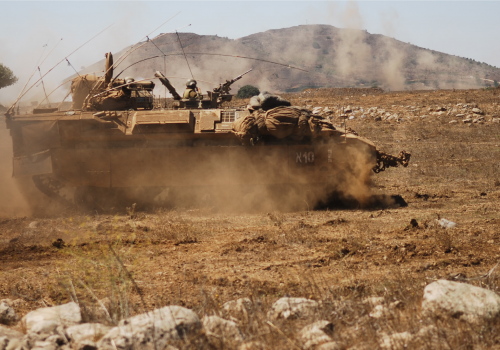 The evolving Iranian strategy in Syria: A looming conflict with Israel

Iran began its military involvement in Syria in 2011, at the outbreak of the civil war. Tehran’s immediate objective was to defeat the Syrian opposition militarily to save Syrian President Bashar al-Assad. The maintenance of the Shia-Alawi-dominated regime in Damascus was key to the Islamic Republic’s long-term regional strategy, the creation of a contiguous Shia […]

Tehran stands atop the Syria-Iran alliance

Syrian President Bashar al-Assad has managed to hold onto power through the civil war and has the determined support of Iran to thank for his position. In Tehran Stands Atop the Syria-Iran Alliance, author Danielle Pletka examines ties between Syria and Iran, the power relationship that has emerged, and the legacy it leaves for the […]

The Kremlin’s actions in Syria: Origins, timing, and prospects

Resolution to the conflict in Syria requires an understanding of the Russian intervention, involvement, and interest therein. Putin’s interest in regaining the “influence that the Soviet Union once enjoyed in the Middle East” shapes how the West must engage Russia, as Ambassador John E. Herbst highlights in The Kremlin’s Actions in Syria, a new report […] 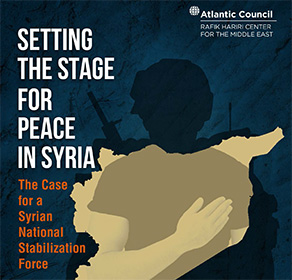 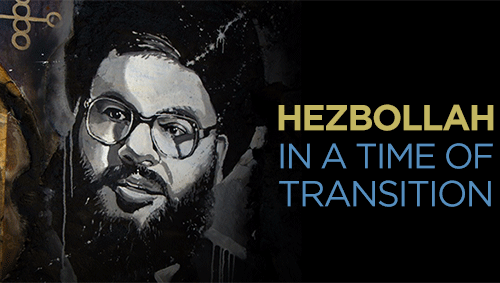 Hezbollah in a Time of Transition

With the Middle East in flux and sectarianism on the rise, the Lebanese group finds itself overtaxed and on the defensive. Read Now (PDF) The Syrian conflict is transforming the Lebanese Hezbollah. A movement that long claimed to transcend sectarianism is now the longest pole in the Syrian regime’s tent, and has become a bogeyman […]

On September 22, the Atlantic Council’s Brent Scowcroft Center on International Security conducted a war game to examine the type of strategic interaction that might ensue between the US-led coalition and Islamic State in Iraq and al-Sham (ISIS) fighters over the next six months. The latest issue brief from the Brent Scowcroft Center on International […]