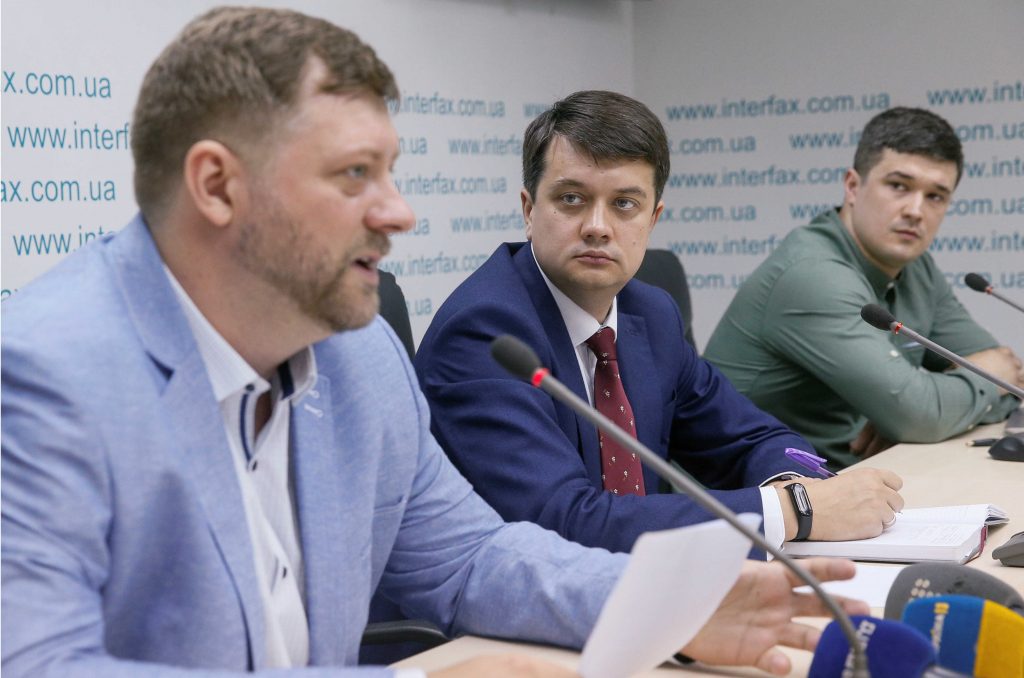 With the Constitutional Court of Ukraine affirming the dismissal of parliament last week, new elections are moving ahead for July 21. Here are five predictions on what to expect.

First, President Volodymyr Zelenskyy’s Servant of the People has a legitimate chance to form a one-party majority in the parliament. This would mark the first time since independence that one party controlled the entire government apparatus. The party needs 226 seats to form a majority, and with Ukraine’s mixed election system (50 percent of seats are allocated through party lists and 50 percent are single-mandate districts), Servant of the People is likely to take 130 party-list seats if its popularity continues; the party is polling at 45 percent. It would need to win about half of the single-mandate seats to form a majority. However, even if they formed a majority by themselves, mathematical realities are likely to force them to invite at least one other party into their government, to ensure sufficient votes to pass key issues.

Second, because Servant of the People is not homogeneous and will eventually splinter, expect the reintroduction of the infamous imperative mandate. Servant of the People party candidates largely consist of friends of President Zelenskyy, allies of oligarch Igor Kolomoisky, and anti-corruption activists and others who desire change in government. Keeping this “change” coalition together will be a challenge, because each major group defines “change” differently. Therefore, expect the reintroduction of the imperative mandate to try to keep discipline in the ranks. The imperative mandate is a draconian tool with its origins in the Dark Ages, which allows party bosses to boot party list MPs from the faction. When an MP breaks rank and votes against the party on an issue, the imperative mandate can be used to subsequently remove the MP from the faction and then take away their deputy’s mandate. Once the MP loses their mandate, they are replaced in parliament by the next individual on the party list. Thus, MPs are less likely to vote their conscience and more like to toe the party line to avoid expulsion from parliament.

Third, Holos will continue to eat away at former President Petro Poroshenko’s electorate. Holos, led by singer Svyatoslav Vakarchuk, seems to be catching momentum, and is ahead of Poroshenko’s recently rebranded European Solidarity in some polls. Since Zelenskyy is still in the honeymoon period following his 73 percent victory in April, Poroshenko voters are now deciding which party should be the main opposition. Holos is trying to capitalize on the desire for change by refusing to allow any current MPs on its party list. European Solidarity has rebranded itself with new faces and non-toxic MPs. However, until Zelenskyy makes a mistake which costs him support, Holos and European Solidarity are fighting over the same 25 percent of voters.

Fifth, Opposition Bloc has polled poorly so far (under 2 percent), but don’t count out them out yet. Though Opposition Bloc has seen their brand hijacked by Opposition Platform-For Life (currently polling around 11 percent), the addition of big cities mayors to the Opposition Bloc party list can make a difference. The inclusion of the mayors of Odesa, Kharkiv, Mariupol, Zaporizhya, and Pavlohrad brings those mayor’s political machines into play on behalf of Opposition Bloc. Keep in mind that these cities constitute about 11 percent of the population. Since these mayors will be up for reelection in October 2020, this election is a test run for them. By delivering their electorates for Opposition Bloc in July, those mayors can ward off serious challenges in 2020. Failing to deliver sufficient votes to get Opposition Bloc over the 5 percent threshold nationwide will invite challengers for their own reelections.

Brian Mefford is a senior nonresident fellow at the Atlantic Council and director of Wooden Horse Strategies LLC, a governmental relations and strategic communications firm based in Kyiv, Ukraine.