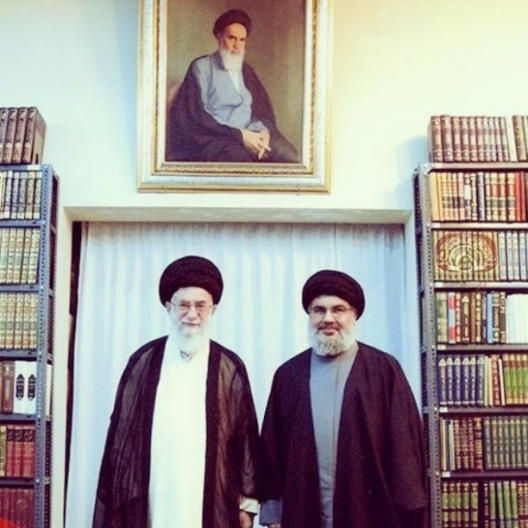 Hanin Ghaddar, the Beirut-based Managing Editor of NOW, recently published an eloquent but hauntingly sad account of the status of Lebanese Shia who disagree publicly with the policies and ideology dictated by the leadership cadre of Hezbollah. Ms. Ghaddar recently visited Washington, DC, where she spoke about Lebanon and Syria. As her thoughts did not toe the line of Hezbollah orthodoxy, she was greeted by a campaign of personal vilification when she returned home to Lebanon. MENASource is proud, with the permission of Ms. Ghaddar, to reprint her extraordinary essay. Although it is understandable that many Lebanese Shia have flocked to Hezbollah for reasons having to do with protection, empowerment, services, and status, one hopes that this Iranian-inspired flirtation with totalitarianism will prove eventually to have been a painful but temporary detour in Lebanon’s long march toward effective statehood and nationhood. Indeed, a Lebanon where citizenship transcends confession and law trumps impunity would be a place inhospitable to totalitarianism, regardless of its source. Yet that happy day is a long way off. In the meantime one hopes that courageous Lebanese like Hanin Ghaddar will be free to do their work without the menace of intimidation.  –Frederic C. Hof, senior fellow with the Rafik Hariri Center for the Middle East.

The people of the Resistance, the most honored [achraf el nas], or “the Shia of Ali” as Sayyed Hassan Nasrallah likes to call them, unleashed on Wednesday evening a barrage of celebratory gunfire following the announcement of Bashar al-Assad’s unsurprising victory in Syria’s presidential elections. Supporters in the Beqaa and in Tripoli’s Alawite-populated Jabal Mohsen, as well as in Beirut’s southern suburbs, celebrated Assad’s victory as their own. You’d think Imam Mahdi had finally appeared, or that Israel had been wiped off the map.

It was a significant show of power, dominance, and entitlement, as if to say, “We are here, we are everywhere, we have weapons, and we will use them anytime we want. You – the insignificant others – cannot do anything.” It was a sign of the power that had forced many Syrians to vote for an incumbent president who had wreaked havoc on their nation. And that’s the only thing that matters. Victory is about the ability to stay in power, no matter what the consequences are.

Drunk with power and triumph, Hezbollah and its supporters will now look further down on anyone in disagreement with them, and even more so if you are a Shiite. Whoever you are, you’ll be a traitor, a symbol of betrayal to the Resistance and all the sacredness it carries. But if you’re a Shiite, your betrayal is more striking because, simply, this fight is about your identity and the community’s sense of power and righteousness. The Resistance tolerates no resisting, especially not from Shiites. The Resistance is about dominance.

What is it like to be a Shiite today?

At best, you are a Shiite first and a Lebanese second. You are the daughter – or son – of the Resistance, not a Lebanese citizen. Your land, your family, your home, and your life are not yours. They belong to the Resistance. All you are and all you have are a price to be paid at the altar of the Resistance, because liberation – supposedly a calling – turned out to be a very costly endeavor, for which you have to pay everything and cease to live.

If you disagree with Iran’s policy in the region, it means you’ve betrayed all the Ahl El Beit, from Imam Hussein to Sayyeda Zeinab, and attempted to destroy the collective history of Karbala. If you don’t like what Hezbollah is doing in Syria, you better stay silent, or pretend to be happy and celebrate Assad’s victory, like many others.

You have no say in anything. Your ideas and way of life are not yours to shape or decide. You’ve been occupied, conquered, and branded. You have no choice but to accept your destiny, and the omen of domination and power of those in charge of your life.

Resistance is a way of life.

It is a commitment and an identity. You are brought up to believe that without the Resistance, you would have been and will be defeated. Resistance is your family. You are not a person. You are a small part of a bigger picture, and you are not supposed to understand all the details. Leave that to the leadership. All you have to do is believe. You are nothing if you don’t believe. Resistance defines you and makes you who you are. And it will take care of you; it will provide you with everything you need. All you have to do is give up, and give in.

Don’t you crave the glory you’ve heard about during every single Ashura since you were born? You will be given that glory, but it requires acquiescence. Stop asking questions. Forget about those bloody pictures of dead innocent Syrian children. Why don’t you stop watching TV and reading papers altogether? Watch Al Manar TV and you will get the truth – the truth they need you to know – so that you can relax.

Forget about the small definitions of resistance. Think about the bigger picture: the dominance of the Shiites. Isn’t that a glorious cause? Resistance is no more about Hezbollah’s army fighting Israeli occupation. Forget about borders and states; these are details. Lebanon is not your ultimate homeland. Your community and your family are much bigger than that. Think of the Resistance as a longer and broader fight against everyone who wants to defeat you as a Shiite. Then you will understand that it is a fight for you, for your family and your community.

The Resistance is about the ultimate victory. You will have to accept the sacrifices, the death of friends and relatives. What is an individual death compared to the glory of the community? If you die for the bigger cause you will be called a hero, a martyr, and a champion. Yes, you will be forgotten after a few days and your family will suffer indefinitely, but that’s okay, because you are nothing. You are a small but necessary sacrifice, and you should rejoice.

In the name of the Resistance, you must rejoice. Keep your fears and pains to yourself. Ignore those passing feelings of sympathy for the dead children of Syria. In the name of the Resistance, you should stop feeling. Think of yourself as a victim – a victim of a grand conspiracy theory that aims to kill all the Shiites in the world. Believe in the Resistance as your identity and way of life. Believe everything it tells you. Forget you are a thinking, feeling human being. It is easier that way.

As a Shiite, you are to believe that you are one of the chosen people. Believe, or you will be a traitor. It is not a choice. You are not free. Surrender your freedom. Surrender your life, and rejoice.

Hanin Ghaddar is the Managing Editor of NOW. She tweets @haningdr. This article was originally publish on NOW, June 5, 2014.