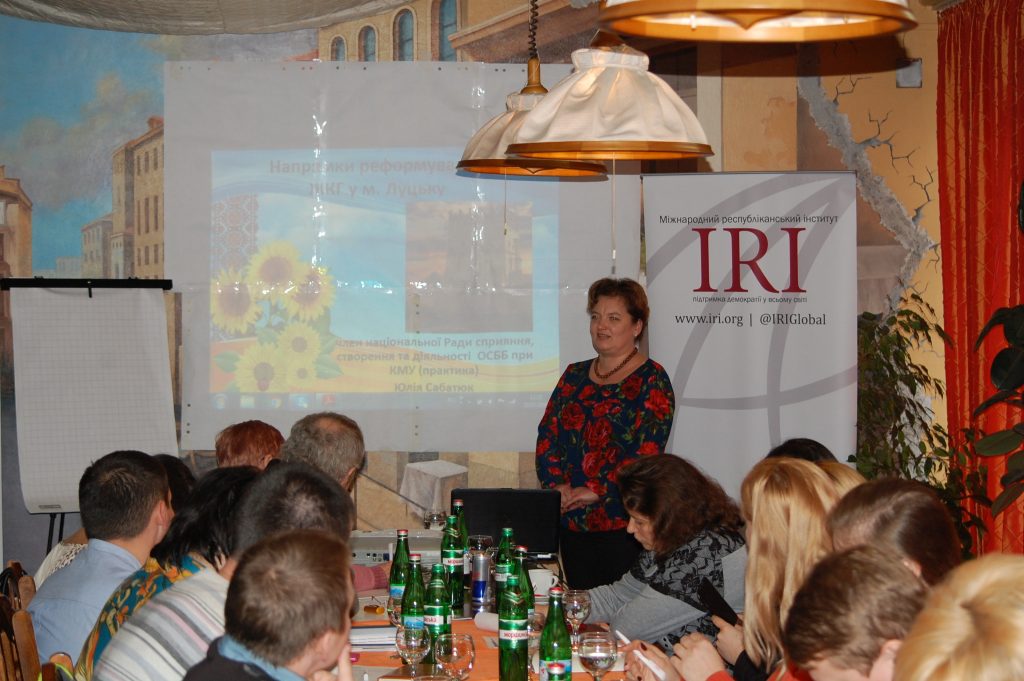 Ukraine watchers know all too well that for every success reported about the country, there are numerous setbacks. Yet there are encouraging signs currently occurring within the reform process, particularly at the local level.

Perhaps the most successful reform is quietly taking place outside of Kyiv, and has the potential to reinvigorate civic participation, address municipal corruption, develop trust in political parties’ ability to work for citizens’ interests, and build local governance. It involves attacking a problem that affects millions of Ukrainians: the administration of apartment buildings’ common spaces.

Poorly-maintained public spaces and communal property are the norm in Ukraine. Historically, the responsibility for all issues outside of an apartment owner’s door has belonged to ZhEK (pronounced “Zhek”), a state bureaucracy from the Soviet era that collects payments from residents to manage apartment buildings’ communal spaces. This includes services such as collecting trash, cleaning entryways, and fixing elevators.

Residents have little control over the companies ZhEK contracts to provide these services. Opaque or nonexistent tender processes, poor workmanship, and long wait times for essential repairs are the norm. A whole genre of jokes lampooning the unreliability of ZhEK speaks to Ukrainians’ wider frustrations with bureaucracy, corruption, and their exclusion from decision-making.

According to the Law on Peculiarities of Ownership in Multi-Apartment Buildings, all apartment owners in multi-apartment buildings can now, by July 1, decide who will administer their buildings—or local authorities will choose for them. This impending deadline has created a sense of urgency for residents who want to stop using this corrupt system. The International Republican Institute (IRI) has been actively responding to an almost-overnight demand for information on the process.

In particular, many citizens have shown strong interest in creating private, citizen-led housing associations in order to collectively manage their apartment buildings, and have been requesting information about the procedure for creating and registering an association. While only a very small percentage of homeowners currently belong to an association, IRI municipal polling reveals that those who do report that the associations have helped them resolve housing issues, save money, and cut corruption at the local level.

Some examples of where these associations are popping up include:

Mariupol, Donetsk region: The political party Power of People has supported the creation of eighteen initiative groups that could lead to local housing associations in the city.

Finally, local communities have begun to coordinate and organize networks of housing associations across Ukraine. For example, in Varash, citizens have worked with the Power of People political party to create an interactive map that shows the housing associations created within their city, as well as other neighborhoods that have begun the process.

The benefit for political parties, particularly active local branches, is obvious. More and more parties are choosing to work with initiative groups to resolve community issues. This allows parties to encourage dialogue with activists who are eager to create housing associations, and to increase their credibility and be seen as active in governing. The examples of the Power of People in Mariupol and Self-Reliance in Slovyansk show that when a party takes on a problem that interests everyone, it makes the party more recognizable and reputable among constituents, and also builds a bridge between voters and the parties at a visible level.

For residents, particularly in eastern Ukraine, who feel marginalized by Kyiv and disconnected from parliament, this is a commendable effort that has the potential to reap an array of democratic reform benefits for the country as a whole. The emergence of housing associations represents a push to reclaim local spaces and empower citizen voices in Ukraine’s ongoing revolution.

Image: The local branches of the Power of People and Public Control have facilitated the development of five housing associations in Varash, Ukraine. Many citizens have shown strong interest in creating private, citizen-led housing associations to collectively manage their apartment buildings. Credit: IRI