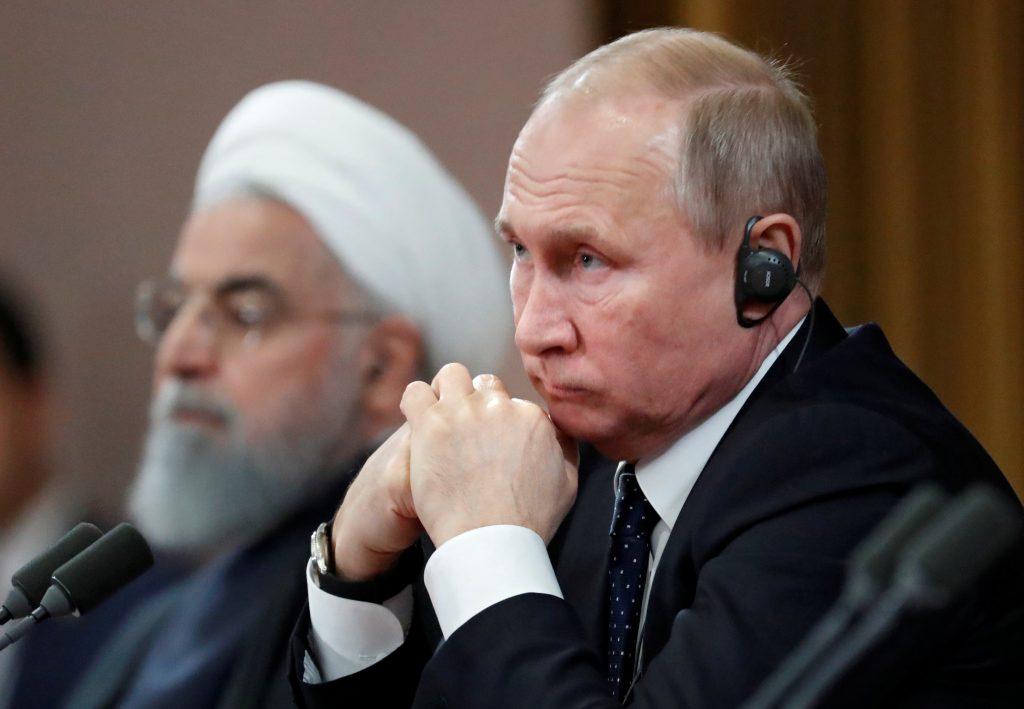 Moscow, not surprisingly, has reacted negatively to Washington’s announcement that Iranian Quds Brigade Commander, General Qasem Soleimani, was killed in Baghdad in a US drone attack. Russian President Vladimir Putin, in a conversation with French President Emmanuel Macron, “agreed that  US actions have the potential to seriously aggravate the situation in the region.” Other Russian officials have made similar statements. Russian Foreign Ministry Spokeswoman Maria Zakharova noted that “the killing of a representative of a government of a sovereign state, an official, these actions are completely devoid of any legal basis.”

But while Moscow has been vociferous in criticizing the Trump administration for killing Soleimani, so far it has been remarkably silent in saying what Russia will do about it. A Moscow Times article by a Russian and an Iranian scholar noting how the killing of Soleimani might lead Russia to increase its supply of defensive weapons to Iran and also observed that, “It is doubtful that Moscow will make any radical changes to her policy of not supplying Tehran with offensive weapons.”

Indeed, how to respond to the US killing of Soleimani poses a serious challenge to Moscow. On the one hand, it raises the opportunity to solidify its relationship with Tehran. On the other hand, Moscow does not really want to see (much less get involved in) a major conflict between the US and Iran which—despite however much its ends up hurting the US—raises the possibility of gravely weakening the Iranian regime and reducing its ability to support the Assad regime in Syria (which Moscow does not want to have to undertake on its own). Further, Moscow does not want to damage the good relations it has built up with Washington’s anti-Iranian allies such as Israel, Saudi Arabia, and the UAE by increasing Russian military support for their arch enemy, Iran. This would threaten Putin’s two decade-long effort to cultivate good relations with them.

Thus, despite its condemnation of the US killing of Soleimani, Moscow can mainly be expected to urge both Washington and Tehran to act with restraint, and to do so itself. Moscow may also offer to mediate between Washington and Tehran. But in the event that Moscow does not make such an offer or the Trump administration does not accept it, Russia at the very least is likely to portray US actions against Iran as raising the prospect of a larger conflict that the US will be unable to prevent its allies from being negatively affected by. Thus, Moscow will argue, they should turn to Moscow for help in calming the situation since the Trump administration cannot or will not be able to do so. Indeed, even those US allies in the Middle East that are happy about the death of Soleimani might respond favorably to such a Russian initiative.

Russian reaction to this event, though, might not be limited to just the Middle East. Russian Foreign Ministry Spokeswoman Zakharova’s comments highlight her objection to the United States “killing of a representative of a government of a sovereign state, an official,” indicates that what Moscow may really fear is that the Trump administration intends to target more Iranian government officials. For Moscow, this raises the specter of how US actions in Libya helped lead to the downfall and death of Russia’s longtime ally, Muammar Qaddafi, and to chaos in Libya. One of the reasons why Putin was so supportive of Trump in 2016 is that he was critical of both Bush’s and Obama’s regime change efforts. But if Putin comes to believe that Trump is no different than them in supporting regime change—something that Putin finds especially threatening—then Putin may reassess whether Trump’s re-election is really in Moscow’s interests or not.

The US killing of Soleimani, then, is one more factor challenging the assumption about how just because Putin supported Trump’s 2016 campaign means that Moscow will also support his 2020 one. For, as an opinion piece in the Russian news service, RT, noted about the US killing of Soleimani, “Trump is not only menacing the Islamic Republic, he is poking the Russian bear in the chest, back and face too.” Trump’s refusal to accept Putin’s repeated offers to renew the New Strategy Arms Reduction Treaty (START)—limiting US and Russian strategic nuclear forces which expires in February 2021—is another reason why Putin may wish to see Trump replaced.

Of course, just as it is not clear that Russian support for Trump decided the US presidential election results in 2016, a decision by Putin not to support Trump this time may not affect the 2020 election results either. The Soleimani episode, though, is one more instance which may lead Putin to conclude that a Russia-wary, but cautious Democrat in the White House is more in Moscow’s interest than the outwardly Russia-friendly Trump whose actions raise what Putin considers to be unnecessary problems for Moscow.

Mark N. Katz, a professor of government and politics at the George Mason University Schar School of Policy and Government, is a nonresident senior fellow at the Atlantic Council.

There is no doubt that Qasem Soleimani was a ruthless leader, however, his death does not eliminate the threat of terrorism and could lead to a spiral of actions and reactions.