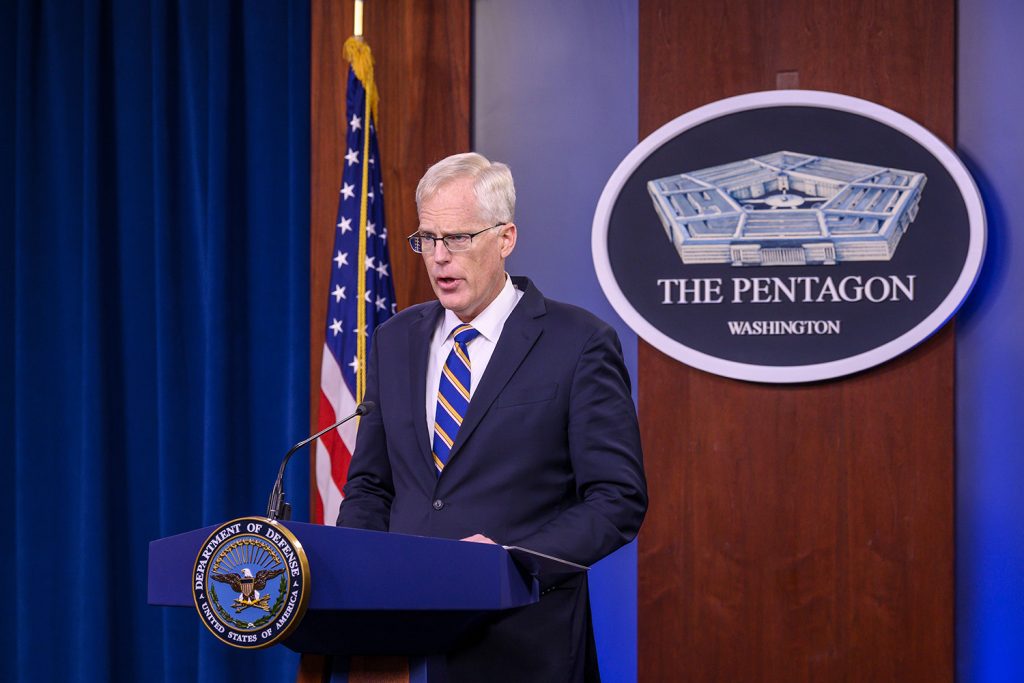 The Trump administration appears intent on maximizing the damage it can do to US national security on its way out the door. By getting rid of competent security experts, preventing normal transition planning, spreading disinformation from the Oval Office, ordering precipitous withdrawals from key counterterrorism missions, and threating to start a war with Iran, the administration will certainly leave a large number of messes for President-elect Joe Biden to clean up.

But just because the Trump administration does something, doesn’t automatically mean it’s wrong. Indeed, on November 18 acting Secretary of Defense Chris Miller made a decision that the Biden team should consider maintaining when they take office.

Miller, a veteran special operator and a longtime denizen of the Pentagon’s counterterrorism bureaucracy, just elevated the assistant secretary of defense for special operations and low-intensity conflict to report directly to the secretary of defense. I suspect most people will yawn and say that only the military can get excited by a change in an organization chart. Others will focus on the entrenchment of recently promoted Trump loyalists. But the underlying issue is one of the most important for any country: how to best secure civilian control over the military.

Americans correctly decided long ago to insist on civilian supremacy. That not only means that the president gets to decide how and when the military is employed, but that civilians ultimately get to decide how the military is built. This civilian role is both central to the long-term health of our armed forces and a prerequisite for a functioning liberal democracy.

This is especially true when it comes to special operations forces, which given the nature of their capabilities and missions often operate without attracting public attention. Effective civilian oversight and control of special operations is particularly important now given their continuing counterterrorism responsibilities and their expanding roles in the context of great power competition. And it will be even more important in the future as we enter into a period of increasingly constrained military budgets that will require difficult strategic tradeoffs in the building and equipping of the force.

Unfortunately, special operations have only rarely received the required degree of civilian oversight. Thirty years ago, the Congress came together to fix longstanding problems in special operations by creating a new military combatant command with service-like responsibilities, the US Special Operations Command (USSOCOM), and a new Senate-confirmed civilian with service secretary-like responsibilities, the assistant secretary for special operations and low-intensity conflict (ASD/SOLIC). But while the former organization has been successful, the latter role has largely been a failure, at least in this part of its job. The reasons are numerous—sometimes personal, increasingly structural, and always institutional—but the bottom line is that this office has not been able to perform this mission effectively across many administrations.

Following years of frustration, Congress acted in 2017 to try to fix this problem. In section 922 of that year’s National Defense Authorization Act, the assistant secretary’s role as the service secretary for USSOCOM was expanded and further institutionalized. But the Trump administration proved to be slow in its implementation, as the General Accountability Office concluded.

By moving SOLIC to report directly to the secretary of defense, it will be able to perform these duties on par with the other service secretaries. Previous secretaries of defense routinely met with their service secretaries and service chiefs, but while USSOCOM commander was at the table, the ASD/SOLIC wasn’t invited in the room. No clearer signal could be sent to those in uniform who might be tempted to circumvent civilian authority.

At the same time, the devil is always in the details for these kinds of organizational changes. As of this writing the Trump administration has not made public the directive signed by the acting secretary. I hope in elevating SOLIC the Trump administration has sought to head off easily anticipatable bureaucratic infighting with other senior civilian officials. In addition to its service secretary-like responsibilities, SOLIC will need to continue to play important roles in both policymaking and intelligence operations and oversight. There has already been too much unhealthy competition between the undersecretaries of policy and intelligence. To prevent a newly elevated SOLIC from compounding these problems, I hope the incoming Biden administration will require it to pass its policy-related recommendations to the secretary of defense through the undersecretary for policy and its intelligence-related recommendations through the undersecretary for intelligence.

There is a lot to worry about regarding what the Trump administration is doing in its last days. But this organizational change will hopefully, at long last, give US special operations the civilian oversight that it needs to perform its missions—and that our democracy requires.