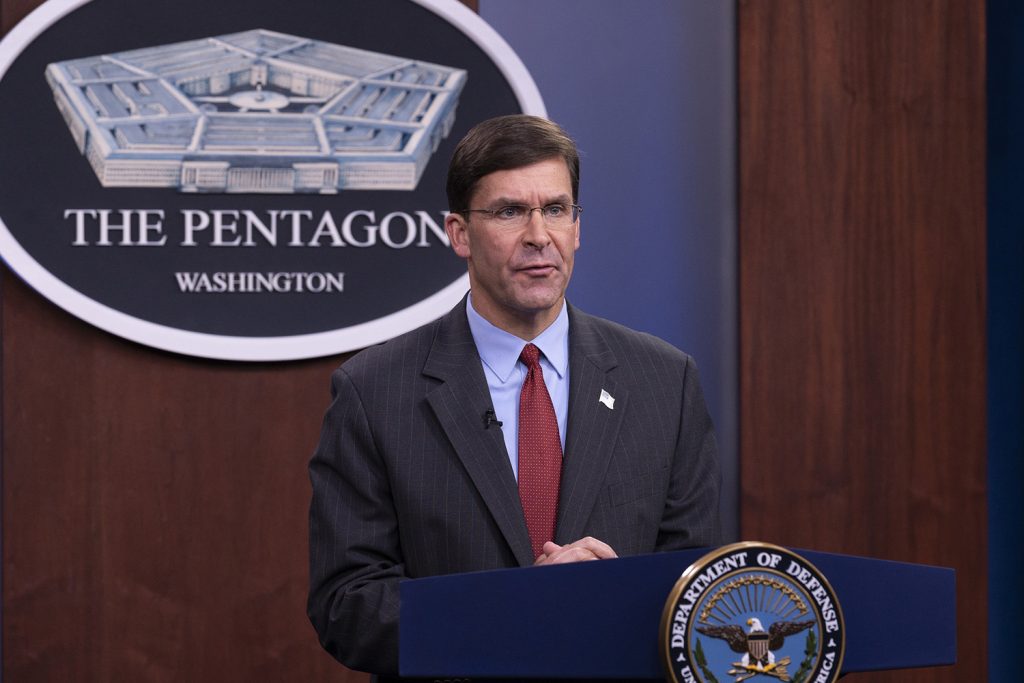 Recognizing this critical advantage, the Department of Defense has launched two new initiatives: new “Guidance for Development of Alliances and Partnerships” (GDAP) and an effort to modernize the defense trade. As Esper explained, the United States cannot “take our long-standing network of relationships for granted,” and these new programs will help maintain an “asymmetric advantage” over Russia and China.

Here’s a quick look at what Esper said about the importance of allies in great-power competition, the new initiatives to strengthen US partnerships, and how the United States and its allies can push back against the threats from Beijing and Moscow:

GDAP: A roadmap for bolstering partnerships

By John Wharton and Tate Nurkin

The United States cannot let efforts to achieve technological superiority outpace the cultivation of an industrial base available to exploit this advantage.

Image: The Secretary of Defense, Mark T. Esper, during a press conference in Washington, United States on September 8, 2020. (via REUTERS)