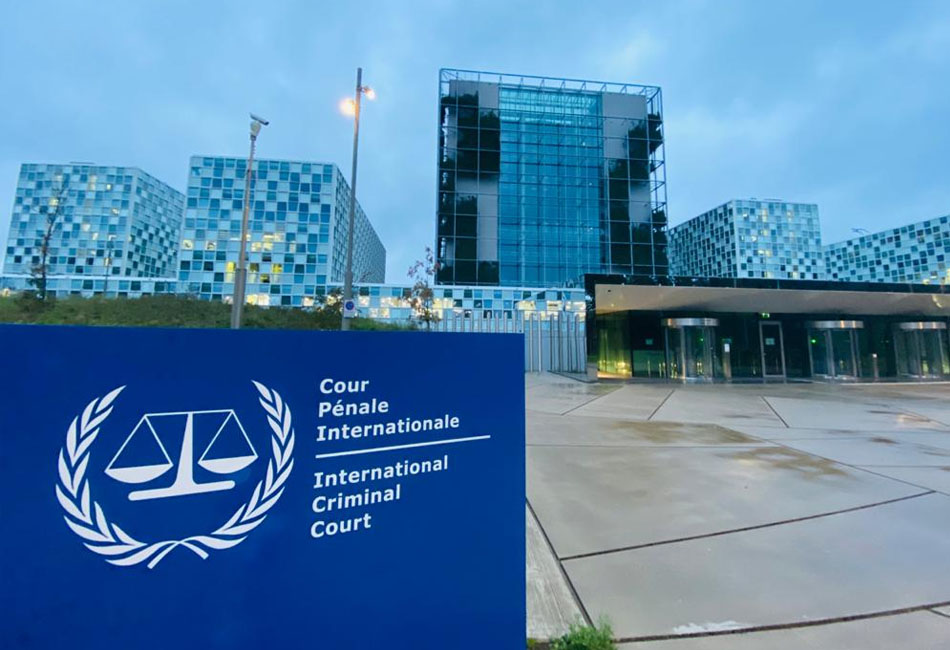 On December 11, 2020, the Prosecutor of the International Criminal Court announced the conclusion of a preliminary examination into events in Ukraine since 2014. The Office of the ICC Prosecutor concluded that “there is reasonable basis to believe a broad range of conduct constituting war crimes and crimes against humanity within the jurisdiction of the Court have been committed in the context of the situation in Ukraine.”

Before launching a full investigation, the Prosecutor needs to seek authorization from the Pre-Trial Chamber at the ICC. This is necessary when a preliminary examination is initiated based on a declaration by a state that has not ratified the Rome Statute, such as Ukraine.

It will take at least several months for the Pre-Trial Chamber to consider the Prosecutor’s request and make a decision. For example, the request to investigate alleged crimes committed against the Rohingya people from Myanmar was authorized four months after its submission. In the Afghanistan situation, the Pre-Trial Chamber took 16 months to consider the Prosecutor’s request for an investigation, only to then reject it. A year later, the Appeals Chamber finally granted the request.

If the Pre-Trial Chamber concludes that there is a reasonable basis to proceed with an investigation, and the case appears to fall within the jurisdiction of the Court, it will send this decision to the Prosecutor as well as to any victims who made representations to the Chamber. This is the most likely outcome in the present circumstances. There seem to be no obvious factual or legal reasons why this will not occur in the case of Ukraine.

In any event, if the Pre-Trial Chamber decides that the Prosecutor has not made the case for a full investigation, the Prosecutor will be able to make further submissions to the Chamber based on any new evidence or information that she later finds. In other words, in the unlikely event that the Chamber disagrees with the Prosecutor, she can and likely will try again.

Ukraine is generally under obligation to allow such requests. Even though the Prosecutor must request permission, this is largely pro forma, as Ukraine is obliged to “cooperate with the Court without any delay or exception in accordance with Part 9 [of the Rome Statute.”  If the ICC Prosecutor seeks to take certain investigative steps within Ukraine without its cooperation, the Prosecutor must apply to the Pre-Trial Chamber for permission.

The Statute places a duty on the Prosecutor to investigate every aspect of the crime, including all facts and evidence pertaining to it, in order to assess whether there is any criminal responsibility that falls under the jurisdiction of the Statute. Further, the Statute makes it clear that the purpose of the Prosecutor’s investigation is to establish truth rather than to prove guilt. As such, the provisions of the Statute make clear that the Prosecutor must investigate not only incriminating evidence and information, but also pieces of evidence and information that would potentially exonerate the accused, in order to paint a full picture of the events in question.

With regard to the situation in Ukraine, the Prosecutor has already made clear that her investigation, if authorized, will concern all parties to the conflict. This is because “the competent authorities in Ukraine and the Russian Federation are either inactive in relation to the categories of persons and conduct that the Office has identified, or because the national judicial system is “unavailable” in territory under the control of the opposing party, rendering the competent authorities unable genuinely to obtain the accused or the necessary evidence and testimony or otherwise to carry out their proceedings.”

This is unsurprising. Since 2014, the government of Ukraine has taken steps to prosecute offences committed in Crimea and Donbas as ordinary crimes, and even as international crimes. However, the number of prosecuted cases remains small and ultimately inadequate compared to the recorded number of grave human rights and International Humanitarian Law (IHL) violations.

The recent rise in numbers of opened investigations under Article 438 of the Criminal Code of Ukraine suggests a positive change in prosecutorial approach to conflict-related cases and the government of Ukraine’s willingness to comply with its international obligations to prosecute serious violations of international law. The establishment in October 2019 of a department of supervision of criminal proceedings concerning crimes committed during the armed conflict within the Office of the Prosecutor General is very likely to have a positive impact on the investigation and prosecution of IHL violations as war crimes.

However, currently positive developments mostly occur in relation to investigations into separatist or Russian conduct. At the same time, Ukraine appears unwilling to investigate conflict-related cimes allegedly committed by its own side, whether the Ukrainian Armed Forces, former volunteer battalions, or the SBU, for fear of reprisals or of causing reputational damage to the affected entities.

However, it should be noted that failure to investigate allegations against Ukrainian forces of arbitrary arrest, incommunicado detention, torture, and ill-treatment of civilians and alleged combatants will not shield anyone from criminal responsibility. If anything, it will lead to lengthier sentences because the ICC allows for up to 30 years or life imprisonment for war crimes and crimes against humanity, whereas the Criminal Code of Ukraine sets a limit of 12 years for war crimes not connected with murder.

The length of investigations at the ICC varies depending on the complexity of the case. It typically takes years before suspects are identified, arrested, and appear before the Court. For example, an investigation into the Central African Republic was launched in 2007. A warrant of arrest for the key suspect, Jean-Pierre Bemba Gombo, was issued in 2008. Charges were confirmed in 2009 and the trial started in 2010 (Bemba was eventually acquitted). The investigation into the case of Georgia started in 2015. It is ongoing with no suspects identified. The Georgian example is indicative insofar as in the case of Ukraine, the ICC investigators are similarly unlikely to have access either to the territory outside of governmental control or to suspects that belong to the anti-governmental side to the conflict.

ICC proceedings are moving forward alongside proceedings at the other international courts including the International Court of Justice, European Court of Human Rights, and Permanent Court of Arbitration. As these parallel proceedings take place, Ukraine and its allies should contribute to and support each other’s efforts to establish the truth about the conflict and related violations of international law. This stems from Ukraine’s obligation to investigate IHL violations, including war crimes committed by its nationals or armed forces or on its territory and, if appropriate, prosecute the suspects as prescribed by the Geneva Conventions and customary IHL.

One such contribution is GRC’s ongoing project “International Law and Defining Russia’s Involvement in Crimea and Donbas,” which considers fundamental international humanitarian law questions concerning Russia’s control over Crimea and their support for the non-state armed groups operating in Donbas. For example, has Russia’s support for such groups turned into a de facto occupation?

The answers to such questions will help Ukraine to meet its international obligations to investigate and prosecute serious violations of IHL. It will also allow the country to enact a fair and comprehensive transitional justice plan that accurately determines truth and meets the multiple challenges of durable peace, reconciliation, respect for the rule of law, and redress for harm done. The report produced at the end of the project may be submitted to international and national judicial bodies, including the ICC, and used as an advocacy tool internationally for the continuation of sanctions against the Russian Federation and to protect the human rights of those living under any occupation.