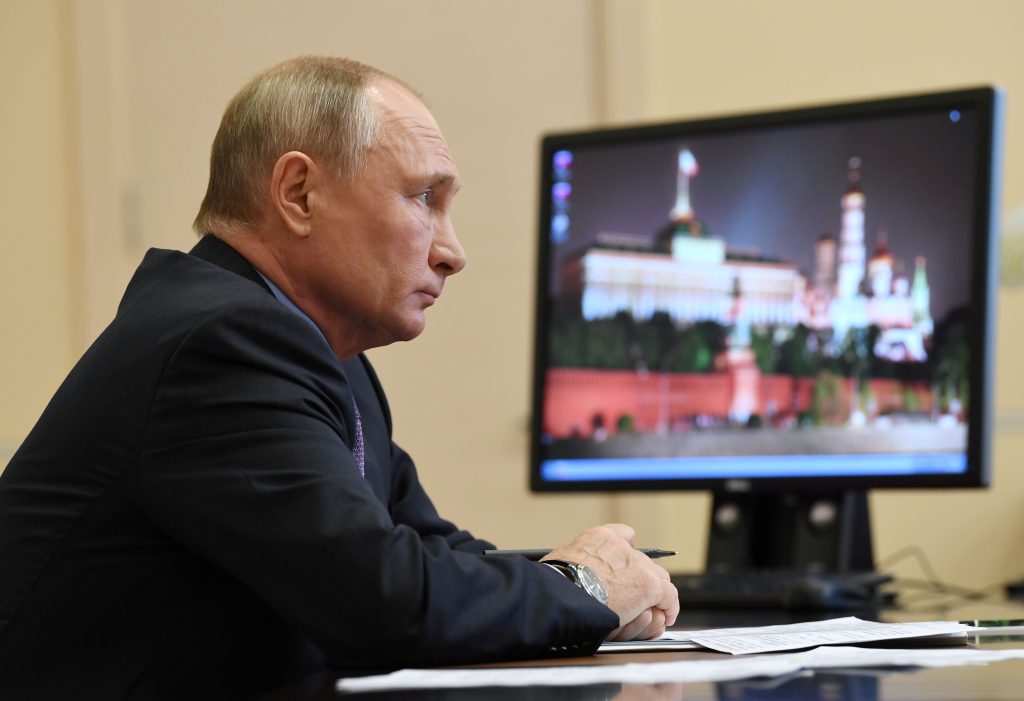 Three decades since the collapse of the Soviet Union, the process is still far from over. Officially, of course, the USSR ceased to exist in 1991. In reality, Moscow has never come to terms with the loss of empire and has spent the past thirty years fighting to reverse the verdict of history. This struggle between Russian revanchism and the nation-building efforts of the former Soviet republics has shaped the political landscape of the post-Soviet world for a generation, but there are signs that the tide may now be turning decisively against the Kremlin.

2020 proved disastrous for Vladimir Putin and his dreams of informal empire. It was supposed to be a year of triumphant posturing dominated by events marking the seventy-fifth anniversary of the Soviet victory over Nazi Germany. Instead, Putin spent much of his time hidden away from the public as Russia struggled with one of the world’s most severe coronavirus outbreaks. There was also little to cheer in the wider neighborhood as Russian interests in the post-Soviet space experienced a series of setbacks.

In Central Asia, unrest in Kyrgyzstan led to the collapse of a pro-Russian government. This sparked fears of a further decline in Kremlin influence in a region where Moscow already finds itself competing against the growing presence of China.

In Moldova, the pro-Russian incumbent was handily defeated by a pro-Western candidate in the country’s presidential election. Moldova’s new president-elect Maia Sandu is exactly the kind of politician Moscow fears. An English-speaking, Harvard-educated economist, she seeks to pursue membership of the European Union and has called on Russia to withdraw its occupation forces from the Kremlin-backed breakaway Moldovan region of Transnistria.

The most stunning blow to Russian interests came in the South Caucasus region, where Turkish backing allowed Azerbaijan to wage a victorious six-week war against Kremlin ally Armenia. Putin was eventually able to broker a peace agreement which allowed Russia to deploy a peacekeeping mission in the war zone, but this face-saving gesture could not disguise the fact that Moscow had been forced to accept the presence of a rival power in a region where Russia had previously reigned supreme for over a century. Turkey’s involvement in the Azerbaijani-Armenian War was a watershed moment in post-Soviet history that transformed the balance of power in the South Caucasus and shattered illusions regarding Russia’s ability to dictate military outcomes within the boundaries of the former USSR.

If events in Azerbaijan came as a shock to Russia, developments in neighboring Belarus struck even closer to home. The protest movement that has emerged over the past four months following Belarus’s flawed August 9 presidential election may not be overtly geopolitical in nature, but the pro-democracy demands of the protesters are nevertheless anathema to Moscow, which remains haunted by the Soviet collapse and views people power movements as a direct threat to the Kremlin’s own authoritarian model.

Opposition leaders in Belarus have bent over backwards in their attempts to convince Russia it has nothing to fear, but there is little doubt in Moscow that a democratic Belarus would inevitably turn towards the West if not physically prevented from doing so. Putin has therefore reluctantly intervened to prop up Belarus dictator Alyaksandr Lukashenka, providing financial lifelines and teams of advisers while also publicly promising to deploy Russian security forces if necessary.

There is a sense of sad inevitability surrounding Putin’s support for Lukashenka. Kremlin policymakers appreciate that by backing the deeply unpopular and increasingly violent Lukashenka regime in Minsk, they are turning millions of previously sympathetic Belarusians against Russia. However, in the civilizational contest for hearts and minds that is playing out across the post-Soviet world, Moscow simply has no answer to the infinitely more appealing prospect of European-style democracy. This leaves the Kremlin with few viable options other than the use of force.

Russia’s inability to sell itself as an attractive alternative to the West has been most immediately apparent in Ukraine. During the 2013 debate over Ukraine’s proposed EU Association Agreement, Moscow made almost no attempt to promote the relative advantages of closer ties with Russia. Instead, the Kremlin embarked on a unilateral trade war and blustered about dire consequences, while at the same time backing an inept anti-EU campaign that included playground homophobia and scaremongering over same-sex unions. As Ukrainians prepared to make the most meaningful geopolitical decision of the entire post-Soviet era, Russia had nothing to offer except anti-Western nonsense and thinly veiled threats.

The poverty of Russia’s present position is no secret to Putin. Unable to offer a coherent vision for the future, he has responded by fighting over the past. However, while rose-tinted Soviet nostalgia and WWII mythology play well inside Russia itself, they are no match for the everyday aspirations found elsewhere in the USSR among populations where relatively few share modern Russia’s sense of wounded imperial pride.

The foreign policy defeats that have beset Moscow over the past year fit into a far broader pattern of Russian retreat dating back to 1991. Landmarks along the way include EU and NATO membership for the Baltic nations, and Ukraine’s two post-Soviet revolutions. The recent Azerbaijani-Armenian War and Belarus’s ongoing national awakening may also deserve places on the list.

This retreat will continue until Moscow learns to shed its imperial outlook towards the post-Soviet world. Russia’s reliance on force has succeeded in establishing pro-Kremlin enclaves in Ukraine, Georgia, and Moldova, but it has also alienated tens of millions of post-Soviet citizens who represent Moscow’s natural allies. Continuing to pursue such counterproductive policies would be the height of folly. Instead, Russia must ditch coercion in favor of persuasion. Building mutually beneficial partnerships is not something that comes naturally to the Kremlin, but it is a skill Russian policymakers must learn if they are avoid many more years like 2020.

Image: Russian President Vladimir Putin has spent much of 2020 in isolation at his Novo-Ogaryovo residence outside Moscow. (Sputnik/Alexei Nikolsky/Kremlin via REUTERS)