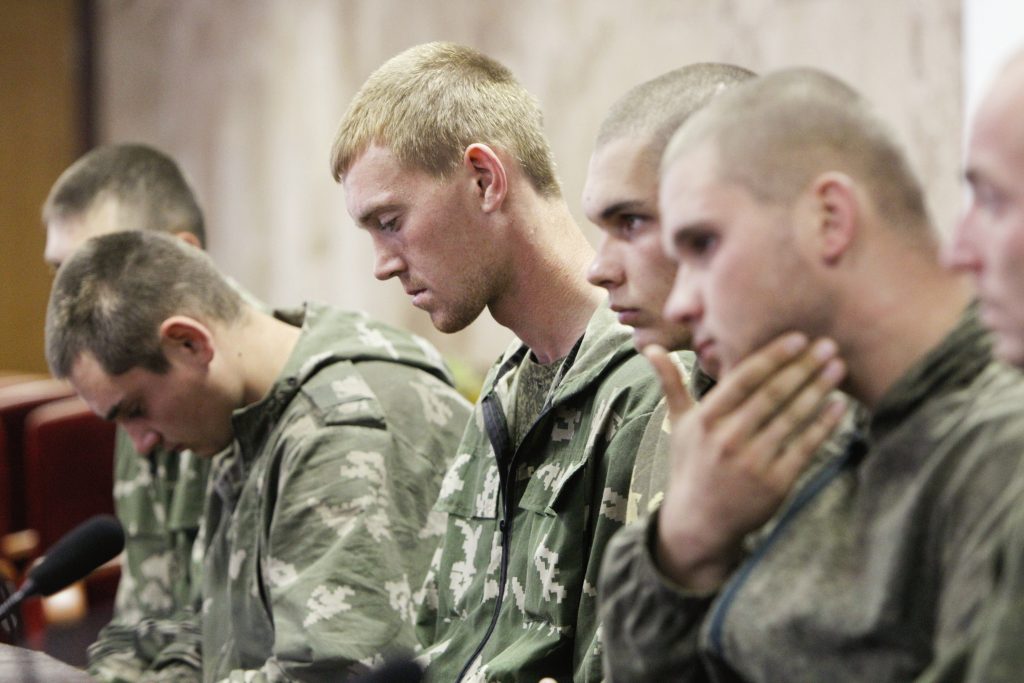 In 2014, Russia tried to bring Ukraine to its knees. Moscow’s confidence was rooted in the old adage that victors are not judged. However, things did not go according to plan. Ukraine resisted and survived.

Russia’s failed blitzkrieg is now slowly becoming the Kremlin’s worst nightmare. On December 11, the Office of the Prosecutor of the International Criminal Court in The Hague made an historic announcement. Prosecutors confirmed that they had found sufficient grounds to begin an official investigation into war crimes and crimes against humanity committed in Crimea and the Donbas since 2014. Victors may not be subject to judgement, but failed aggressors most certainly are.

To understand the importance of this ICC decision, we should look back to the early days of the conflict. When Russian President Vladimir Putin first took the decision to launch military aggression against Ukraine in early 2014, he must have been convinced it was going to be an easy ride. Ukraine had just gone through an exhausting revolution. Its army was in tatters. The country was penniless and in chaos.

The opportunistic Russian leadership acted swiftly, occupying Ukraine’s Crimean peninsula and igniting a war in the Donbas region of eastern Ukraine. At first, everything appeared to be going according to the Kremlin plan. It looked as though a “small victorious war” would soon end in Russia’s favor. Then something went wrong. Against all expectations, Ukraine fought back and managed to halt the Russian advance.

It was not only the Ukrainian army but also the people of Ukraine who resisted the Russian invasion in spring 2014. Tens of thousands of volunteer fighters took up arms to defend their country. Hundreds of thousands of civilian volunteers provided everything they needed, including even the most basic of military equipment. Together, they achieved the improbable feat of bringing Russia’s invasion to a standstill.

Today, the frontline remains much as it was in September 2014. Crimea and parts of the Donbas are still under Russian occupation. But were Crimea and the Donbas really the Kremlin’s primary war aims? Of course not. Moscow wanted to keep the entire country of Ukraine within its exclusive sphere of influence. In this regard, the war has been a clear failure.

Despite over six years of conflict, Ukraine has not changed the geopolitical course its people chose in 2014. Instead, the country continues to pursue policies of EU and NATO integration, with the ultimate goal of membership in both organizations.

Nor has Ukraine collapsed economically. Despite losing approximately 20% of GDP and 25% of the country’s industrial capacity due to Russian aggression, Ukraine has avoided any defaults and actually posted several consecutive years of economic growth prior to the coronavirus pandemic. Ukraine’s main trading partners are now the EU and China, with formerly dominant partner Russia reduced to fourth position behind China, Germany and Poland.

The toxic nature of Russia’s anti-Ukrainian propaganda is a further indication that Putin was not expecting a protracted conflict. Fake atrocity stories such as the notorious “crucified boy of Slovyansk” report broadcast by Russian TV in summer 2014 are high-impact propaganda tools but they come with a very short lifespan.

In reality, the entire Kremlin narrative of “Ukrainian nationalists” fighting a “civil war” against “Russian-speakers” in eastern Ukraine was only ever likely to be effective as a short-term smokescreen. No serious observers believe that a small region of Ukraine could be capable of fighting alone against the rest of the country for almost seven years without ever exhausting its supplies of ammunition, tanks, and military personnel. The only country still making such absurd claims is Russia itself.

While Putin’s war has relied on short-term tactics, Ukraine’s response has been methodical and results-oriented, with the long-term objective of bringing Russia to justice. This approach is now beginning to bear fruit.

The Ukrainian authorities and the country’s civil society have demonstrated impressive synergy in cooperating with the Office of the ICC Prosecutor. They jointly documented and submitted to The Hague ample evidence of crimes committed by the aggressor in occupied Crimea and in the Donetsk and Luhansk regions of eastern Ukraine. This evidence was no doubt instrumental in last week’s ICC decision.

While Ukraine is fully committed to playing its role in the fight against impunity, the majority of those responsible for war crimes and crimes against humanity in Ukraine are located abroad, mostly in the aggressor state. The deplorable but unsurprising lack of cooperation from the Russian Federation in prosecuting these crimes must not prevent the international community from demanding justice. Indeed, the ICC was created for exactly this kind of situation. Ukraine counts on the support of all states in its quest for justice.

The ICC move to launch an investigation is tremendously important for two key reasons.

Firstly, it shows that while international justice moves slowly, it is nevertheless inevitable. Take the example of the former Yugoslavia. It took decades to happen, but the perpetrators of war crimes in the Balkan wars of the 1990s did finally end up on trial. Justice will likewise prevail for crimes committed in the context of Russia’s armed aggression against Ukraine, and the perpetrators will face international prosecution.

Secondly, it demonstrates the price of Russian aggression against Ukraine, not only for the Kremlin leadership, but also for all their representatives and proxies.

As the ICC Prosecutor prepares to request a formal investigation, war crimes and crimes against humanity are still being committed in occupied Crimea and eastern Ukraine. As the occupying power, Russia continues to ignore its obligations. The annual reports of the ICC Prosecutor state loud and clear that this is the only correct legal interpretation of the situation. The ICC Prosecutor has also established evidence of direct attacks by Russia’s regular army against Ukraine in 2014, and continues to gather evidence of control exercised by the Russian Federation over the armed groups in Donetsk and Luhansk regions.

The completion of the ICC’s preliminary examination serves as a reminder that national governments and international organisations should continue to call on the Russian Federation to observe international humanitarian law and cooperate fully with the ICC.

Since the ICC commenced its work in 2003, it has struggled to live up to the very high expectations vested in it. The ICC’s progress has so far been rather bumpy, but the prosecution of war crimes and crimes against humanity committed in the context of Russia’s war against Ukraine now gives the Court an opportunity to prove its vital importance to the cause of justice based on international law. The ICC must not miss this chance. Ukraine is fully committed to continuing its cooperation with the ICC in the fight against impunity.

Ukraine is convinced that no lasting peace is possible without holding to account those who are responsible for the gravest crimes. The international component of any post-war justice is vital to its success because the war in Ukraine is an act of aggression committed by the Russian Federation.

Six years ago, many in Moscow saw an opportunity for a “small victorious war” against Ukraine. Those who planned and launched this war expected to become heroes. Instead, they may receive the status of international war criminals. Rightly so.

Image: Russian servicemen pictured in Kyiv in August 2014 after being captured in eastern Ukraine. Despite overwhelming evidence, the Kremlin continues to deny waging war against Ukraine. However, Moscow now faces the prospect of an international war crimes investigation. (REUTERS/Valentyn Ogirenko)