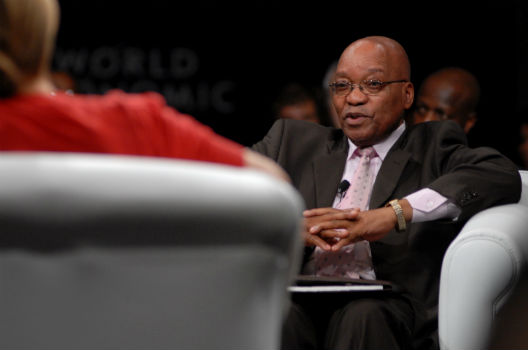 South Africa, commonly lauded as a beacon of democracy on the African continent, has finally caught the attention of the international community after its official decision to withdraw from the International Criminal Court (ICC). The press and human rights organizations are abuzz with the news – decrying the country’s betrayal to “millions of victims of human rights violations” and warning of the anticipated domino effect that could ensue if other African countries follow suit. The Gambia’s decision to withdraw from the ICC confirms worst fears about the knock on effect of South Africa’s recent move. But South Africa’s withdrawal from the embattled ICC is not a surprise, nor is it the foremost threat to the country’s rule of law. The withdrawal is indicative of concerning domestic trends at play which have been quietly chipping away at nation’s democratic foundation, receiving very little international attention. The decision is just one of President Jacob Zuma’s many attempts to use his executive power to suppress dissent. It also serves as a useful distraction from the ongoing scandals that continue to plague his desperate attempt to cling to his position as the ANC’s president.

The official announcement from South Africa’s justice minister came less than two weeks after Burundian law makers overwhelmingly voted to leave the ICC. However, unlike with Burundi –  whose withdrawal came shortly after the ICC’s commitment to investigate the allegations of extrajudicial killings in the country –  South Africa is not concerned about being prosecuted for war crimes.  Although this decision has been pending for over a year, the timing is no coincidence: on November 22, South Africa’s Constitutional Court is due to hear an appeal case concerning the government’s refusal to arrest indicted Sudanese president Omar Al Bashir when he attended a regional summit in Johannesburg last year.  The Constitutional Court has a respected reputation for upholding the rule of law, and is likely to agree with the prior judgements of two lower courts that the government has violated its international obligations. Given his precarious political position, President Zuma can’t afford another domestic embarrassment at that level; in March, the court found that Zuma failed to uphold the Constitution when he disregarded the public prosecutor’s recommendation that he should pay back the money spent on the non-security upgrades to his private mansion in Nkandla. This was a major victory for the office of the public prosecutor, which proved its potential to hold government to account. Withdrawing from the ICC will help to shield an increasingly brazen executive from its own domestic courts attempting to uphold international rule of law.

Withdrawal from the ICC also serves as a distraction from the unravelling political crisis in South Africa. The African National Congress (ANC) has been in power since the end of apartheid in 1994. The party’s liberation credentials and the nostalgia of Nelson Mandela’s leadership have enabled it to maintain its majority for the last twenty years. But the ANC’s grip on power was dealt a significant blow at the polls in August’s local elections when it lost control over three of the country’s largest municipalities. South Africa’s black middle class is exhibiting its discontent with the rampant inequality and high rates of unemployment in the country. Many believe they are not much better off since they were when apartheid ended, and are laying the blame squarely on the extractive culture exhibited by Zuma and his cronies in the political elite. Indeed, Zuma has been at the center of numerous corruption scandals, and currently has 783 charges pending against him. From his early corrupt dealings with Schabir Sheikh to the rape trial in which he was suspiciously acquitted in 2006, Zuma’s ascendency to the top job in the country did little to impede his illicit dealings. The president’s close relationship with the wealthy Gupta family has been the source of many high level scandals over the years. This year, deputy finance minister Mcebisi Jonas confirmed that a member of the Gupta family offered him the position of finance minister.

President Zuma’s poor leadership has resulted in economic chaos in the South Africa. In 2015, Zuma fired finance minister Nhlanhla Nene out of the blue, amid speculation that Nene’s commitment to reducing government spending was interfering with the presidency’s functioning. Following Nene’s dismissal, the rand plummeted and bond yields dropped to the lowest ever. After briefly appointing previously unknown Des Van Rooyen to the position for the total of four days, the executive re-installed Pravin Gordhan as Finance Minister just in time to stabilize the markets before the situation spiraled out of control. But Minister Gordhan has made it clear that he will not bend to the will of the presidency, and the National Prosecuting Authority (NPA) – which has been described as a ‘lap dog’ of the regime –  laid criminal charges against him.

When public prosecutor Thuli Madonsela was approached to investigate “state capture”, there is no doubt that the news had Zuma and his cronies shaking in their boots.  The report, which remains locked in the safe of the new public prosecutor Busisiwe Mkwebane after Zuma sought an injunction to block its release, will likely remain dormant long enough for the Guptas to legally prepare themselves for its outcome. The extent of “state capture” and party patronage in South Africa is yet unknown, but if the past ten years is anything to go by, the rot is far-reaching.

South Africa’s decision to leave the ICC is merely the tip of the iceberg of a deeply entrenched culture of impunity that is rampant in the ruling ANC. It is also indicative of a dangerous trend that is becoming increasingly common in South Africa – a bloated executive unduly exerting its authority over the judiciary and the legislature. In Burundi, the motion to leave the ICC was tabled in parliament for a vote before the decision was made. In South Africa, there was no public consultation and parliament – which is required to vote on ratifying all international treaties – had no opportunity to discuss this drastic move. Opposition parties, the Democratic Alliance (DA), the Economic Freedom Fighters (EFF), and the Inkatha Freedom Party (IFP) have responded to the decision with outrage, focused mainly on the procedural flaws with which the decision was made. While there is widespread concern among civil society actors over the implications of South Africa’s ICC withdrawal, the majority of responses are focused on the domestic implications and not the repercussions for the court or for international justice on the continent.

Perhaps one of the most telling things about South Africa’s withdrawal from the ICC is the explanation given in the official “instrument” submitted to the UN: that South Africa was “at times” unable to reconcile its “obligations to the peaceful resolution of conflicts” and its obligations to the ICC. As a country founded on a deep commitment to human rights with unparalleled struggle history against its former apartheid government, South Africa has the potential to play a strategic role in upholding democracy and rule of law on the continent. But to date, the country has failed to take advantage of its comparative advantage in this area, perhaps most notably in neighboring Zimbabwe. The truth is that President Zuma is well known for his desire to keep the “old boys club” of liberation struggle heroes-cum-dictators happy, and is more than willing to maintain certain regional relationships at the expense of international justice. Rising social discontent in South Africa combined with the waning popularity of the ANC make now as good a time as ever for President Zuma to raise a fist of solidarity to the African strong men lining up to leave the ICC.

Chloë McGrath is a Visiting Fellow at the Atlantic Council’s Africa Center. Follow her on twitter @malawicoffee