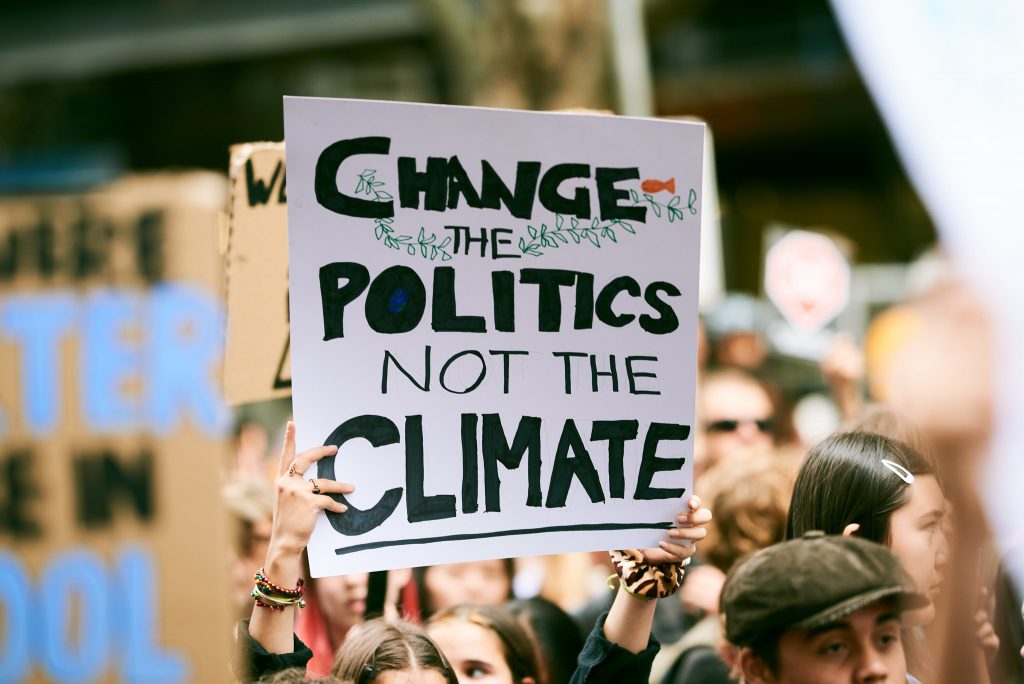 As governments, companies, and non-governmental organizations (NGOs) are meeting for the United Nations Climate Action Summit, which is expected to propel commitments and raise awareness for climate change, it is time to change the way we think and talk about how to address the climate crisis. As this week’s New York Times op-ed, “Do We Really Have Only 12 Years to Avoid Climate Disaster?” by Drs. Gernot Wagner and Constantine Samaras argues, the clock is ticking, with a hotter planet already impacting lives, as well as land and ocean ecosystems. Climate change is a creeping problem, not a sudden shock.

Framing the problem based on certain milestones such as time frames (twelve years), agreements (Paris Accords), thresholds (1.5C), and turning points (2C) conveys that it is an abrupt problem triggered in the future, if we do not meet these targets. Inevitably, fending off the worst-case climate scenario depends on how fast we take swift action in the near term.

To some, framing climate change in terms of milestones, thresholds, and tipping points might imply that there is still plenty of time to act, running the risk of people delaying action or conferring legitimacy on business as usual. However, at a time when emissions are at a record high, this notion is extremely risky. To others, the scale of the problem with a point of no return in sight makes it seem futile to commence or attempt solving, since all seems lost already.

Ideology, not science, reigns over climate policy, with policymakers picking favored technologies while intending to phase out others, such as nuclear power, a decision detrimental to reaching climate goals. Decision makers, regarding climate as a problem of the future, might also be inclined to procrastinate on politically problematic decisions to reduce greenhouse gasses (GHG) today, increasing the risk of a worst-case climate scenario.

This particularly includes further delaying policies that bolster innovation, and that also stifle our ability to develop, commercialize, and improve next generation clean energy technology. Some policymakers use threshold arguments about climate to delay the scale-up of existing technologies such as advanced nuclear, clean hydrogen, and carbon capture backed by comprehensive policy, arguing they are not needed in light of limited time to act. This complicates the net-zero emissions transition. Failing to scale up these advanced clean energy technologies limits our options to tackle climate change and pushes the task of delivering steep emissions reductions into the future. It also increases the uncertainty over whether the technologies we are relying on today, such as renewables and electrification, are able to deliver net-zero emissions on their own, amplifying climate risk. In addition, tackling the transport, energy, and industrial transitions with a limited portfolio of options is expected to lead to significantly higher mitigation costs. It would also require more radical behavioral shifts. A precautionary approach to addressing the climate crisis factoring in risk places a value on continuously creating and commercializing a diversity of options.

Framing climate change as a problem of the future and in terms of concepts using time and temperature is a result of the elusiveness of the issue at hand: After all, what does it even mean to mitigate dangerous climate change?

Indeed, we have attempted to conceptualize the global GHG problem in various ways in the past. For instance, the idea of a strong correlation between cumulative emissions and temperature increase has given rise to the carbon budget. As identified in a recent article in Nature, “the concept of a carbon budget has reframed mitigation from a flow problem (emissions in a given year) to a stock problem (total allowable CO2 emissions over a time period).” In fact, the stock of CO2 in the atmosphere will determine the extent of warming, but it is the flow of CO2 from flue stacks today that adds to the stock catalyzing future warming. To tackle our emissions problem, we need to eliminate the flow of CO2 and commercialize negative emissions technology to reduce the stock.

The path forward is therefore clear: no new unabated power plants and industrial facilities may be built, and everything else either needs to be retired, retrofitted with carbon capture and storage technologies, or switch to a non-emitting fuel such as hydrogen or nuclear power.

As choking the stream of CO2 immediately is largely seen as unrealistic, it is expected that we will have to address not only the flow of emissions from power plants, industrial facilities, and transportation, but also the stock of CO2 already in the atmosphere. This is underpinned by the Intergovernmental Panel on Climate Change (IPCC)’s four scenarios, which all imply that we will need to remove emissions from the atmosphere. Therefore, it is even more important not only to reduce emissions with urgency today, but also to create, invest in, and deploy decarbonization options with a long-term view, beyond just a decade. Concentrating on preferred options today might limit available solutions tomorrow, stifling our ability to comprehensively and continuously decarbonize.

Lee Beck is a Women Leaders in Energy fellow at the Atlantic Council’s Global Energy Center and is the senior advisor for advocacy and communications at the Global CCS Institute. You can follow her on Twitter @_Lee_Beck