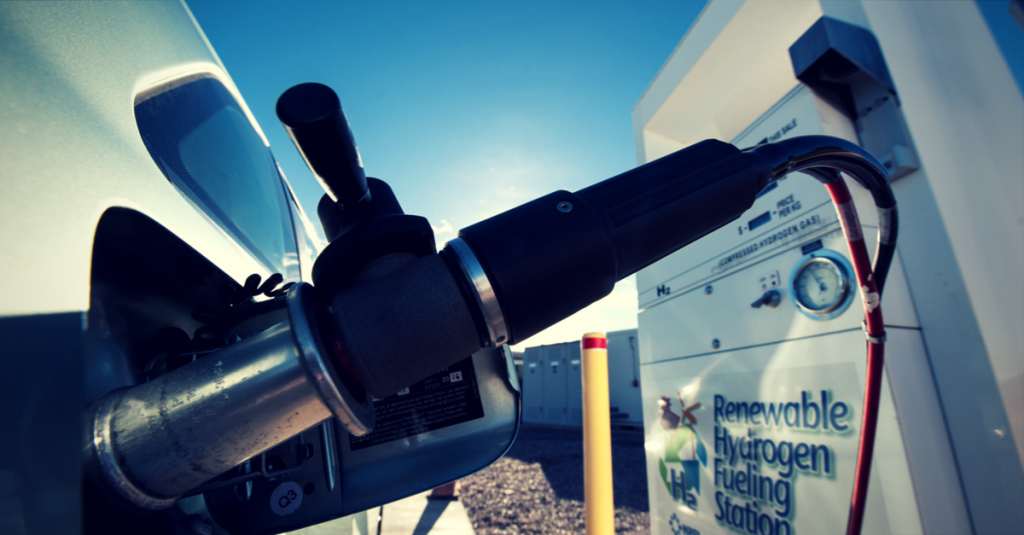 As the world grapples with climate change, sectors that have struggled with electrification are searching for new technological solutions to ensure a smooth transition and help them make progress toward goals outlined in the Paris Agreement. Hydrogen technology represents a promising, multifaceted pathway that could offer many industries a new strategy for navigating the transition to net zero emissions. However, the current cost of deployment seems to be the biggest obstacle for widespread adoption.

As a newer, low-carbon technology, hydrogen can be applied across multiple industries, including transportation and industrial processing, such as electricity and heating. For industries or countries that face decarbonization challenges, hydrogen can blend with natural gas to transition existing natural gas grids toward decarbonization. It can also be transported via pipelines in gaseous form, or by ship in a liquified state. One of the most attractive features of hydrogen technology as an energy carrier is its adaptability and versatility. Furthermore, existing infrastructure can produce, store, and transport energy in multiple ways, and hydrogen can be extracted from renewable and non-renewable resources. Hydrogen can also be converted to methane and electricity to power homes, or transformed into fuel for mobility. Hydrogen is one of the preferred options for storing excess energy produced from renewables—using water electrolysis technology, excess renewable electricity is used to split water into oxygen and hydrogen, which can then be stored in tanks. Hydrogen gas has the highest energy content of any fuel, as it has the capability to store substantial amounts of energy in a small amount of hydrogen. As a result, the technology is projected to be a low-cost option for energy storage over extended periods of time, making renewables a more attractive energy source for widespread adoption.

Producing electricity in a fuel cell increases efficiency due to its controlled environment, allowing hydrogen to burn slowly and generate less waste. There are three forms that hydrogen can take: grey, blue, and green. Grey hydrogen, currently the cheapest form available, predominantly comes from natural gas. Blue hydrogen, a cleaner version, captures, stores, and reuses carbon emissions released, but still uses natural gas. Green hydrogen, which is the cleanest, is produced from renewable energy sources. There has also been significant interest in using nuclear power plants as a heat source, making hydrogen production more economical. According to the International Atomic Energy Agency’s Dr. Ibrahim Khamis, using nuclear energy to produce hydrogen could significantly reduce the use of coal in generating electricity and reliance on oil to fuel motor vehicles.

Hydrogen production has experienced significant growth over the years and is projected to have a greater presence in various industries, including the power sector and transportation, as costs continue to decline and infrastructure is further developed. Analysis conducted by McKinsey & Co. suggested annual hydrogen demand could increase tenfold by 2050, an idea supported by studies conducted by the Energy Transition Commission (ETC). The ETC also forecasts the hydrogen production market could reach a range of 425-650 million tons per year. Since 2005, global hydrogen production has increased from 40 million tons to approximately 60 million tons today, with a projected market value increase from $103 billion in 2017 to around $207 billion in 2026.Despite hydrogen’s potential role in the energy transition, there are technical challenges that impede its widespread integration into various sectors, including storage, delivery, end-use application, and, most importantly, the cost of hydrogen production. Cost drivers for green hydrogen are mainly costs associated with renewable energy sources used in the electrolysis process, and the cost of electrolysis itself. Electrolysis is the production of electricity through the process of separating molecules that make up water (hydrogen and oxygen) by passing an electric current through it.

Grey hydrogen is priced at around €1.50 per kilogram, which is driven by the price of natural gas. The cost of blue hydrogen is influenced not only by the price of natural gas but also by the cost to capture and reuse or store carbon emissions, which is currently €50–70 per ton of carbon dioxide; the price gap between blue and grey hydrogen is expected to decrease with increasing carbon emissions. Hydrogen is one of the more expensive options on the market, but as the technology develops, there are hopes that prices will come down, making it a more affordable and competitive option. Hydrogen is also likely to be a more feasible option if a price is placed on carbon, making carbon intensive energy production more expensive. Green hydrogen currently costs €3.5–5 per kilogram but the rapidly declining cost of renewables, and by extension the cost of the electricity generated, could decrease the cost of green hydrogen faster than expected. According to estimates presented by McKinsey & Co., as capacity increases and the technology is scaled up, the cost of equipment should drop by between 9 and 13 percent, although production costs are still going to remain around $1/kg, which is equivalent to $45 oil, in the long term, not including distribution costs.

While hydrogen technology has a lot of potential, it still faces significant obstacles in terms of cost and, by extension, scalability. A follow-on piece will discuss the application of hydrogen technology in various industries and its capacity to abate carbon emissions.

Mitali Mirle is an intern with the Atlantic Council Global Energy Center.