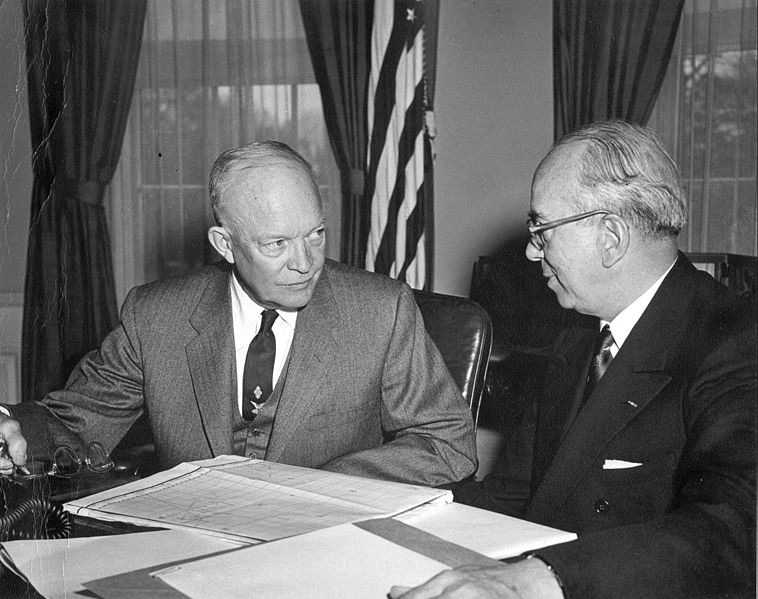 Despite decades of safe operation at over 100 power stations generating carbon free electricity, nuclear power remains a controversial topic in the United States. Nuclear opponents often remind the public that proponents once promised that electricity from nuclear power would be “too cheap to meter,” a promise that has so far gone unfulfilled. However, a closer look at this claim and ultimate reality is warranted.

The phrase “too cheap to meter” was used in a 1954 speech by the then-Chairman of the Atomic Energy Commission, Lewis L. Strauss. The occasion for the speech was the 20th anniversary of the National Association of Science Writers, held in New York City on September 16, 1954. When Strauss spoke, no commercial nuclear power plant was in service. The first commercial nuclear power plant, the Duquesne Light Company’s Shippingport Atomic Power Station in Pennsylvania, would be completed three years later, and send its first power to the electric distribution grid on December 18, 1957.

A quick read of the full text of Chairman Strauss’ speech will show a thoughtful Strauss mulling more than just nuclear power, touching on the role of science, scientists, and science writing in advancing technology for the benefit of humanity.

“Our children will enjoy in their homes electrical energy too cheap to meter…Transmutation of the elements, unlimited power, ability to investigate the working of living cells by tracer atoms, the secret of photosynthesis about to be uncovered, these and a host of other results, all in about fifteen short years. It is not too much to expect that our children will know of great periodic famines in the world only as matters of history, will travel effortlessly over the seas and under the and through the air with a minimum of danger and at great speeds, and will experience a life span far longer than ours, as disease yields and man comes to understand what causes him to age.”

Despite the naysayers, much of what Strauss forecasted in 1954 is true in 2018. Famines as known in 1954 have passed, the world travels faster and farther, and health is generally better. The last decade saw 700 million people enter the middle class.

When it comes to Strauss’ claim about nuclear power being “too cheap to meter,” there was initially controversy over whether Strauss was talking about the future of nuclear power from “fission,” the source of power from commercial power plants under construction at the time, or the lessor known nuclear “fusion,” a top-secret government research program which Strauss could not publicly reference when giving his speech. However, in an interview with the New York Times just a day after the speech, Strauss again used the phrase explicitly when talking about the upcoming generation of fission reactors.

It is generally assumed that Strauss’ forecast was wrong and that nuclear power has never become “too cheap to meter.” But looking at it from another perspective, it can be argued that he may have been more right than wrong. The more important point to consider is that Strauss did not say that electricity from nuclear power plants would be “free!”—his assertion was only that “metering” would not be necessary.

Consider for a moment that at that time in 1954, Lewis Strauss, a New Yorker, would have known that retail water service was not metered in New York. The water utility in New York took the position that water was “free” and it was unnecessary to add expensive meters when all the system costs could be covered by a flat annual or quarterly charge.

Of course, this was also true in the early history of electric service: experts observed in 1917 that “meter investment remains so large and the annual cost of maintenance, reading, bookkeeping etc., commonly aggregates so much in excess…that the unit cost of service to small consumers is prohibitive.”

Perhaps Strauss had that precedent in mind when he predicted the future of nuclear electricity. He may have reasoned that, compared to the fixed costs incurred at a nuclear power plant, nuclear fuel would become almost free. The bulk of costs at a nuclear power plant are “fixed” in regulatory parlance—costs do not vary with changes in electric production. The consumption of nuclear fuel may not even be directly related to output.

Assume for a moment that nuclear fuel and variable operating costs were in the range of 4-5 percent of the total cost of nuclear power production in 1957. Assuming that for a vertically integrated electric utility, the prevalent structure at that time, the cost of electricity generation is about 40 percent of a final consumer’s bill. That would put the fuel costs (in a hypothetical all nuclear power system) at 1.6 to 2 percent of a final retail bill. If the cost of electric “metering” is also in the range of 2 percent of total costs, then one might say that nuclear power could have been considered “too cheap to meter,” just like the New Yorker’s water bill.

Therefore, Strauss could have been right, and maybe history should give this farsighted regulator a little credit for looking to the future with optimism. This revisionist view of history is certainly not an argument against metering electricity and basing rates on service taken from the system, but rather an argument to consider his comments in a new light.

Even, today utility rate designers and regulators remain embroiled in debates over retail electric rate design and how much, if any, of the variable costs should go into a fixed monthly charge and how much into variable rates based on consumption. The future of solar and wind power, with no fuel and low variable costs, may also be considered “too cheap to meter.” Who will step forward and make that claim?

Branko Terzic is a senior fellow at the Atlantic Council Global Energy Center. You can follow him on Twitter @BrankoDuTerzic