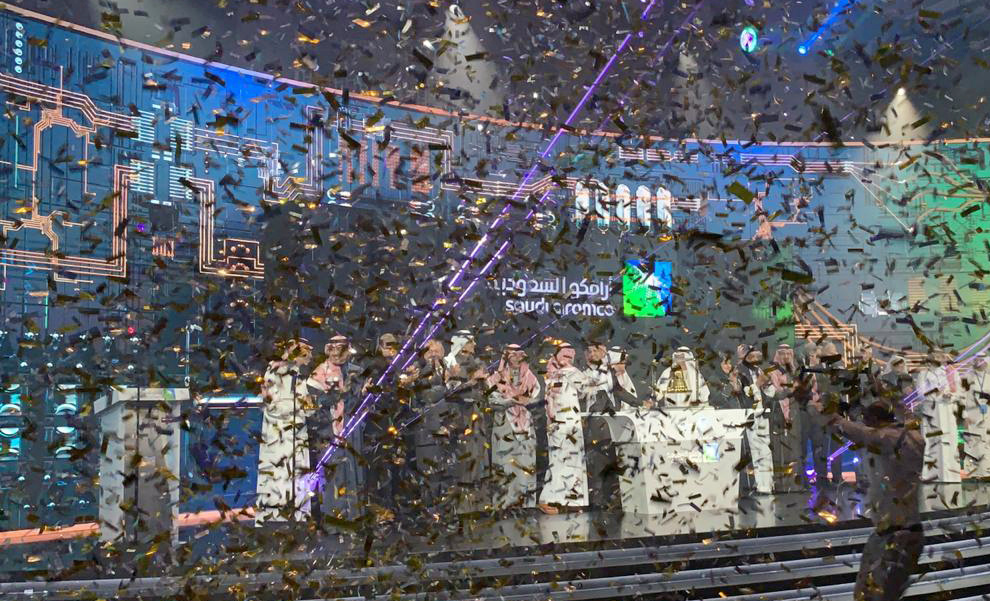 After significant delays and a number of setbacks, earlier in December, Aramco finally listed shares representing 1.5 percent of the company’s total value on the domestic Tadawul exchange. The initial goals of the stock float were to list 5 percent of the company on an international exchange, with a valuation at $2 trillion—thus raising $100 billion. Saudi Crown Prince Mohammed bin Salman (MBS) planned to use the revenue to support his ambitious plans to diversify the Saudi economy away from reliance on oil revenues.

Because of the delays, many analysts wondered aloud whether the initial public offering (IPO) would ever happen. While this initial portion of the Aramco IPO has been quite successful, at the very least making some of the more vocal critics think twice, it did not achieve the ultimate goal of raising $100 billion for Saudi Arabia’s Public Investment Fund (PIF), and thus its efforts to diversify the Saudi economy. The $25.6 billion that the IPO did raise is nothing to scoff at, but it still is not enough to fully realize MBS’ ambitions.

As discussed in a recent Atlantic Council issue brief, the initially suggested $2 trillion valuation of Aramco was important for raising the $100 billion for the PIF; lower valuations would of course raise less money. So while that proposed valuation does seem to have a bit of ego built in, it is important at a practical level for raising the desired cash. The surge in Aramco shares that brought the value of the company over $2 trillion, before it settled back around $1.9 trillion, could be a good signal for the ability to ultimately raise the $100 billion if additional shares are floated internationally.

Throughout 2019, financial markets have watched the planned Saudi Aramco initial public offering (IPO), which was finally launched in December. A quieter, but no less significant, story was Saudi Aramco’s acquisition of SABIC. Saudi Aramco strove to have a successful IPO, especially through increased transparency and diversification, and the SABIC acquisition was a key element of Saudi Aramco’s diversification strategy. Going forward, what does the merger mean for both companies, what is the new relationship between Aramco and SABIC, and what are the merger’s implications for the intricate relationship between the various bureaucracies and leadership in Saudi Arabia?

However, there is a catch. For a number of reasons, Saudi and other regional investors may be more inclined to invest in Aramco than international investors. At a time when oil and gas investments from major western financial firms are being called into question due to concerns about climate change, stranded assets, and comparatively low returns, it makes sense that Saudi and its neighbors are the initial focus of investment in the Aramco IPO. First, these investors have strategic reasons for supporting the success of Saudi Arabia’s diversification given that the long-term stability of Saudi is crucial for the region. Second, they are still quite comfortable with oil and gas investments, recognizing that even if oil demand peaks and declines, Aramco will continue to produce profitably, though at a lower profit margin. There may simply be far less interest if Aramco decides to list the shares internationally—we simply do not know yet.

Investment predominantly from within the region has another negative aspect. If Aramco had international investors, Saudi Arabia would have contributed to the diversification of its economy in two different ways: first, by spreading the risk of an oil price collapse outside the country and region, and second, by the PIF’s investments in new types of economic activities. With only Saudi and regional investors, the concentration of risk from a potential oil price collapse stays within the region, doing little to help regional economic stability in an oil downturn. Right now, it is primarily the strength of the PIF’s investments that brings any diversification value.

Ironically, a strong case for oil over the long term would assuage international doubts about a broader IPO and thus help the diversification effort. However, long term oil demand risk is exactly what Saudi Arabia is hedging against. That international investors are already worried about this risk makes it that much harder for the country to expand the IPO beyond its regional remit, and thus that much harder to diversify away from an uncertain future for oil.