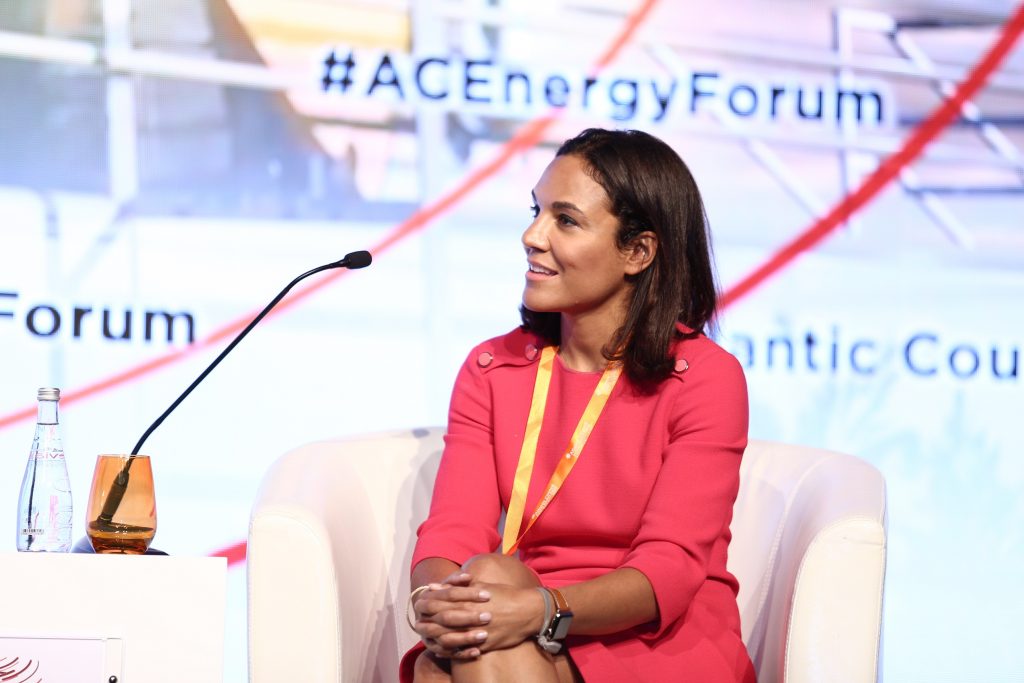 Global Energy Center Deputy Director Ellen Scholl sat down with Atlantic Council Board Director Dr. Helima Croft, managing director and global head of commodity strategy, global research at RBC Capital Markets, for her take on the OPEC meeting and the decision to move away from production cuts and toward increasing production to balance the market (you can read more from RBC on the meeting here). The following is an excerpt of thier interview.

Q: What are the major takeaways from the OPEC meeting that took place over the weekend in Vienna?

Croft: The biggest takeaway is that OPEC managed to hold it together.

Up until the last minute, there was a sense that Iran could walk out, so simply getting Iran to sign on, and to stay with the group, was a big win. The question is: going forward, what does that mean for global markets for oil?

Q: How big a loss was this for Iran?

Croft: Iran had hope for some kind of statement from the rest of OPEC, the rest of the alliance, condemning sanctions and showing solidarity with them on the sanctions issues. However, they did not get it.

Beyond that, Iran’s one victory was to ensure that the official statement did not include a specific number for the volume increase, rather simply stating the alliance will be going back to 100 percent compliance. However, even that small victory was taken away on Saturday during the meeting between OPEC and non-OPEC countries, when Saudi Energy Minister Khalid al-Falih essentially came out and said that while there may be some ambiguity about the increase, he would resolve that, stating the increase will be one million barrels. He also reiterated that while consensus was preferred, Saudi Arabia does not need it and is prepared to go it alone.

Thus, even that small victory that Iran secured on Friday was really taken away by the Saudis on Saturday.

Q: Who are the biggest winners?

President Trump intervened in the OPEC decision-making in April with his first Tweet criticizing the organization, posted while they were meeting in Jeddah. He kept up the pressure and there were reports that America wanted a million barrels, and they got the number they wanted. Thus, I would argue the biggest winner from the whole OPEC week was the Trump Administration.

Q: What should we expect going forward?

Croft: For the oil market, this is the big question. We have Venezuelan oil production dropping like a lead balloon. It could potentially be entry to exit a million barrels off the market this year. Now we have Iran sanctions coming.

One of the big stories that came out on Friday was the Iranian oil minister telling journalists that their key foreign partners had been told to halt all business dealings with Iran, as there were reports that the Trump Administration is not adopting the Obama Administration’s policy of asking for a percentage cut every six months but simply saying, “halt your ties” with Iran. Earlier this week, Trump Administration officials confirmed that they basically want to take all Iranian exports off the market. This raises the prospect of an even higher Q4 2018 loss than 700,000. With Saudi pledging a million, there will be little spare capacity to deal with any additional outages.

This makes potential geopolitical developments all the more important. The potential exists to end up in a situation where there are a million barrels gone from Venezuela and high volumes lost from Iran. At the same time, Libya is facing renewed challenges in the eastern part of the country, while Nigeria is experiencing more pipeline issues, which could become a bigger problem as they go into election.

With Saudi Arabia pledging a million, there will be little spare capacity to deal with any additional outages or crises. Thus, the biggest challenge is the potential for more geopolitical turmoil, as there will likely be less spare capacity in the tank to put on the market to mitigate the impact.

Q: Where does this leave US shale producers?

Croft: This is a great story. One of the biggest geopolitical stories this year has been the infrastructure bottlenecks facing shale. A few years ago, you could find people saying that we would never have to be back in a position where we are forced to ask Saudi Arabia to help out the United States by putting more barrels on the market, essentially capping the upside for prices.

But what has happened this year? Shale has stumbled. Infrastructure bottlenecks mean it is going to become harder to move Permian barrels. The pipelines are full, companies are having issues with getting sufficient labor, and there is a shortage of truck drivers. In short, there are a whole set of issues that essentially mean Permian exports are capped for the moment. As shale is stumbling with infrastructure bottlenecks, this puts the White House back in a position where it is forced to ask Saudi Arabia and other Gulf allies for help. And that is why the United States is back in this position of dependence.

There was an interesting moment at the meeting between OPEC and non-OPEC members on Saturday. Russian Oil Minister Alexander Novak was talking to the twenty-five nations in the Vienna alliance responsible half of global oil production and said, “we are responsible for planet’s energy security.” That was an amazing statement, something we thought was not even going to be in the ether two years ago because of shale. This is the year shale has stumbled.

Next year will be interesting because it is the year that the new pipelines are projected to come online and the bottlenecks should ease, but we could be in a period right now where the market is tighter, because we don’t have the additional shale supplies.

Dr. Helima Croft is managing director and global head of commodity strategy, global research at RBC Capital Markets and an Atlantic Council board director. You can follow her on Twitter @CroftHelima