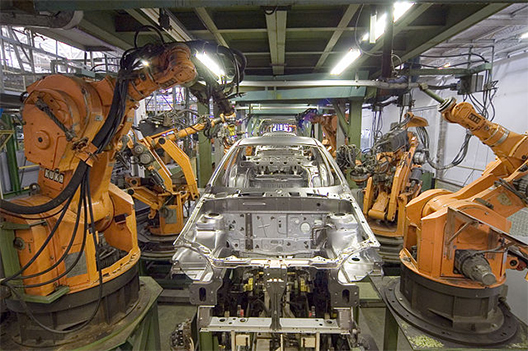 Politicians and policymakers understandably focus almost exclusively on near-term problems and crises. They often operate in reactive mode as hotspots and domestic political pressures set priorities. But their “global operating environment” (GOE) is rapidly changing, often in ways that affect national security challenges and choices in the present as well as in the future. To appreciate this, one need only consider the impact on the GOE over the last twenty years. The Internet has changed the personal, social, and business lives of billions of people and has created entirely new opportunities and challenges for governments. Now a new combination of factors is changing the world, possibly with a greater impact over the next two decades than the Internet has had over the last two. This is the “Third Industrial Revolution” (TIR).

The emerging Third Industrial Revolution will transform not just production but society itself.  The first industrial revolution was the application of steam power in the eighteenth century; the second was the invention of the modern assembly line at the beginning of the twentieth century. Like its predecessors, the TIR is changing the way things are made, where and when they are produced, and how they are distributed. It is reducing the energy and raw materials consumed and the carbon footprint of manufacturing. It is changing social relations, creating but also destroying jobs, and altering the relationship of people to production. It is moving the world from mass production of standardized items to bespoke products to meet the requirements of individual needs. It is also transforming the global economy, providing new opportunities for the developing as well as developed world, and costs if nations don’t adapt.

The TIR is as much about the combination of, and synergy between, technologies as it is about the machines themselves. It has been enabled by the innovative application of decades of developments in information and communications technology (ICT) and artificial intelligence, as well as by big data and algorithms, the emerging Internet of Things in which billions of devices, machines and sensors are connected to the Internet, and new materials development through nanotechnology.

The TIR involves not just a different way of using raw materials—steel, aluminum, plastic, and a multitude of other materials—and fashioning them into different material objects, including those that are impossible to make by other means. Rather, it also includes materialization of digital information. A computer created design or a scanned physical object can be converted from digital bits to material atoms. And all of this can be done remotely. The digital file for the 3D object can be sent over the Internet and rematerialized anywhere in the world, in much the same way like we receive PDF files and print them out in two dimensions.

The TIR is also raising the long-debated question of whether new advances in technology will eventually create a myriad of new jobs and more widely distributed wealth, as has been the case in the past, or will new technologies lead this time to long-term structural unemployment, exacerbating already high levels of inequality and potentially sparking social instability? Or will the increased productivity of the global economy create abundance with fewer workers, enabling a transformation of global society in which poverty is virtually eliminated and social goods production is well rewarded, decoupling income from traditional market dynamics?