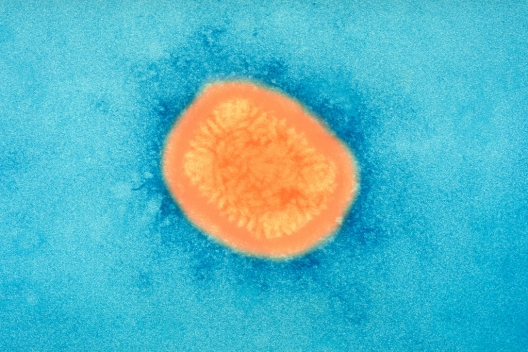 Synthetic biology and bioengineering are an emerging factor in the Third Industrial Revolution (TIR), building on the convergence of a wide range of technologies leading to development of new, previously unimaginable technological capabilities. While there are a huge number of potentially beneficial products of the synbio revolution, there are also growing concerns about the potential for the bioengineering of deadly viruses by error or design.

In the new synthetic biology age, you will be able to edit DNA like software in a computer. Craig Venter, who led the private effort to map the human genome and created the first synthetic organism, has termed this “digital life.” The bioengineered digital file could represent the DNA of an existing organism or an altered form of that organism. It could also be an entirely new organism created from DNA building blocks such as BioBricks. BioBricks are DNA constructs of different functioning parts that can be assembled to create new life forms to perform specific functions. Venter suggests such genetically engineered organisms can be created for biofuels, water purifying, textiles, food sources, and bioremediation.

A recent National Research Council (NRC) and National Academy of Engineering (NAE) report on synbio explained how this works. According to the report, “synthetic biologists have the ability to design genetic code to elicit a specific function, pre-test the code for functionality using computer modeling, order the relevant genetic material from a commercial or open-source gene synthesis facility, and insert the material into a cell body in order to test real world functionality.”

Perhaps even more astounding than the ability to digitize life is that this digital life can be transmitted over the Internet and the organism recreated anywhere on the planet. Or, as Venter points out, digital life can be used to recreate organisms found on Mars by digitizing their DNA and transmitting the file back to earth. Digital files of life-saving drugs might even one day be sent to human colonists on the red planet! Venter has created “biological teleporters” to receive and print the files. This process is like 4D printing but using organic rather than inorganic matter. The 4D printing process permits the printed organism not only to change form and function over time and even capable of self-replication. In a global pandemic, synbio could both greatly speed the time required to develop a vaccine and could send the digitized vaccine sequence around the world to be bioprinted for immediate use.

There will be no need to build a computer model from scratch for creating a synbio product.  The 3D/4D printing process allow the designer of a synbio product to work with preexisting modules of the product. Synthetic biologists can work, for example, with BioBricks that can be bought and downloaded, each with a specific functionality. The building-block devised design can be sent to a bioprinter that will assemble the genetic material (like the plastics, metals, etc., in a conventional 3D printer) to create the new life form. The creator of the organism will not have to be knowledgeable about how each of the BioBricks works, just as the designer of a 3D printed object does not have to be a software engineer but only trained to use computer-aided design software to design the object and send it to the printer.

Synbio may have a massively transformative impact on the world like the Internet and 3D/4D printing. Combined, these technologies will change what we can make, how we make it, where we make it, and what materials we use to make it. There are huge potentials for sustainability (recycling amino acids!). The word “organic” will have an entirely new meaning as structures will not only look more “organic” but also be made of organic materials! Drew Endy, bioengineering professor of Stanford calculates that genetic engineering and synthetic biology already contribute about 2 percent (or about $300 billion) to US GDP and predicts in the near term a synbio-generated technological and economic boom comparable to the impact of the Internet earlier in this century.

The ease associated with bioengineering and the low cost and wide availability of materials and capabilities are increasing concern about potential dangers posed by synbio, especially the ability to alter viruses to become more deadly or to create wholly new lethal microorganisms. Laurie Garrett, global health expert at the Council on Foreign Relations notes that “the world of biosynthesis is hooking up with 3D printing.” Scientists in one city designing a genetic sequence on a computer (can) send the code to a printer somewhere else. The code might be the creation of a life-saving medicine or vaccine. Or it might be information that turns the tiny phi X174 virus….into something that kills human cells, or makes nasty bacteria resistant to antibiotics, or creates some entirely new viral strain.”

Advances in synthetic biology, like those in 3D printing, robotics, and so many other technologies, have been enabled by a wide range of other emerging technologies combining together. According to a National Research Council/National Academy of Engineering report, this includes “progress in computer and internet technology revolutionized the ability to process and transfer data and provided ideas and methods for how to manage complexity when engineering multi-component integrated systems. Calculations that only a decade ago would have taken weeks on a mainframe computer now take minutes: a gene sequence may be processed on a laptop.”

The revolutionary advances of the information and communications technology (ICT) revolution of the past several decades have been critical to both the tremendous advances in synthetic biology and to the Third Industrial Revolution. In coming decades, synbio may power an entirely new phase of the Third Industrial Revolution as it becomes the basis of new methods and products in manufacturing and construction as well as a source of huge benefits in human health and environmental protection.