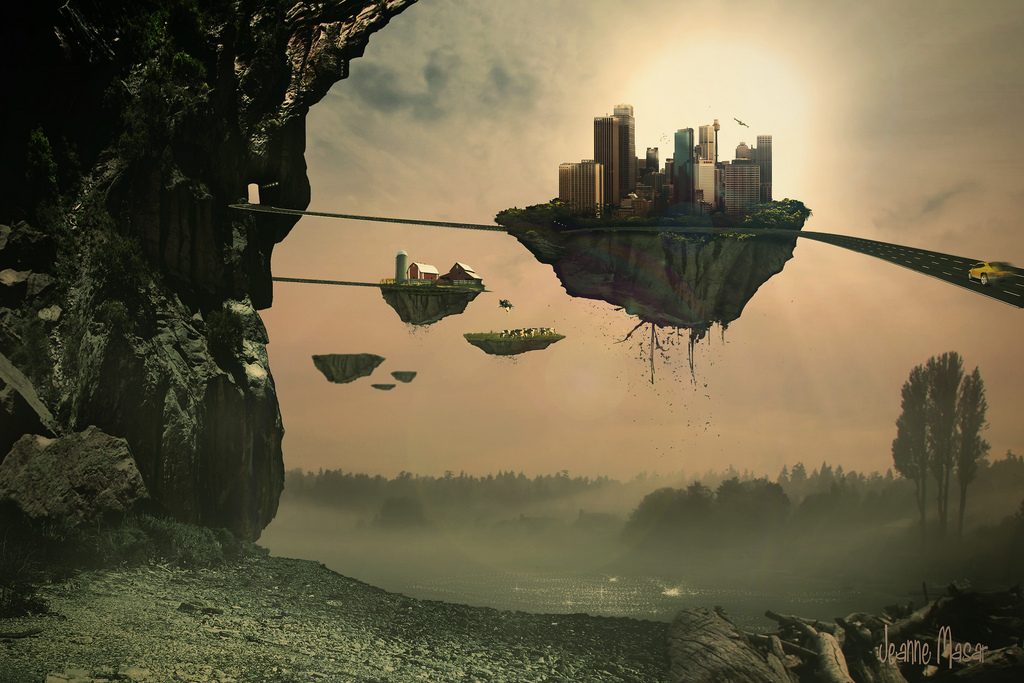 With this interview series, we want to explore narratives about future industries and how our lives will look decades from now with expert viewpoints from around the world. Below is a 5-question interview with expert Greg Lindsay:

What got you interested in looking at technology trends?

We live in a time when technology corporations have more agency than any other nonstate actor — and they’ll even rise to challenge states, as we’ve recently seen in the legal struggle between the FBI and Apple. Starting with the rise of the “California Ideology” in the 1970s, we’ve seen Silicon Valley’s determination to shape policy while hiding behind the supposed inevitability of technological progress. For example, Google reassures users with its credo “Don’t be evil,” while it spends more money on Congressional lobbying than ExxonMobil. Google also created Jigsaw, a self-described “technology incubator that aims to tackle the toughest geopolitical issues,” run by former US State Department official Jared Cohen. Technology on its own doesn’t create the future, but technology companies with tens of billions of dollars in cash have a bigger voice than almost anyone else.

What are the technologies you are following in this field? Why?

I’m most interested in “real-world” social network analysis, i.e. mapping, understanding, and intervening in relationships located in a specific place and time. We’ve done a fantastic job of building global social media networks that are frequently more compelling than the person we’re standing next to. I think that’s a wasted opportunity. Work by the MIT Media Lab’s Sandy Pentland and others have demonstrated how much information hides in communication and idea flows between people, and how that information contains scarily accurate predictive power. I’ve talked informally with folks at West Point, the New America, and very large companies about how to apply these techniques in the office, in cities, and in vulnerable communities — to identify potential collaborators and alliances, not just threats.

What do you think a day in the office in 2030 looks like?

Which office? I don’t think anyone will work from a single office by then. If you’re a cloudworker below the application program interface (API), you’ll work from anywhere you can afford — at home, at McDonald’s, at a long ago big box store — bidding on digital piecework farmed out and stitched together by AI middle managers when they aren’t busy surveilling you using all sort of quantified self-measures. Even if you’re fortunate enough to be a full-time employee, you’ll voluntarily submit to unprecedented levels of workplace surveillance, because it makes you more productive and creative — your data exhaust will help your employers more effectively milk ideas from you. I think we’ll also see the rise of ad hoc micro-firms that incorporate for a project and dissolve after only a few weeks. I hope many of these are worker cooperatives and other alternatives to the classic corporation, but if current political trends continue, we’re going to see the same trends in the workplace that we already do in tech and finance — a frenzy to frack every last bit of value out of people by accelerating the tempo to superhuman speeds.

How will we be moving and using transport in 2030?

Increasingly on foot, I hope. In all seriousness, I hope the trend to ban motor vehicles in city centers for at least one day a week (as in Paris) continues to pick up speed. Everywhere else, we can expect to continue riding in wheeled vehicles — hopefully electric, powered by renewables — of various sizes, from bicycles to trains. And I think it’s fair to say autonomous vehicles will be on the market, still in the upward slope of their adoption curve. The big question is who will orchestrate our urban transportation systems, and for whom? I’d like to think public transport agencies will transform from train and bus operators into “mobility-as-a-service” managers who set the rules and the strategy for safer, more equitable, more accessible transit. But it’s likelier (given the conditions I’ve described above) that someone like Uber or Didi Kuaidi or Google will first build a parallel autonomous transportation system made of private vehicles and then eventually subsume what remains of the public networks. It’s the General Motors streetcar conspiracy all over again, this time with algorithms.

What do policymakers need to get right today for this technology or suite of technologies to take off? What questions should they ask that they aren’t asking?

The biggest one is how long the current data regime can go on. “If the service is free, the product is you.” That’s the logic Google, Facebook, Uber and others are built on, and it’s increasingly absurd and counter-productive. Uber constantly collects data from its drivers whether they’re currently working for the service or not. Facebook demands a license to literally anything created for the Oculus Rift — imagine Apple demanding a license to these words, typed on my Macbook. And it’s barely a stretch to imagine that very soon, we will not legally own our cars or our homes or anything else with enough software to qualify for the Digital Millennium Copyright Act, in which case we are merely granted a license subject to the whims of the company that issued it. We need an alternative, whether that means owning our data and licensing it as we see fit for services, or some sort of data commons, or preferably an ability to opt in or out in varying degrees altogether.

What are trend-watchers for this field overlooking?

I recently had the chance to ask National Intelligence Council Chairman Dr. Gregory F. Treverton why the intelligence community had so much trouble being sufficiently weird in its forecasts — the world is a weird place, of course, and getting weirder. His reply, in so many words, is that it’s not exactly a culture that prizes weird personalities. We all have to do a better job of thinking weirder, myself included.

What keeps you up at night?

Wondering which Antarctic ice shelf just fell into the ocean. Rising sea levels is no longer the twenty-second century’s problem; it’s ours. Will we be forced to abandon coastal megacities? Will we manage to wall them off, or float them? The answer is probably “all of the above,” with the wealthiest districts of the wealthiest cities deploying some mix of technological and infrastructural fixes while the rest are submerged. We can only begin to guess at the knock-on effects. It recently occurred to me that the value of my (fated-to-be-flooded?) New York City apartment may just fall to zero in my child’s lifetime. Given the wealth and generational savings embodied in urban real estate, what happens to people’s prospects if that wealth is fatally submerged? What does that do to financial markets?

Having just finished published a paper on “Smart Homes and the Internet of Things” for the Cyber Statecraft Initiative here at the Council, I found Bruce Sterling’s long essay/short e-book The Epic Struggle of the Internet of Things to be the best primer on the subject. Tom Slee’s What’s Yours Is Mine is a much-needed antidote to the uncritical thinking around the so-called “sharing economy,” and the scariest thing I’ve read recently is Benjamin H. Bratton’s The Stack: On Software and Sovereignty, which does a magnificent job at tracing the techno-political implications of planetary-scale computing.

Greg Lindsay is a Nonresident Senior Fellow with the Brent Scowcroft Center on International Security’s Strategic Foresight Initiative. He speaks frequently about globalization, innovation, and the future of cities.