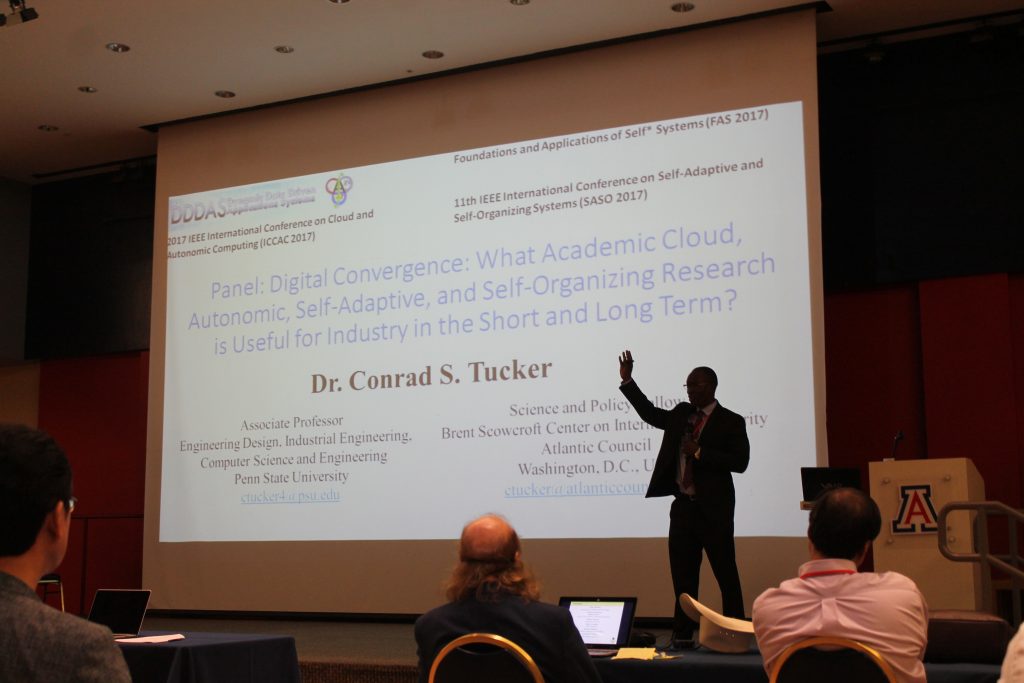 Science, technology, engineering, and mathematics (STEM) workers play an integral role in maintaining or advancing a nation’s economic and societal competitiveness. A recent report of the eight most valuable startup companies in the US further emphasizes the impact of STEM disciplines in the creation of new industries and domains. The success of a majority of these startups heavily relies on STEM skillsets that include software/app development, data analytics and machine learning expertise, and the seamless integration of technologies that enhance user experiences. While the demand for STEM degrees continues to increase, the time needed to attain a higher education degree remains relatively constant and typically exceeds fifty-two months, well beyond the projected forty-eight months that students prefer. Several questions emerge from these findings:

Is the rate of attaining a STEM degree or skillset keeping up with the evolving needs of society?

There has been a significant decline in the number of students choosing to major in STEM degrees, both at the undergraduate and graduate levels. While the reasons for this decline are multifaceted, the potential societal implications are significant, especially in the digital age where value-creation is not only based on the functional capabilities of a new technology, but also the integration of that technology with other existing infrastructure. Let us take for example a ride hailing app. From a user’s perspective, the interface is straightforward: users demands a ride from point A to point B, they get out their mobile device, open the app, enter their destination, and a vehicle is there to pick them up in minutes. However, the technological components needed to achieve this seemingly straightforward series of steps are enormous and include: the design of the chipsets used in the mobile device, the precision of the global positioning system (GPS) used to locate the user, the maintenance of the wireless network used to transmit data back and forth between the driver and the user, and most importantly, the seamless integration of these technologies that make all of this possible. As new companies are created and existing companies evolve, there will be an increased need for workers with skillsets that add value to these domains. Therefore, the decline of students majoring in STEM, at a time when there is an increased demand for STEM skillsets is of great concern.

Will advancements in automation and artificial intelligence reduce the demand for STEM workers?

The field of artificial intelligence has experienced significant progress within the last several decades that will have major implications for the tasks that companies choose to automate. Highly complex tasks that were once thought to only be possible through human cognition are now being achieved by algorithms, with accuracies on par with, or at times greater than, humans. For example in the medical field, Deep Convolutional Neural Network algorithms have been shown to correctly classify Pulmonary Tuberculosis, with accuracies comparable to trained radiologists. While the use of deep learning algorithms for medical image classification is still in the research rather than deployment phase, the question is not if, but when these algorithms will be able to achieve or exceed human-level performance, with the added benefit of scale (i.e., simultaneously reviewing millions of images without fatigue or performance degradation). Beyond classification, algorithms are now able to generate novel output such as engineering design sketches and works of image style transfer, hereby potentially disrupting tasks that were once performed by highly skilled workers with STEM backgrounds. The disruption of industries or domains is nothing new to human progress. After all, the rise of the automotive industry significantly reduced the need for horse and buggy workers, who were able to adapt, learn a new skill set, and move into other value-added industries. One of the twenty-first century challenges for policymakers will be to ensure that the rate of learning a new skillset outpaces the rate of that new skillset being rendered obsolete due to advances in computer algorithms and artificial intelligent systems. For example, the horse and buggy worker goes back to school to learn how to operate a taxi cab business just to be disrupted again by ride hailing apps or self driving cars upon their graduation from school. This would be an example of technological progress outpacing the development of a new skillset, which society should avoid.

What policies should be considered to increase a nation’s competitiveness, in the age of artificial intelligence and automation?

Given the societal demands for highly skilled workers in the technology domains, policymakers should consider proposing policies that promote STEM enrollment and retention, starting from K-12, and including undergraduate and graduate education. In addition, it has been shown that women and students from underrepresented groups have lower STEM enrollment and retention. Understanding the factors that impact students from different demographic backgrounds choosing to pursue STEM, should be carefully explored. This includes studying the manner in which STEM content is delivered, the case studies used to teach theoretical STEM concepts, etc. For example, using a sail boat in a case study to teach Netwton’s laws of motion may not resonate with students who may not be able to conceptualize the case study, due to limited past exposure to those examples. It is paramount that educators minimize confounding the STEM concepts taught, and the case studies selected to teach the concepts. Policymakers have the potential to promote more customized methods of STEM education delivery, rather than the “one size-fits-all” paradigm that currently exists today.

For policies pertaining to the advancement of artificial intelligence and automated systems, policymakers should consider requiring more transparency as it pertains to the interpretability of these technologies. While an algorithm being able to achieve accuracies comparable to human expertise is a technological feat, the ability of said algorithm to explain how/why it came to that decision would be of great value to individuals and society as a whole. For that to happen, companies may need to provide more access to the inner workings of their algorithms. However, this may be at odds with the current economic incentives, where access to proprietary data and algorithms, are used as a competitive advantage.

Image: Science and Policy Fellow Dr. Conrad Tucker presents his work on artificial intelligence, machine learning, and their policy implications at a conference at the University of Arizona.