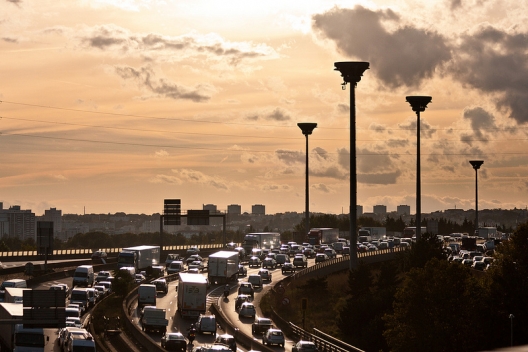 While 3D printing is changing the when, where and how of things are made in the Third Industrial Revolution (TIR), the new robotics is enhancing productivity and changing the role of humans in the production process and the overall economy. The development of a new generation of robots that are easier to program and are safer and easier for humans to interact with is making it possible for humans and robots to work alongside each other. It has become possible now to substitute robots for human labor in more manufacturing and service jobs. The new robotics extends far beyond traditional roles and forms of robots. Not only are vehicles from cars to drones to submarines becoming robotic, but digital robots are taking on tasks previously reserved only for humans.

The new robots, both physical and digital, are powered by a set of emerging or rapidly improving technologies. These include wireless communications technologies, artificial intelligence, advanced and cheap sensors, big data, advanced algorithms, cloud computing and storage, and the global positioning system (GPS). Robotic platforms have evolved at an exponential rate over the last four decades similar to that of microchips that have basically doubled the number of transistors on a chip every two years, as predicted by Intel’s Gordon Moore in 1965.  The future is one of ever smarter, more capable, and dramatically less expensive robots insinuating themselves into every corner of our lives, well beyond manufacturing and the overall economy.

Autonomous vehicles, including the iconic Google self-driving cars, may be on the road commercially well before 2020. The long-term impact on society of self-driving cars and other autonomous vehicles could be a radical change in how humans use cars, design transportation infrastructure, and utilize land in cities.  There could be a sharp reduction in driving accidents and fatalities, some 80 percent of which are due to human error. The percentage of land in cities now dedicated to cars, about 60 percent, could be substantially reduced by cars being available on demand, summoned by apps, and in constant use. This would drastically reduce the need for parking spaces as well as the overall number of cars, which, as personal vehicles, are idle 90 percent of the time. The self-driving car may be more efficient than most public transport by taking people directly between their desired starting and end points. It could thus lead to a redesign of cities and a transformation of urban life styles.

Such a shift to robotic vehicles would be highly disruptive to the global economy, especially the auto industry. The entire notion of what an automobile represents could change as people view autos more as a utility and less as a symbol of status or of driving pleasure. Over the next decade, autonomous vehicles may also play an increasingly important role in the commercial sphere. Autonomous cargo carriers may include trucks on the highways and unmanned cargo planes as well as survey and delivery drones in the skies.

Developers are extending the capabilities of robots, crossing the boundary between industrial robots and nonindustrial robots.  Although much development is still required to improve robots’ cognitive abilities, many of the building blocks for futuristic and highly disruptive systems will be in place in the next couple decades. Such robotics could eliminate the need for human labor entirely in some manufacturing environments with total automation becoming more cost effective than outsourcing manufacturing to developing economies. Even in developing countries, robots might supplant some local manual labor in sectors such as electronics, potentially holding down local wages.

Digital robots are powering the TIR, in many cases taking on tasks of highly skilled knowledge workers. We have already seen the extraordinary power of search engines, such as Google Search, Microsoft Bing, and others, based on powerful “ranking” algorithms that far exceed any human capability, almost instantly sifting through billions of data points to answer human information queries. Other powerful algorithms are replacing lawyers with “e-discovery” by scanning millions of legal documents at higher speed, lower cost, and with greater accuracy than humans.  Similarly, medical x-rays can now often be read more quickly and often more accurately by computers than radiologists.  Some digital robots, like IBM’s Watson, can help diagnose cancer and will soon provide expert advice across a wide range of medical and other disciplines.  Google Translate is constantly improving through massive data mining and advanced algorithms.

Robots are likely to play an increasing role in labor-intensive industries like healthcare and eldercare industry and militaries. In hospitals, we are already seeing them perform specialized functions such as surgical support, including “Da Vinci” robotic device carrying out robotic surgery under the control of skilled surgeons. Japan and South Korea are investing heavily in development of robots able to assist with daily living in an effort to deal with onset of aging for many of their people. The military is expected to increase its use of robots to reduce human exposure in high-risk situations and environments as well as the number of troops necessary for certain operations.

These digital robots are increasingly part of what has been called a digital “second economy” of computers and networks that can perform services independent of most human activity.  This is the case, for example, when you insert a credit card at an airport kiosk, triggering a couple of dozen conversations among computers that were previously carried out among humans. Physical and digital robots are increasing part of the “second economy,” as they perform functions previously performed by people. But they are not just replacing people—they are working with people, often eliminating tedious work, while enhancing overall productivity and enabling humans to achieve more working with robots than they could without them.