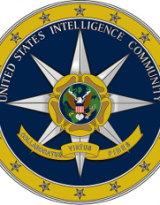 The US intelligence community largely has failed to adapt to the world’s growing complexity and interconnectedness, writes Josh Kerbel, the chief analytic methodologist at the US Defense Intelligence Agency. The intelligence community must leave behind its habit of analyzing complex issues with a narrow focus and instead ‘think big’, taking greater advantage of open-source, unclassified information and interdisciplinary perspectives.

The current debate over US intelligence and its activities can be characterized in a single word: outrage. On one side of this debate are those outraged that Edward Snowden, Bradley Manning and the like have, with their revelations, compromised US intelligence capabilities, and by extension, national security. On the other side of the debate are those outraged at the scope of the intelligence capabilities and practices revealed, and the privacy violations they arguably suggest.

However, this debate, with all its fury, entirely misses the “larger” intelligence problem: the fact that after two-plus decades of spiking global complexity—interconnectedness—and despite a dozen years of immense investment in intelligence capabilities; the intelligence community (a grouping of 16 U.S. government agencies which work, often in partnership, to conduct intelligence activities) still has so little to offer the American government in terms of anticipating, understanding, and managing the “big”—highly interdependent—challenges that confront and confound the nation. In other words, the intelligence community remains fixated on reacting to discrete actors rather than helping the federal government proactively shape the broader global environment.

Quite simply, it is increasing complexity—not terrorism—that is the most disruptive global phenomenon of the post-Cold War era. The current bout, often termed “globalization,” began with the opening of China and the fall of the Iron Curtain, and has been accelerating ever since with increasingly accessible international travel, ever freer global trade, and ubiquitous digital communications. In fact, most of the more daunting challenges of the current era: economic contagion, sweeping political and social instability, resource competition, migration, climate change, the influence of China, transnational organized crime, pandemics—even terrorism—are products of, and/or contributors to, this larger phenomenon.

The problem with the continuing classified emphasis—and the compartmentalization it inevitably demands—is that it promotes highly bounded, focused, and narrow perspectives that offer limited utility when it comes to understanding complex issues. Complex phenomena are not discrete. Their edges are not clear and they are inextricably intertwined. Consequently, they demand “big picture” perspectives, the development of which are more often hindered rather than helped by the insertion of classified sources and methods. In other words, understanding complexity is not a classified collection challenge. (Indeed, we’re awash in good, open-source data on the complex issues mentioned above.) Rather, it’s a cognitive one.

If the intelligence community is to effectively address this changed reality, it will need to adopt some new—and uncomfortable—behaviors and characteristics. It will need to emphasize unclassified—open-source—information and prioritize its use in the creation of contextual, interdisciplinary, “sense-making” perspectives. It will require flatter organizations that are devoid of finely sliced—distinct—analytic accounts. Additionally—and perhaps most at odds with its prevailing mantras—the intelligence community  will need to embrace sensitivity to potential US actions in belated recognition of the fact that the US is a significant influence on the international system.

The intelligence community has and continues to dabble in some of these behaviors and characteristics. For example, it does produce a much ballyhooed, and genuinely good, “Global Trends” report—once every four years. Other half-measures include the occasional well-named conference here, or a “strategic” group there. More often than not, however, these half-measures are impediments to—and not harbingers of—real change. For almost invariably, the intelligence community points to these limited efforts as “proof” that it has sufficiently changed and then it continues on doing mostly what it has always done—zooming-in on distinct entities. Worse still, these assertions of change discourage—if only inadvertently—the potential creation of other government organizations that might actually be able to grapple with complexity

Most importantly, it would show an overdue awareness of the fact that in a globalized world, the ability to “think big”—to connect those things that we too often think of in artificially discrete terms—offers greater value than the mere ability to collect secrets ever will.

That this even needs to be said twenty-plus years after the collapse of the Soviet Union and the emergence of all the complex challenges mentioned above is more than just a little bit troubling. It’s an outrage.

Josh Kerbel is the chief analytic methodologist at the Defense Intelligence Agency. A graduate of the London School of Economics, he has written on the intersection of government and complexity in numerous publications, including the Washington Post, Foreign Policy, World Politics Review, Parameters, and Studies in Intelligence. This article represents his own views, and not those of the Defense Intelligence Agency, the Department of Defense, or the US government.