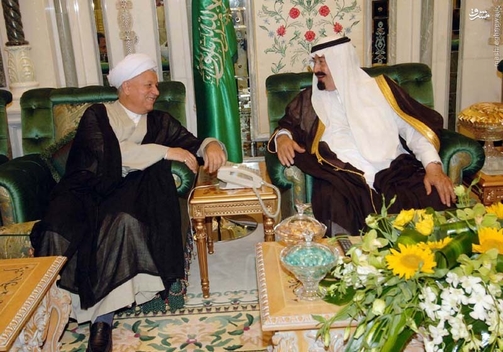 A major complaint of those who rejected the 2015 Iran nuclear deal is that it did nothing to curb Iran’s regional interventions and actually may have spurred them.Iran, these opponents argue, remains a theologically driven hegemon out to subvert Arab states and turn them into states too weak to threaten Tehran. Thus they reject recent proposals by Iran for a “non-aggression pact” as unrealistic and propagandistic.

What is really needed to decrease instability and the threat of a new war is a non-subversion pact. This would address Iran’s propensity to exploit the grievances of Shias and other downtrodden populations in the Arab world. Such a pact would also have to curb Saudi and Emirati subversive activities inside Iran.

The Islamic Republic has never succeeded in exporting its unique system of governance to other countries. However, its influence has undoubtedly increased particularly in the last decade.

The causes have as much to do with the mistakes of adversaries as Tehran’s subversive skills. The primary reason is the US invasion of Iraq in 2003, which overturned a Sunni dictatorship and opened the Arab heartland to Persian power. It was then that Sunnis such as Jordan’s King Abdullah began to warn of a “Shia crescent” extending from Iran to the Mediterranean Sea, building on the Shia majority in Iraq and the quasi-Shia regime—a long-time Iranian ally—in Syria.

To have expected that Iran—the survivor of a vicious war with Iraq funded by most Arab and world powers in the 1980s—not to have taken advantage of Washington’s miscalculations would be to defy logic and basic deterrent strategy. Tehran wants an Iraq that is too weak to challenge it again and that will always take Iranian interests into account.

Iran has similarly profited from the mistakes of its neighbors to increase its ties to the Houthi rebels in Yemen and to disaffected Arab Shia in Bahrain and Saudi Arabia’s eastern province. These ties, however, are much more tenuous than in Iraq or Lebanon.

The original opening to Iranian subversion came in 1982 when Israel invaded Lebanon to expel the Palestine Liberation Organization. Israel so antagonized Lebanese Shias that they coalesced under the banner of Hezbollah. The group has become the crown jewel of Iranian proxies: a super-trainer of Shia militias, Israel’s most feared regional foe and a vanguard force in propping up Iranian allies such as the brutal Bashar al-Assad regime in Syria.

Deprived of modern conventional weapons for most of its existence, the Islamic Republic has relied on such proxies to deter its enemies and expand its influence. To try to completely unwind forty years of asymmetric practice is unrealistic. However, it might be possible to reduce tensions by crafting an understanding between Iran and its adversaries that would curb their use of proxies and other subversive means.

This understanding must acknowledge that Iran is often pushing on an open door—exploiting the genuine grievances of Shias and others that face harsh discrimination. Without concerted efforts by governments to reach out to disaffected populations, Iran will always have an easy time recruiting them—just as the old Soviet Union exploited downtrodden groups throughout the developing world during the Cold War.

That said, Iran could stop providing weapons to the Houthis and agitating among Shias in Bahrain and Saudi Arabia’s eastern province. In return, the Saudis and Emiratis would have to end their support for Arab Shia in Iran’s Khuzestan province and for Sunni Kurds and Baloch in Iran. (Iran could also do a vastly better job of addressing the legitimate grievances of these groups, which remain among the poorest and least influential in the country.)

Understandings as difficult as these require discreet diplomacy by seasoned practitioners who have dealt with each other before. During the 1990s, then Iranian national security adviser Hassan Rouhani and diplomat Hossein Mousavian negotiated a non-subversion agreement with Saudi King Abdullah that lasted for many years. Prince Turki al-Faisal, a former head of intelligence and ambassador to the US for the Kingdom, could also play a role.

Unfortunately, after Abdullah’s death in early 2015, his successor, King Salman, and especially Salman’s hyperactive son, Mohammed, escalated repression of Saudi Shias—as well as perceived competitors in the royal family—and began an ill-conceived campaign to roll back Iranian influence that has backfired.

The results have been most egregious in Yemen, now the world’s worst humanitarian disaster, and have also led to rising instability elsewhere in the Middle East. Meanwhile, the Trump administration keeps pushing more arms sales on the region, wasting resources needed for social services and gainful employment, especially for young people, and thus insuring more unrest in the future.

Seemingly aping Iran, some of the Arab powers across the Persian Gulf are trying to become hegemons, too, as evidenced by Emirati support for military strongman Khalifa Hifter in Libya and Saudi and Emirati backing for a brutal crackdown on pro-democracy demonstrators in Sudan. The United Arab Emirates, in particular, fancies itself a “Little Sparta” that can make or break governments throughout the region.

Along with a non-subversion pact, the region needs a non-proliferation agreement that imposes significant restrictions on nuclear programs. A first step would be to return the United States to compliance with the Joint Comprehensive Plan of Action, followed by new talks on extending curbs on Iran in return for more durable sanctions relief.

To expect Iran to concede its winning subversive cards while it is the victim of US-led economic warfare is admittedly a long shot. However, it is time for the Trump administration to de-escalate tensions with Tehran and between Iran and its Arab foes instead of fanning them. Offers by President Donald Trump to sit down with President Rouhani without preconditions are a good start. If such efforts fail, regional powers should begin this urgent work on their own.

Barbara Slavin is the director of the Atlantic Council’s Future of Iran Initiative. Follow her on Twitter: @barbaraslavin1.