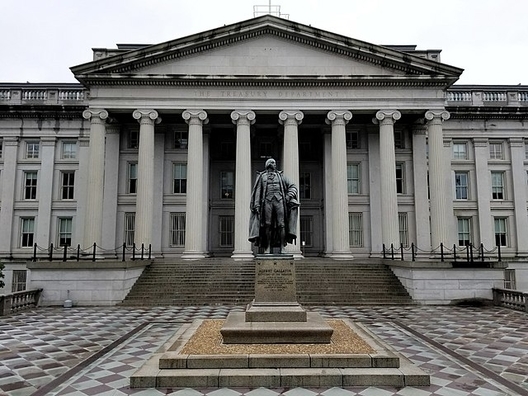 The Trump administration, acting through Treasury Department’s Office of Foreign Assets Control (OFAC), has wasted no time in setting a harried pace of Iran-related designations to up the pressure after the president announced the US withdrawal from the Joint Comprehensive Plan of Action (JCPOA) on May 8. In the seven business days following that fateful announcement, OFAC has issued four sets of Iran-related designations targeting Iran’s support for terrorism in what seems to be an attempt to replicate the maximum pressure campaign against North Korea that helped spur a leadership summit to negotiate denuclearization (albeit one that seems less certain than a week ago). These actions have come alongside a concerted effort by the administration to pressure foreign companies, especially in Europe, to cease business with Iran prior to the expiration of secondary sanctions waivers in August and November.

Together, the sanctions show a determination to act in coordination with like-minded partners and to go after nodes of Iran’s external financial networks that provide support for terror groups (both Hezbollah and the IRGC-QF are designated terrorist groups). These actions also hint at the types of network degradation operations that Iran can expect to see targeting its other financial networks after US sanctions are fully reimposed after November 6, 2018. The explicit, and unprecedented, reference to OFAC’s 50 Percent Rule in the action against a Hezbollah financial network was a clear warning to banks and other regulated industries that OFAC expects compliance with the rule, however difficult it may be to implement.

[OFAC’s 50 Percent Rule states that any entity owned fifty percent or more, in the aggregate, by one or more blocked persons is itself blocked, regardless of whether it appears on one of OFAC’s lists. The onus is on the regulated sector to comply with the rule, which typically involves independent research to ferret out other sanctioned entities.]

These actions also show a deft hand in dealing with the administration’s Gulf partners.  Most important was the action targeting Hezbollah’s leadership taken by the United States and its partners in the TFTC: Bahrain, Kuwait, Oman, Qatar, Saudi Arabia, and the UAE. The action explicitly messaged unity in the joint fight against terrorism and the US stance that there is no distinction between the supposed political and military wings of Hezbollah, the latter a point of friction with the EU. More subtly, it allowed Qatar to take an important step toward potential reconciliation of the diplomatic spat with its neighbors by targeting an Iran-supported terror group; a crisis the United States would like to see defused.  Further, it pulled in Oman, which has historically been more sympathetic to Iran than its neighbors. While there is little difference in the legal effect of US sanctions, it was an impressive political maneuver.

What’s curious, however, about the designations and the message they’re intended to convey, is that all of these actions could have been taken without pulling out of the JCPOA, as they were done under counterterrorism authorities that remained in place in the United States (and the European Union) following the conclusion of the nuclear deal. Furthermore, the pace here indicates that these targets had been in development for at least several weeks, if not months. Surely, these targets were discussed with the EU during the negotiations over how to address Iran’s destabilizing behavior as part of enhancements to the JCPOA.

These were powerful and solid actions, but we are left wondering how much more powerful they could have been if they also had been taken with the EU while the United States was still party to the JCPOA and had been used as pressure against Iran to address the issues outside the nuclear file with which the administration has been so concerned.

Brian O’Toole is a nonresident senior fellow with the Atlantic Council’s Global Business and Economics Program. Follow him on Twitter: @brianoftoole