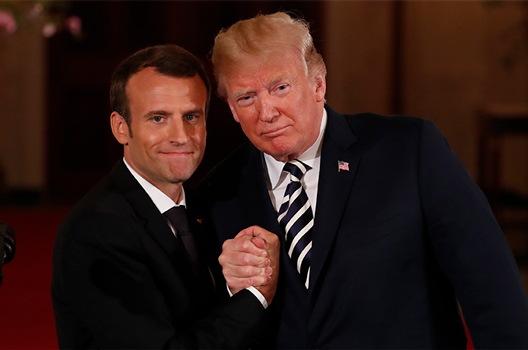 French President Macron is performing a delicate balancing act addressing US President Trump’s dissatisfaction with the Iran nuclear deal while seeking to keep the multilateral agreement intact. Trump has been crystal clear since his presidential campaign that he views the Joint Comprehensive Plan of Action (JCPOA) – the Iran nuclear agreement – as a “bad deal.” He has criticized it as insufficient and unable to deny Iran’s nuclear ambitions, address Iran’s regional activities, or curb its ballistic missile program. Middle East Security Initiative Director Rachel Brandenburg describes what appear to be the four pillars of President Macron’s strategy for convincing President Trump to remain in the JCPOA at the New Atlanticist.

Read the entire piece at the New Atlanticist.