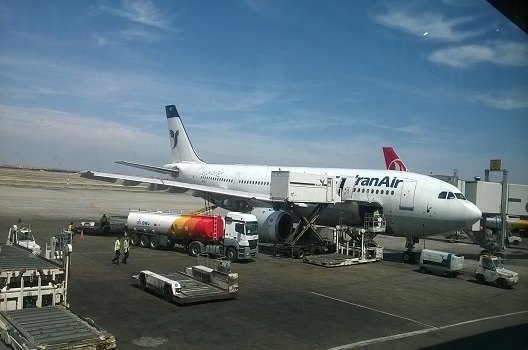 Just a few weeks ago, it seemed that the Iran nuclear deal could be saved. Now, it is highly likely that, even if the agreement is not formally cancelled, it will soon become a façade without any real meaning.

President Donald Trump’s recent threats to block any companies still engaging with Iran from business in the US are a clear and serious incentive for foreign firms to leave Iran as soon as possible. Despite European Union (EU) efforts to protect companies and neutralize US threats, major European businesses have already announced their departures.

A sad conclusion is that the EU, despite its promises, is unable to negate punitive US actions. Again, the EU has failed to achieve anything spectacular, even though the Joint Comprehensive Pan of Action (JCPOA) was supposed to be a flagship achievement of the EU’s common foreign policy and a symbol of the organization’s growing strength. In fact, recent developments clearly show that the EU is still just a paper tiger. It is doubtful that European companies will heed a so-called blocking statute or that the EU will implement provisions penalizing firms for abiding by US secondary sanctions.

Despite the blocking statute and strong EU political support for the JCPOA, many large firms have already left Iran. Total has already announced that it will not develop the South Pars gas field. Maersk and Peugeot have also quit Iran. It was also recently reported that many German companies, including truck and auto manufacturer Daimler, are suspending Iran ventures despite receiving an export credit guarantee, or so-called Hermes cover, from the government in Berlin.

It is not difficult to understand the calculations made by large companies – the Iranian market is tempting but, at the same time, difficult, hard to comprehend and, above all, unpredictable. Even if European companies decided to ignore US warnings and do business with Iran anyway, what could they gain? Investing in Iran is extremely risky – nobody can guarantee European businesses that their investments in Iran are safe and will not be nationalized. Average Iranians are now not even sure whether their economy is on the brink of collapse or whether the country is descending into civil war. Why would anybody want to invest in such a challenging economy, especially when compared to the much larger, richer and investor-friendly US economy? For instance, German exports to the US are worth $110 billion per month, while, in the whole of 2017, Germany sold goods worth just $3 billion to Iran.

So, if large, international giants are now afraid to have economic ties with the Islamic Republic, maybe smaller ones could fill the gap? That seems to be the Plan B for EU decision makers.

Central and Eastern Europe have many local companies that are not present in the US market, meaning they have no reason to fear US secondary sanctions. But, even for them, any business with Iran is a challenge. A good friend of this author, based in Warsaw, works for a local, medium-sized company, which found a reliable partner in Tehran keen to import Polish medical equipment. The price had already been discussed and agreed. The next step was to pay for the goods but the company has been unable to find any bank in Poland (most of them are foreign-owned) or nearby that would handle the transaction. This is so even though the sale of medicine and medical equipment to Iran has never been sanctioned. Banks are not willing to get involved because their potential profit would be too low while the potential risk remains high.

Countries such as Poland had also hoped that, thanks to Iranian oil, they would be able to trade with Iran and increase their energy security and decrease their dependence on Russia. But Central and Eastern European countries remain dependent on the security provided by US troops against Russia. Therefore, they weigh the question about whether to persist with the JCPOA and participate in some small-scale business ventures with Iran against the possibility of angering the Trump administration and seeing the withdrawal of the US military umbrella. The decision is easy to make.

What would have to happen to save the JCPOA? The Trump administration says that is ready to meet Iranians and negotiate a new more comprehensive deal. The Iranian government, for now, appears to have ruled out such talks. But many ideas once considered dreams have, at some point, become a political reality.