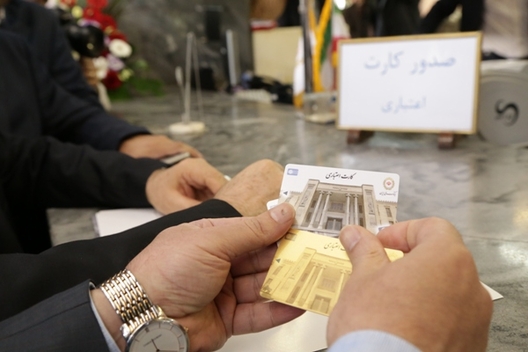 Since the 1979 revolution, Iran’s banking system and the government-dependent central bank have not undergone any major reforms.

Working in tandem with parliament, the administration of President Hassan Rouhani aims to finally instill much-needed reforms in the ailing Iranian banking system.

Articles of bank reform are currently under review by the economic commission of parliament. According to members of the commission, they will be put to vote in an open session in the coming weeks.

Both the government and parliament have said central bank independence is a main focus of bank reform. However, it remains to be seen to what extent they will liberate the regulator, especially since the Rouhani administration has been using it to dictate faulty foreign currency policy in the aftermath of the currency crisis that saw the Iranian rial lose more than 60 percent of its value in 2018.

Bank reform will also focus on shoring up faulty balance sheets, including by working toward better capital adequacy ratios and better conformance to international reporting standards.

Moreover, members of parliament have also drafted a bill to establish the Iran Development Bank to support infrastructure projects. This is meant to ease pressure on the National Development Fund, the country’s sovereign wealth fund, that has been tapped too often in recent years due to several manmade and natural crises.

After parliamentary ratification, bank reform articles will need a subsequent greenlight by the constitutional watchdog Guardian Council. But either way, implementing constructive bank reform measures would require billions of dollars that Iran can hardly spare under current harsh economic conditions, which now include US sanctions. Thus, the path to bank reform is long and arduous.

Another major intended change in Iran’s banking system that has hit a big barrier—due to US sanctions and the rampant inflation that ensued—is the banking system’s fee attainment regime.

During the past decade, Iranian banks have gradually eliminated almost all service fees in a bid to compete. They have since been unable to restore them, partly due to a complicated fee system that has been introduced putting all the pressure on the banks.

At the moment, Iranian customers pay very little to no fees for banking services. When a transaction is done through retail point-of-sale (POS) devices, which constitute the majority of bank transactions in Iran, the bank receiving the payment has to pay a fee to the bank whose card has been used. This is on top of the amount banks pay as rent and support fees for each POS device to payment service providers. Banks also have to pay another fee when submitting a transaction order aimed at paying public bills and purchasing phone credit recharges.

“The current business model of banks is flawed and the banking system is at risk of posting losses,” Lagzaei said in an interview, putting the amount of fees paid by the banking system during the previous Iranian year at around 80 trillion rials ($1.9 billion at the official exchange rate).

Since the banks’ expenses in electronic banking exceed their revenues, they have few incentives to improve the country’s underdeveloped digital banking infrastructures.

However, they have no choice but to adapt and develop. That is especially true since vastly more nimble and progressive startups, who are not encumbered by legacy systems and complicated organizational structures, are quickly carving their place in Iran’s financial system.

In 2017, Shaparak, the central bank-run operator of the national payment network, announced that bank fees would be overhauled. But the plan kept hitting snags, and as central bank deputy for innovative affairs Nasser Hakimi announced during a major banking conference in Tehran in January, it has been put on hold since it is perceived that the general public will react poorly to higher banking costs in the backdrop of quickly rising costs of living across the country.

This is in spite of the fact that when interviewed during the same conference, a host of Iranian experts identified reforming the bank fee attainment regime as the most important challenge facing the banking system for the current Iranian year.

“Personally, I wouldn’t mind paying fees for banking services because this is the norm globally,” said Soudabeh, a 27-year-old teacher. “But I also think the majority of people won’t be happy about it, especially since these days all you hear about is everything getting more expensive.”

Soudabeh said that Iranians could be persuaded if central bank and government officials asked for the public’s help by openly explaining how reintroducing fees would assist the banks, and in turn the dwindling economy.

However, due to the Iranian people’s general pessimism and a lack of trust in the banking system caused by the deteriorating economic situation, there are no signs of that happening any time soon.