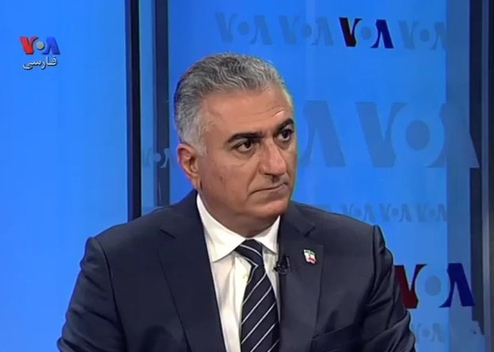 The Islamic Republic of Iran has no shortage of opposition groups, many with adherents in the large Iranian diaspora. From the Mojahedin-e Khalq (MEK) to secular republicans to ethnic separatist organizations, they are all bent on overthrowing the Iranian regime and replacing it with what they claim will be a more inclusive system.

Despite this common aim, the opposition is notoriously fragmented, with anti-regime groups often fighting among themselves rather than unifying against the regime. This bitter fragmentation partly explains the failure, after four decades of violent and non-violent struggle, to topple the Islamic Republic or even move it in a new direction.

Partly to address this chronic impediment, a group of exiled dissidents in September 2018 launched Farashgard, or “revival” in Persian. It defines itself as “a new political action network dedicated to the representation, promotion and advancement of the Iranian movement for freedom and democracy.” Inspired by widespread protests against the government and poor economic conditions that broke out in December 2017, Farashgard asserts that “the prerequisite to any substantial reform in Iran is [the] overthrow of the Islamic Republic.”

To this end, Farashgard has allied with the Trump administration and supports the administration’s “maximum pressure” policy against Iran, including comprehensive and indiscriminate economic sanctions. In December 2016, some individuals who went on to become core members of the group wrote a highly controversial letter to then President-elect Trump urging him to “expand” US sanctions against the Islamic Revolutionary Guards Corps (IRGC), form “an international coalition to pressure” the Iranian government and “force” Tehran to halt its ballistic missile program. The group also promotes Reza Pahlavi, the son of Iran’s former Shah, as its political leader. He is said to be playing a “key role” in “connecting all segments of the Iranian society and uniting the secular democratic opposition to the Islamic Republic.”

Far from weakening the Islamic Republic, however, Iran’s Trump-allied and Pahlavi-oriented opposition is in fact reproducing toxic aspects of the regime and reinforcing it.

By embracing tough economic sanctions against Iran’s oil industry and banking sector—reinstated after the Trump administration withdrew from the 2015 nuclear deal—the opposition has undercut the middle class as a historic engine of meaningful change in Iranian society. Similarly, the working class, on whose radicalization and revolt the opposition has pinned its hopes, is also bearing the brunt of sanctions and is being increasingly disabled rather than enabled by them.

Apart from being ethically questionable, the opposition’s efforts and hopes for “starving” ordinary Iranians into an uprising could backfire. Factory laborers, truck drivers and school teachers who have staged general protests and strikes across the country over the past months might direct their ire not only at the systemic corruption and mismanagement at the heart of the regime but also at foreign foes. Those struggling to survive adverse economic conditions may also have less time and energy to focus on political aims, and may even look to emigrating abroad for better economic opportunities.

In general, economic sanctions weaken the forces they are meant to empower. With the rare exception of apartheid South Africa, this has been the case in countries from Cuba to Venezuela to Zimbabwe and North Korea. It is no wonder, therefore, that some prominent political prisoners have denounced US efforts to “save” Iran from the Islamic Republic.

In an open letter recently circulated from inside Iran’s notorious Evin Prison, Farhad Meysami, a jailed human rights activist and medical doctor, slammed the Trump administration for shedding “crocodile tears” for him. “I was paging through a newspaper when I suddenly caught a glimpse of a story and got riveted to the spot. Apparently, [Donald] Trump’s State Department has called for the ‘freedom’ of this humble civil activist,” Meysami wrote. “Actually, I prefer to serve my whole life in jail at the hands of a group of wrongdoing compatriot oppressors and spend it endeavoring to rectify their mistakes, but not be subject to the stigma of deal-breakers’ support,” he continued, ending his letter with a pointed plea: “I request the likes of Trump, [Mike] Pompeo and [John] Bolton to shed their crocodile tears for human rights elsewhere.”

Sanctions also tend to strengthen the most repressive forces in a country, in Iran’s case, the IRGC. The Guards already control a sizable chunk of Iran’s economy; under sanctions, it is building its stake in the lucrative industry of sanctions evasion and smuggling. As the Washington Post’s Jason Rezaian noted about the last round of sanctions: “Soon enough, well-connected officials and their families with access to the black markets will begin importing and selling goods at exorbitant prices, callously taking advantage of the misfortune that their cronies in government helped create.”

While the opposition says it aims for unity, it engages in practices that are divisive and alienate potential supporters.

In a recent speech at the Washington Institute for Near East Policy, Reza Pahlavi called for a “change” in the workings of media organizations that are funded publicly such as the Persian services of the Voice of America and the British Broadcasting Corporation. “These are agencies that American taxpayers or British taxpayers have been funding, but basically have been heavily penetrated by reformist elements that are there to support the regime,” he said during a question and answer session. While Pahlavi stopped short of explicitly calling for the dismissal of these journalists, some of his firebrand supporters in Farashgard have been systematically campaigning, including on social media, for such outcomes.

Suppressing dissent and silencing non-conformist voices in the name of “truth” is the modus operandi of the Islamic Republic.

Some regime change activists sympathetic to Farashgard also openly advocate the execution of Iranian leaders and other top officials once the regime collapses, thus endorsing a repeat of the large-scale purge of opponents by the Islamic Republic in its early years after the 1979 revolution. Such a radical stance will only convince members of Iran’s military, security and intelligence community that their survival is closely tied to that of the regime and to take all necessary steps to ensure its survival. We already know the atrocities they are capable of by looking not just at the 2009 post-election protests known as the Green Movement, but also the Syrian Civil War.

Lastly, the Trump-aligned Iranian opposition rallying around Pahlavi, recently appeared in an eighty-minute question and answer segment on a reportedly Saudi-funded news channel, arousing suspicions that they are advancing the interests of Iran’s chief regional rival while claiming to work for the well-being of ordinary Iranians.

The Islamic Republic has been lucky over the past four decades to have dealt with an opposition that replicates many of its own worst practices. To be successful, an opposition organization must be truly inclusive and demonstrate the practices of the democracy it hopes to install in Iran.

Read about the Farashgard movement in this piece by Alireza Nader.